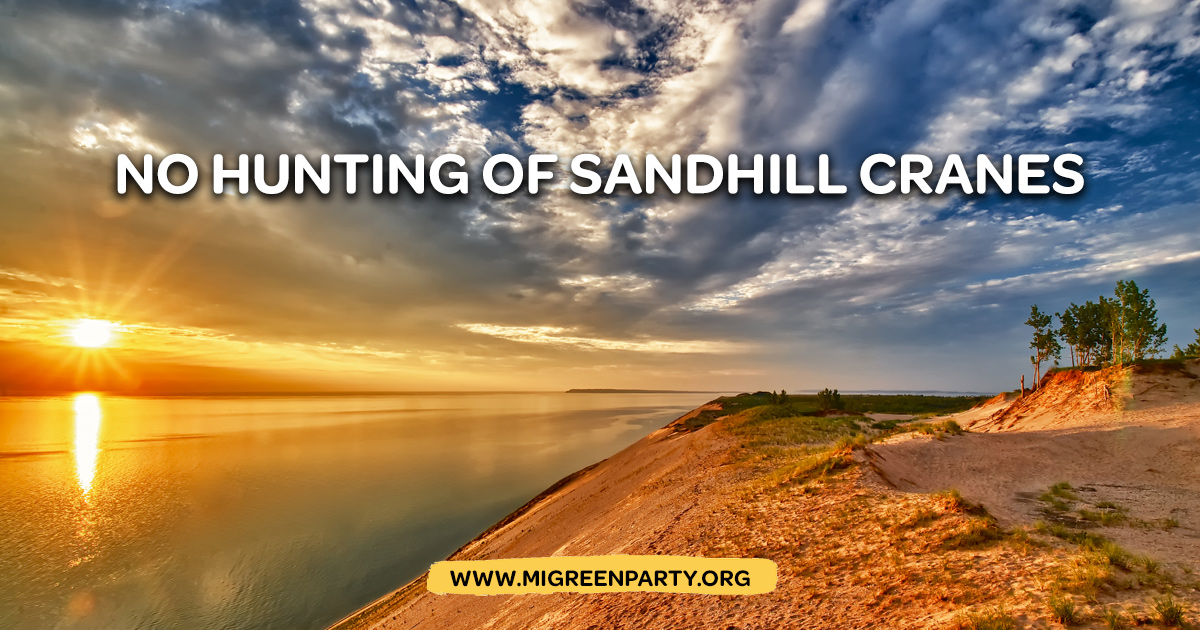 The Green Party of Michigan has come out in opposition to Michigan State House Resolution 154, which urges the opening of a recreational hunting season on sandhill cranes.

GPMI's consensus decision matches its opposition to a similar proposal for hunting mourning doves, which voters rejected by over 2-1 in a 2006 referendum. 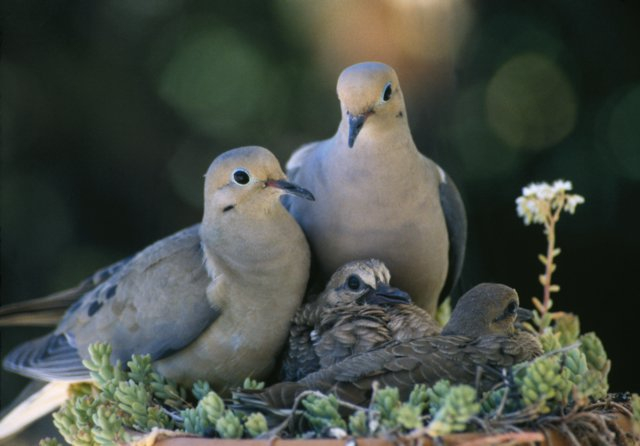 Hunting and loss of habitat almost wiped out sandhill cranes from Michigan in the mid-20th Century. Sound, scientific non-game conservation policy has helped the birds recover to a stable population; hunting them is not a vital part of anyone's way of life or subsistence, and there are effective non-lethal means of preventing conflict with farming activities.

Linda Cree, a longtime Green living in the Upper Peninsula, observes: "That awed sense of stepping back in time one feels when a crane flies over or calls from a nearby marsh isn't surprising. They're believed to be the oldest bird species on Earth, going back over 9 million years just as they are today!

"It would be tragic if these great birds were to become simply trophies for hunters and a few more dollars for the DNR through hunting licenses!"

Aimee Cree Dunn of the national Green Party's Animal Rights Committee points out: "To the Anishinaabe, Sandhill Cranes are a symbol of leadership and a key clan animal. To kill these birds for sport is not part of an honorable harvest and can't be justified."

"Natives and tourists alike enjoy the opportunity to see these magnificent animals in their natural environment without having to go birding to find one. But these migratory groupings would be interrupted by hunting – and these very intelligent birds, who frequently grace the roadside on the drive along Lake Superior, would be inhibited from showing themselves year round if hunted."

And John Anthony La Pietra, a member of GPMI's platform committee, adds that CraneFest at Baker Sanctuary near his Marshall home draws thousands of visitors every October to come see and hear the iconic species. "Even economically, the bottom line is that a properly managed and protected population of sandhill cranes is good for Michigan."

For more information on the history of sandhill cranes, visit http://www.songbirdprotection.com/about-sandhill-cranes.html

For more information on the Green Party of Michigan, its values, and its platform -- and how you can get involved -- please visit the party's Website at www.MIGreenParty.org, or the migreens Facebook page.