CCC Webinar: Ramping Up for 2022: A Call with Justin Paglino 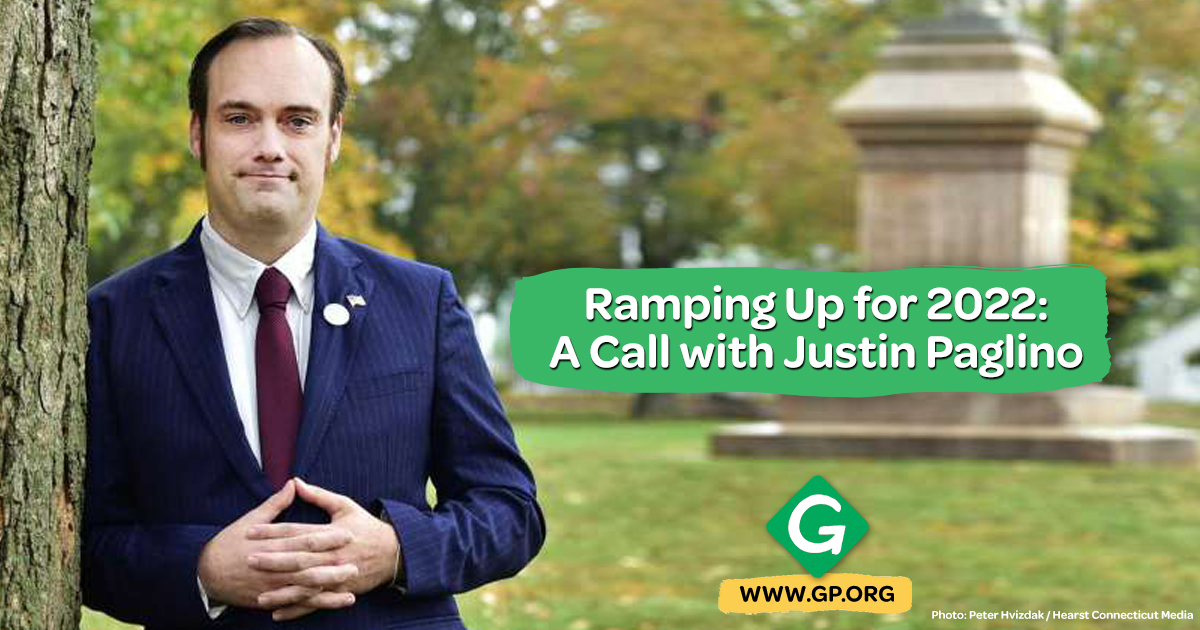 Thinking about running for office?  It's not too early to think about 2022!

Join this call to hear from recent Congressional candidate Justin Paglino about his 2020 race and how he's gear up already for the 2022 campaign.

Justin Paglino for All (J4A) was the 2020 race for the US House Representative seat for Connecticut's 3rd District.  As a first-time candidate, Justin ran on the Green Party line to champion Medicare for All, Ranked Choice Voting, a Green New Deal, and other social, environmental, and health justice issues.  Though the initial campaign didn't attain the seat, Justin has decided to run again for the 2022 race because the work he set out to do is not complete.  In tonight's webinar, Justin will talk about his experiences during his first run, what it meant to run during COVID, and how he is approaching the new campaign differently this time around.  Justin will be joined by his Campaign Manager, Sivan Amar, on tonight's talk to discuss the role of the CM and how to build a campaign from the ground up.

Justin Paglino is a published and award-winning MD, PhD living in Connecticut who transitioned from science and virology to dedicate more time to political activism. He also teaches and plays the piano and keyboards in a few local bands. Justin has previously served as the Secretary of his town's Democratic Town Committee and has led a Democracy for America Chapter in New Haven, CT.  He is currently an active member of the Connecticut Green Party, Physicians for a National Healthcare Program (PNHP), Medicare for All Connecticut, and Voter-Choice Connecticut (a Ranked Choice Voting grassroots group).  Justin ran on the Green Party Line for the Congressional seat of District 3 in Connecticut in 2020, a district comprising 25 towns.  Justin is running again for the same seat in 2022 because the work he set out to do is still incomplete:  we still need several broadly popular Green Party policies to be implemented, including Medicare For All, a redirection of resources from warfare to the people’s welfare, urgent action to reduce greenhouse gas emissions, and policies to reverse the ongoing worsening of egregious economic inequality.

Sivan Amar is a volunteer political activist engaged with DSA and an organizing member of Medicare for All CT.  She has previously acted as Deputy Data Team Manager on the nationally-recognized Tiffany Caban for Queens District Attorney race in 2018-2019, and campaign manager on the Democratic State House Representative campaign of Dave Yaccarino for East Haven in 2020.  Sivan joined Justin 4 All in January 2021.

RSVP below. You will receive an automated response which includes the call-in information.  This will be sent to the email address we have on file for you.  If you do not receive the email, contact [email protected] for the information.