An excerpt from our platform

The Green Party stands firmly for social justice for all those living in this country regardless of their immigration status. Above all, policy and law must be humane. Anything less would be inconsistent with our Green Values, and with our nation's values.

The Green Party accepts as a goal a world in which persons can freely choose to live in and work in any county he or she desires. We recognize that this would be impractical without reciprocity between nations. We seek that reciprocity as a practical goal. Countries do have a right to know the identity of persons seeking to enter. They also have the right to limit who can come in to protect public safety. 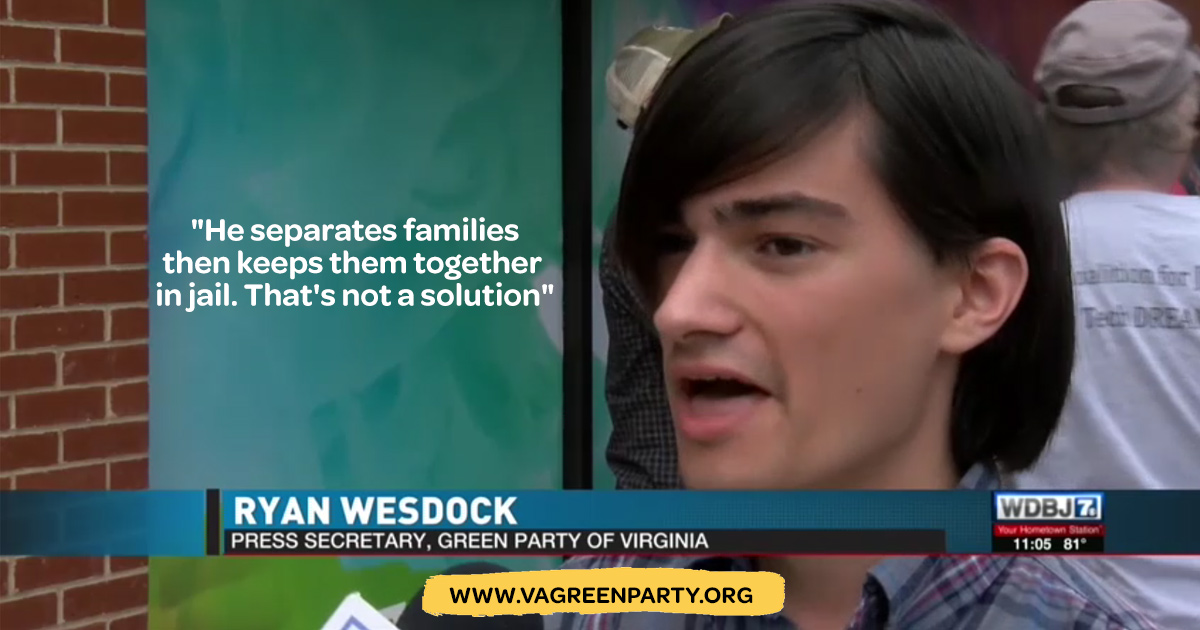 CHRISTIANSBURG, Va. (WDBJ) -- More than 200 people gathered Wednesday, waving signs and chanting things like, "Families belong together," all in the hopes their message would ring clear with Congressman Morgan Griffith of Virginia's 9th District.

"We're here because this is our Congressman's office, who is completely unavailable," said demonstration participant Marian Mollin. "Doesn't do town halls, doesn't speak to us, so this is our way to speak to him, and therefore, the federal government." 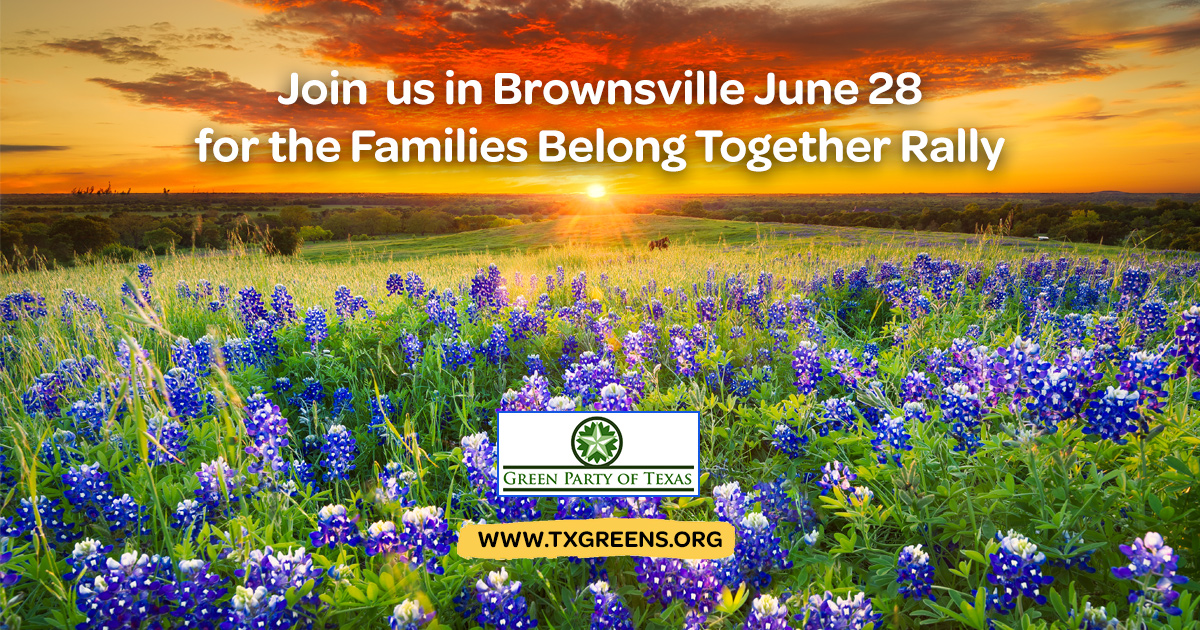 On June 28th, families, advocates, and allies will rally in the park across the street from the Brownsville Federal Court, where immigrants are being prosecuted en masse for crossing the border into the United States, and then separated from their children. There are families that are legally seeking asylum that will have their children taken from them. Enough is enough!

Green Party members from across Texas will be traveling to Brownsville, Texas. 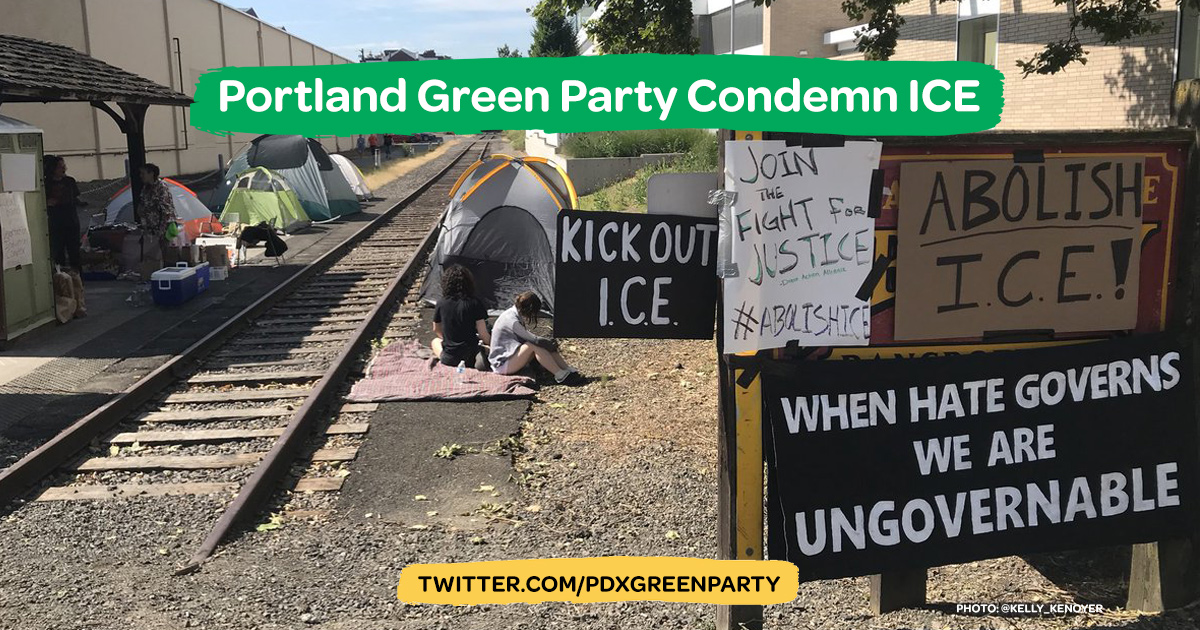 Portland, OR – The Green Party of Portland condemns the actions of the Department of Justice (DOJ), the Department of Homeland Security (DHS), and Immigration and Customs Enforcement (ICE) for separating families in the name of making our country "great." The removal of children from their parents is traumatic, heartless, and immoral. Despite President Trump's assertions, this is not the way.

Despite the assertions of Democrats, they too have a shameful history of supporting deportations. We support the #OccupyICE action and any nonviolent means of resistance against ICE facilities in our community and across the United States. 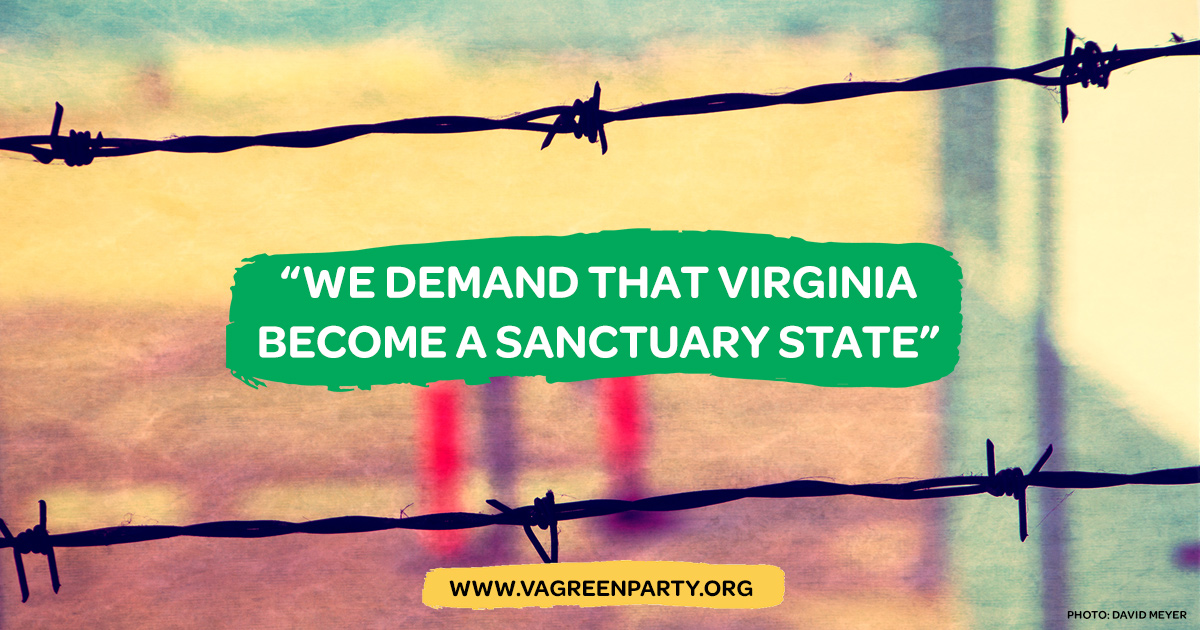 RICHMOND, VA -- The Green Party of Virginia is appalled by the treatment of immigrant children at Health and Human Services (HHS) centers across the country. The Department of Homeland Security (DHS), in conjunction with Border Patrol agents, Immigration and Customs Enforcement (ICE), and the Department of Justice (DOJ), has forcibly taken nearly 2,000 children from their parents in the last several months. Despite President Trump’s statements, there is no law forcing the President or any executive agency to remove children from the custody of their parents.

We are witnessing the separation of families at our borders. Babies are being taken away from their parents. We all know that America has a history of separating families. This has to stop.

Here in Texas, there are families that are legally seeking asylum only to have their children ripped from them and in some cases their children are detained thousands of miles from their families.

Read more
Green Party of Utah Condemns the Separation of Families and Demands the Defunding of (ICE)
Jun 14, 2018 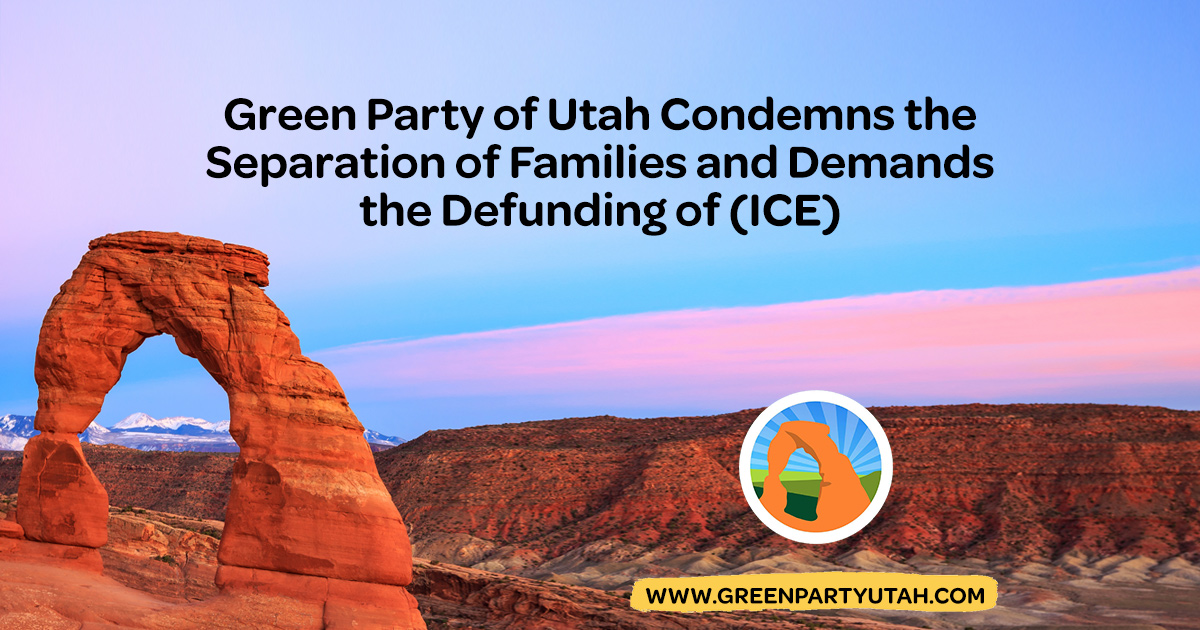 Salt Lake City, Utah - The Green Party of Utah (GPUT) is denouncing the U.S. Federal Government’s practice of separating children from their immigrant families and is demanding the dismantling of ICE to put an immediate halt on inhumane policies.

The Green Party Platform on Immigration stands firmly for social justice for all those living in this country regardless of their immigration status. Calling for humane policy and laws are consistent with Green Values, and the nation’s values. 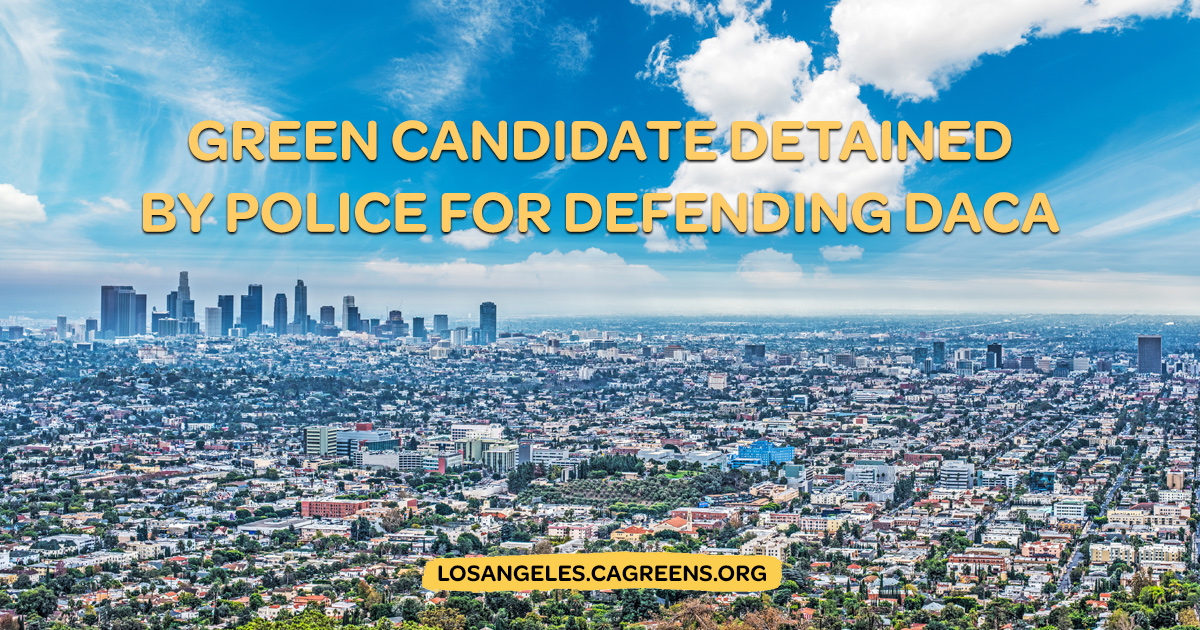 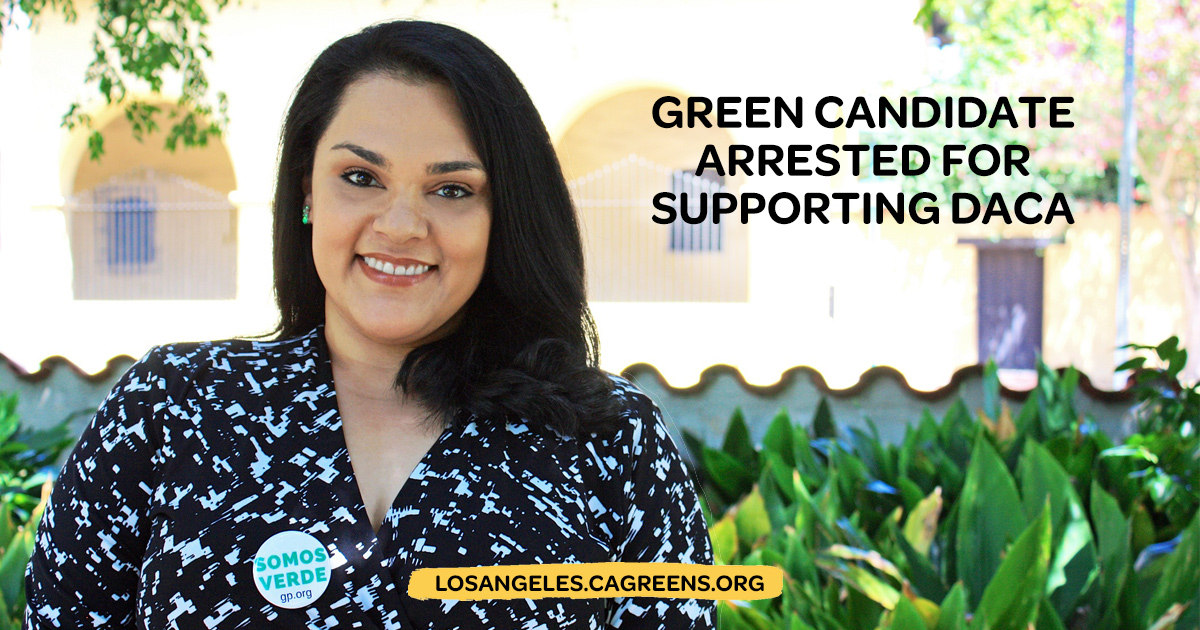 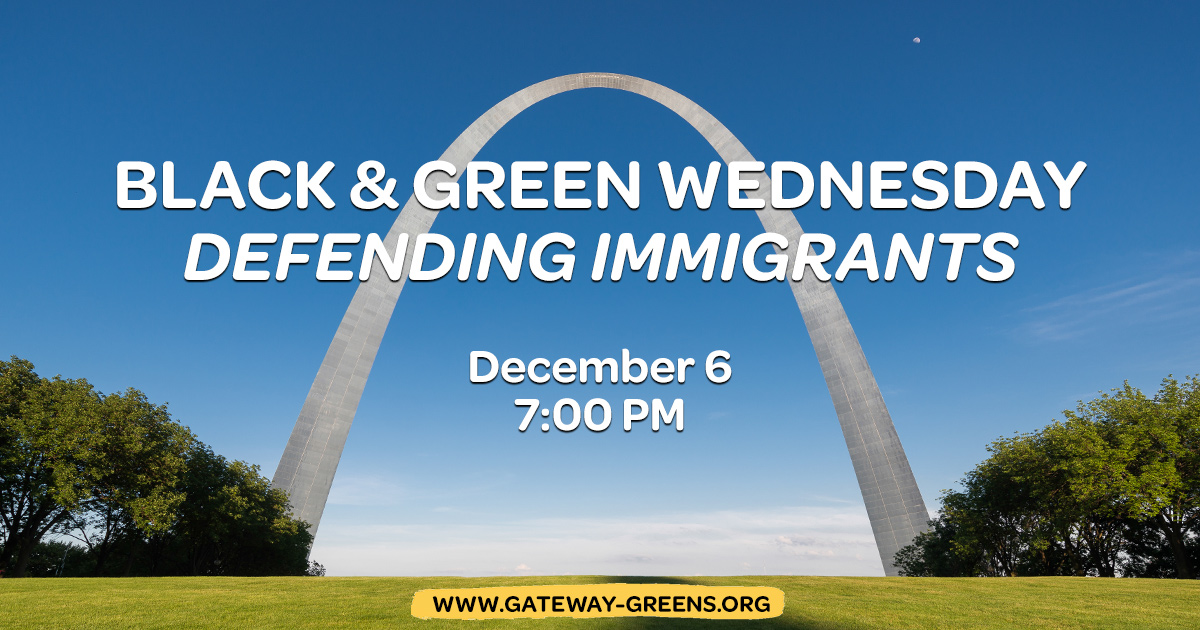 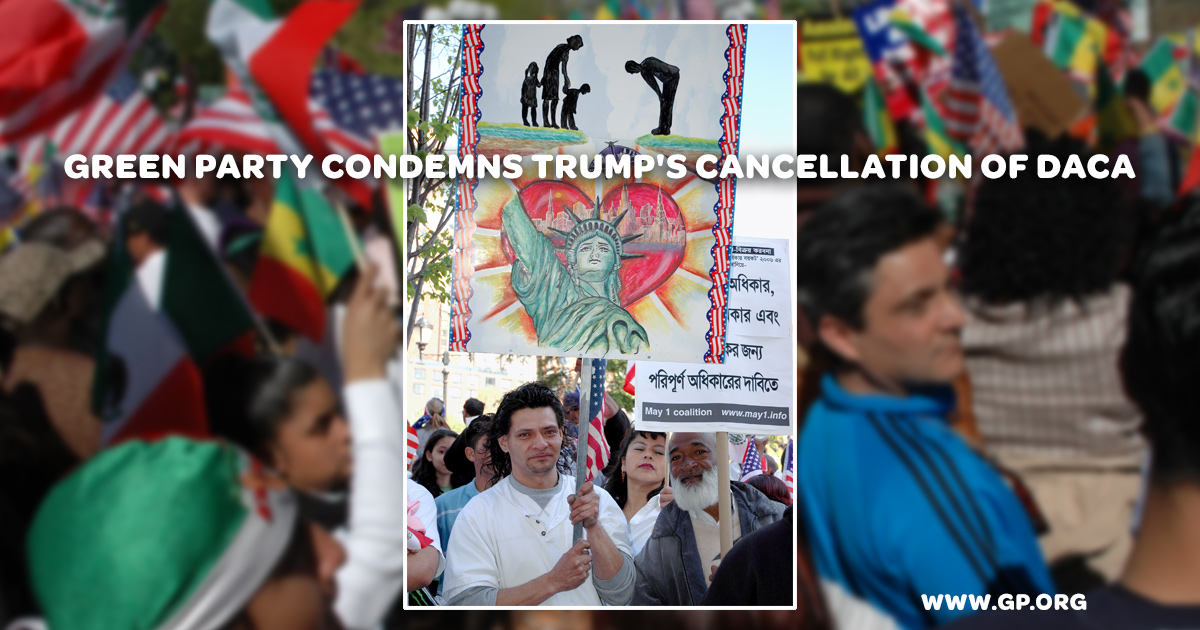