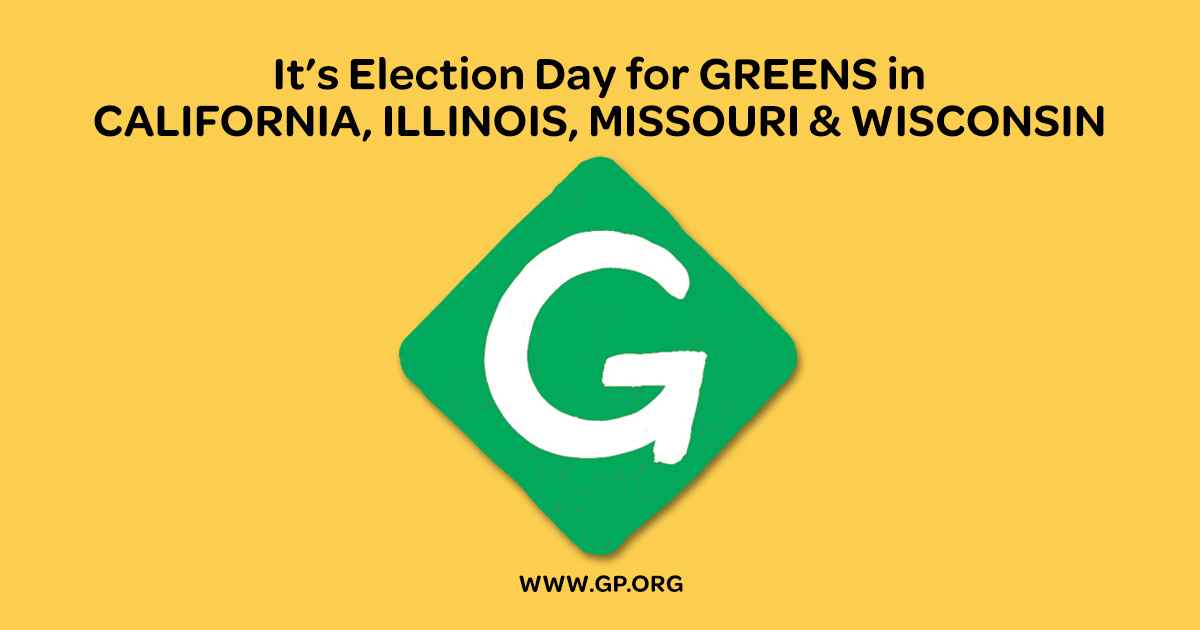 WASHINGTON, D.C. -- At least 17 Green Party candidates are running for public office in various elections on Tuesday, April 4, including contenders for Mayor of St. Louis and U.S. Representative in Los Angeles, three incumbents for local office in Illinois, and two incumbents in Wisconsin.

The Green Party is focusing on local and statewide elections after the tumultuous 2016 presidential election year. At least 142 Greens hold elected office in 17 states as of the November 2016 elections.

"I grew up and have lived in St. Louis my entire life. I have dedicated my life to working with friends and neighbors to ensure this community thrives," said Johnathan McFarland, Green candidate for Mayor of St. Louis, Missouri, in a statement about his campaign. "If elected, my first priority is community inclusion in decision making processes that affect our diverse city. I will work each day to ensure that the needs of our entire city are understood, and are accommodated fairly and effectively."

On April 3, Green officeholder Tony Del Plato was sworn in as a Village Trustee in Interlaken, New York. He was elected on March 21.

Kate Gore for Board of Alderman

Hannah Donelle LaChance for Board of Alderman, St. Louis, Ward 11

Stephanie Dingis for Board of Alderman, St. Louis, Ward 13

Scott Summers for McHenry County Regional Board of School Trustees

Ali Muldrow for Madison Board of Education
Campaign site: https://alimuldrow.com