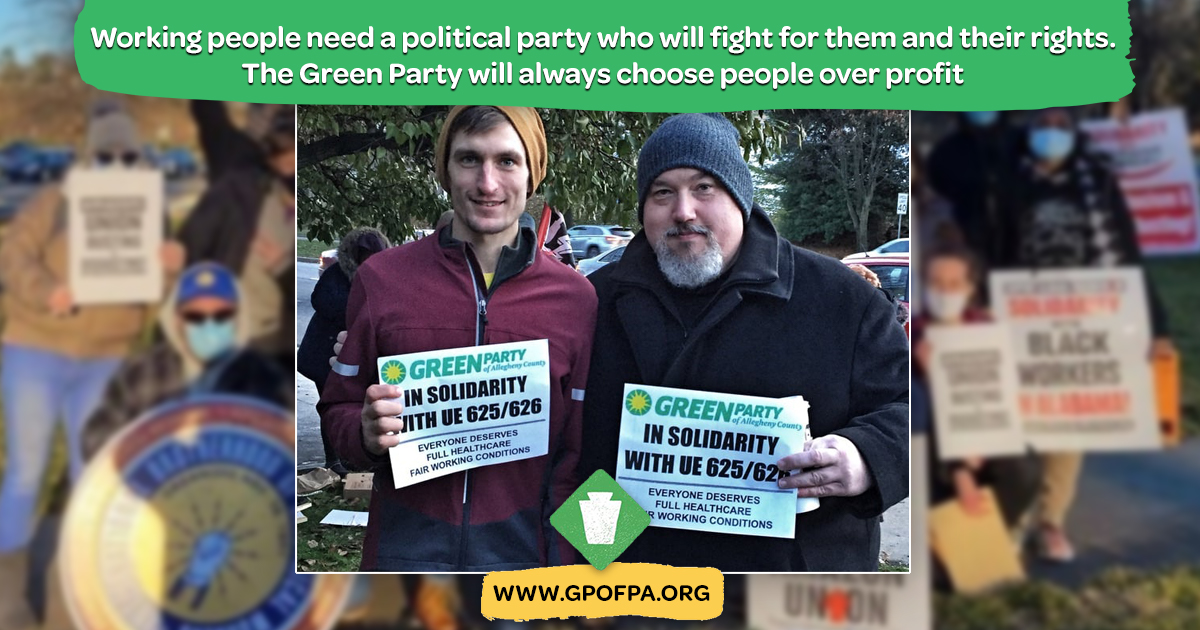 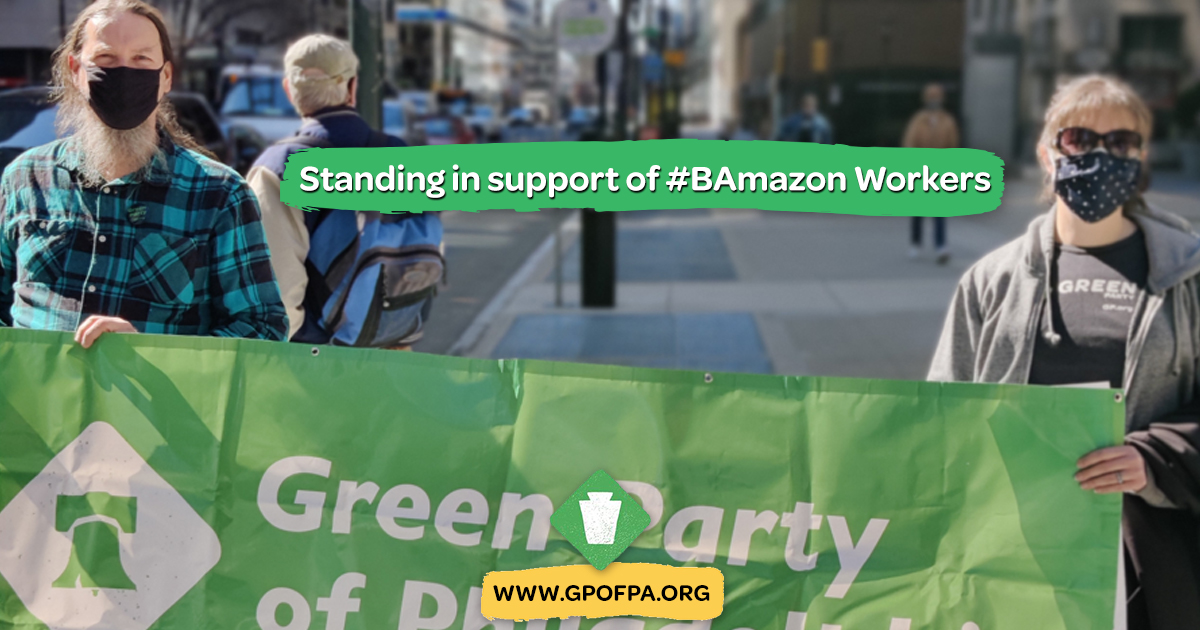 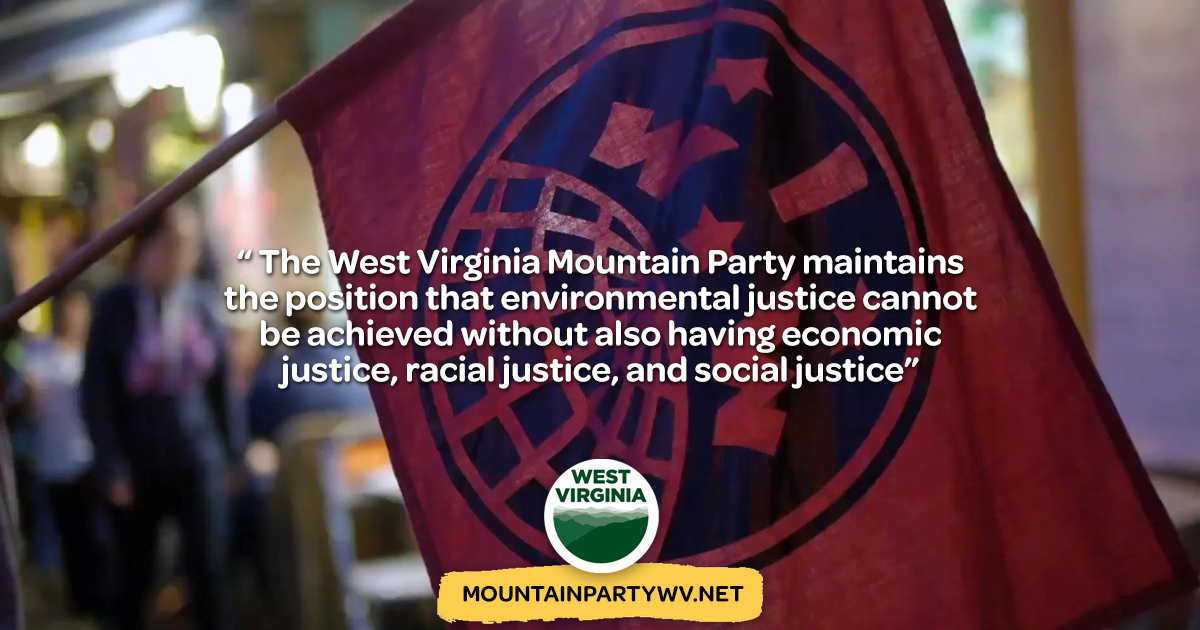 Salem, WV – A Resolution in Support for OVEC Unionization

WHEREAS, the employed majority of the Ohio Valley Environmental Coalition (OVEC) has voted to form a union under the Industrial Workers of the World (IWW) to advocate for improved workplace conditions; 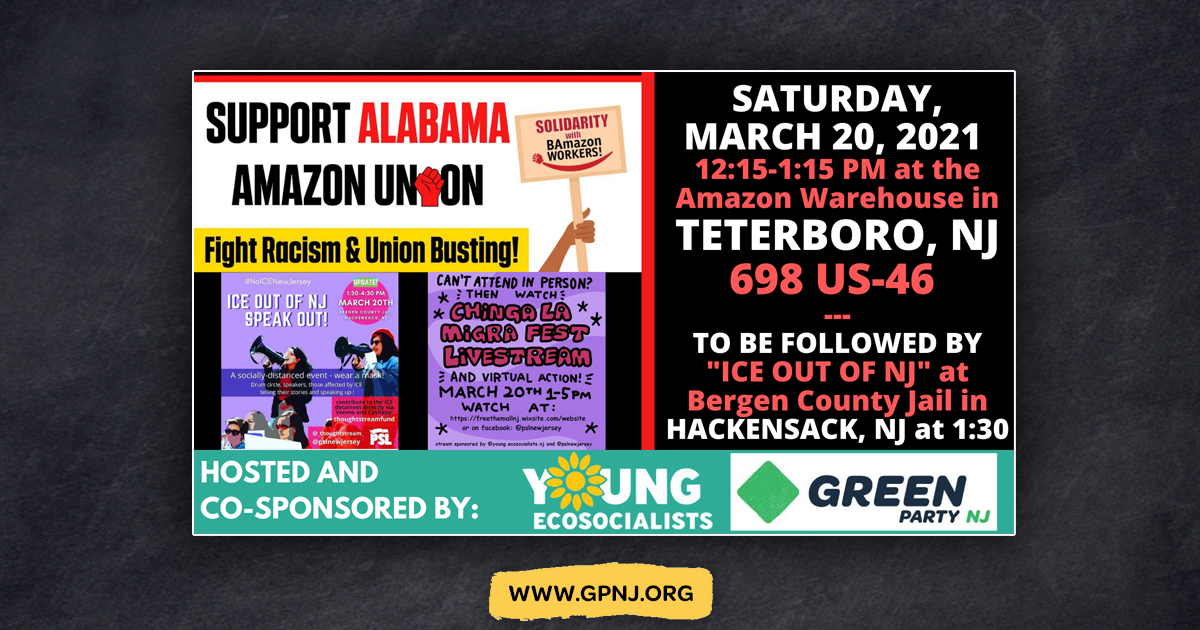 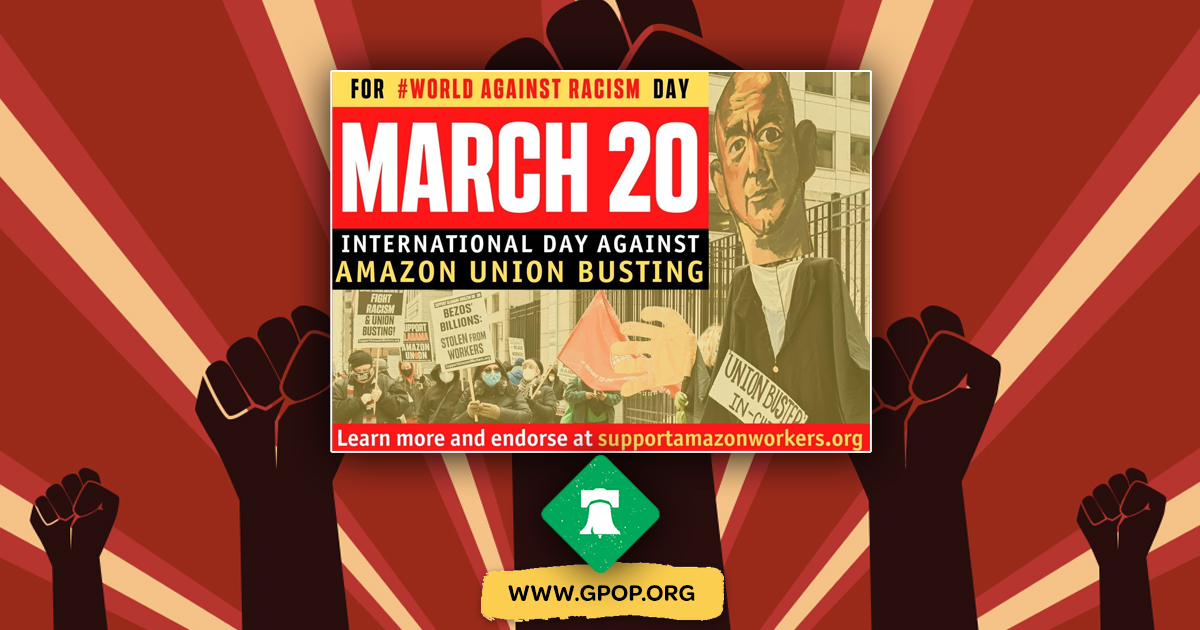 The Green Party of Philadelphia (GPoP) officially endorses and will participate in the national day of action on Saturday, March 20 in support of the Bessemer Alabama Amazon Workers as they take on a courageous, historic vote to form a union.

Starting at 2:00 p.m., there will be a rally and march from the union-busting law firm Morgan and Lewis at 17th and Market Streets to Whole Foods. 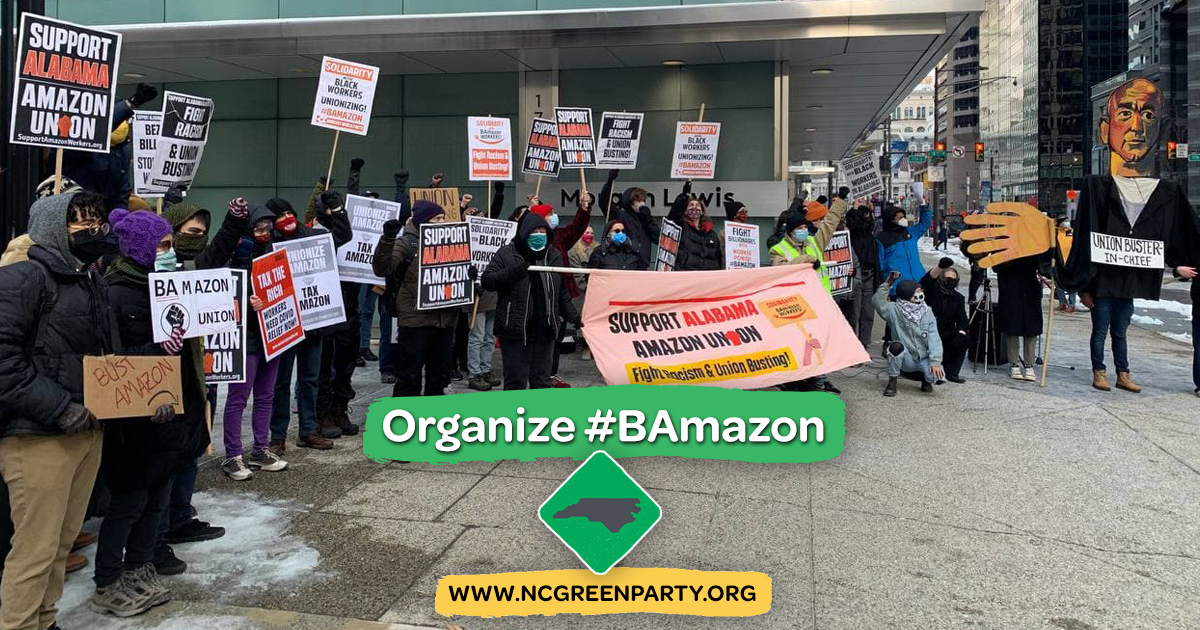