Green Party will respond to Trump's State of the Union with a special GreenStream broadcast, videos, and more 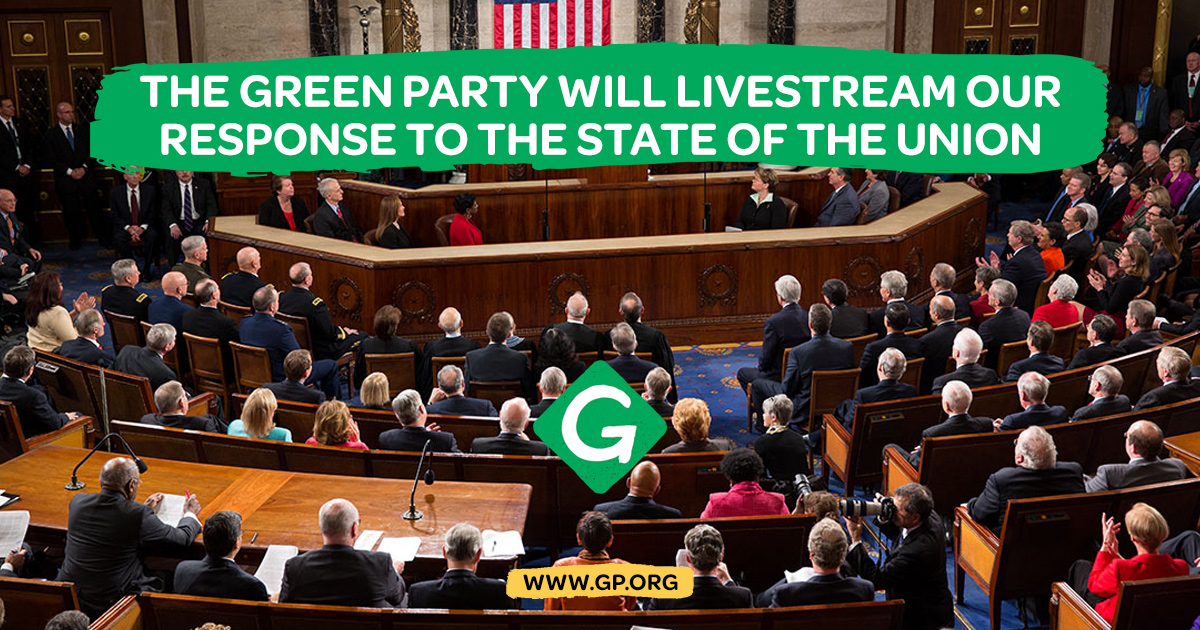 WASHINGTON, D.C. -- The Green Party of the United States will respond to President Trump's 2018 State of the Union address on Tuesday, February 5, with a special broadcast of GreenStream and videos from Green Party candidates and activists.

Jill Stein, the Green Party's 2016 presidential nominee, will comment on Mr. Trump's speech before Congress immediately after the broadcast and will take questions from viewers.

The show will air on the Green Party's Facebook page on Tuesday, February 5, at 9:00 p.m. ET, 6:00 PT, and will begin with a simulcast of the President's speech.

Greens will address the president's statements and policies on a variety of issues, as well as recent actions by both Democrats and Republicans, and offer an alternative set of ideas and solutions. Green candidates have promoted the Green New Deal, a comprehensive program to boost the economy, create millions of new jobs, and provide for human needs by mounting an aggressive effort to stem the advance of climate change.

Greens are planning other responses to the State of the Union, to be announced.

GreenStream is the Green Party's livestream show. More GreenStream broadcasts and Green Party videos can be viewed on the party's video page.