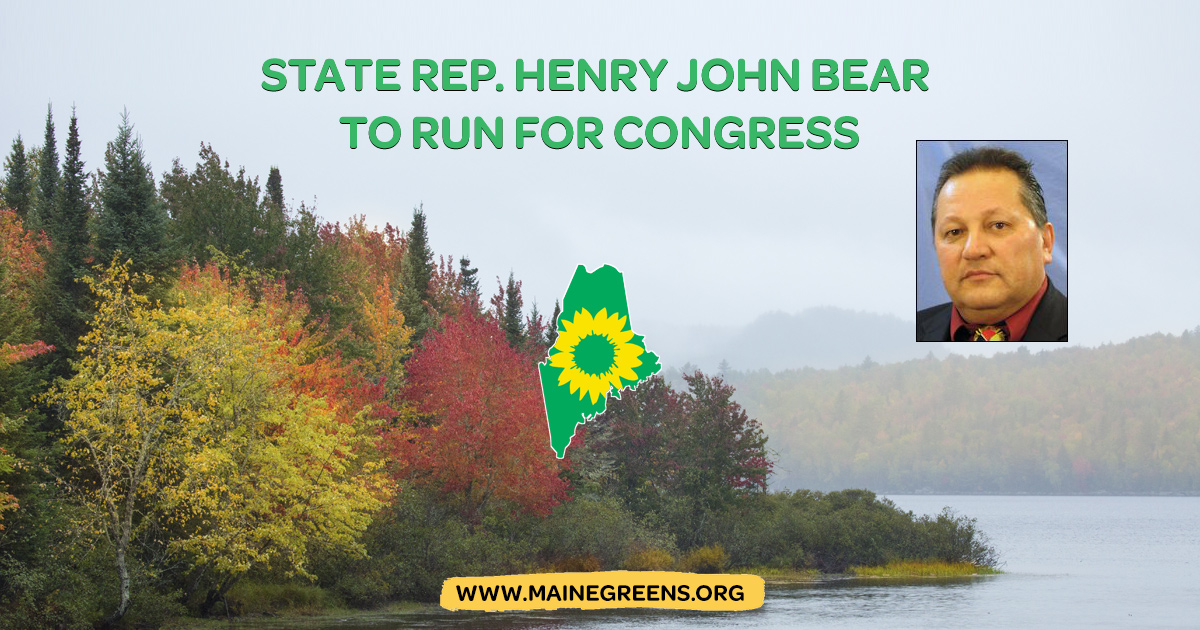 On Monday, Henry John Bear, Tribal Member Representing the Houlton Band of Maliseet Indians in the Maine House of Representatives, officially registered as a member of the Maine Green Independent Party. The move comes in anticipation of his Friday announcement as a Green candidate for U.S. House Representative to Maine's Second Congressional District, challenging incumbent Congressman Bruce Poliquin, R-Maine.

Bear will announce his candidacy with an event at 2:00 p.m., Friday, at the Aroostook Treaty Education Center, 41 Elm Street, in Houlton. 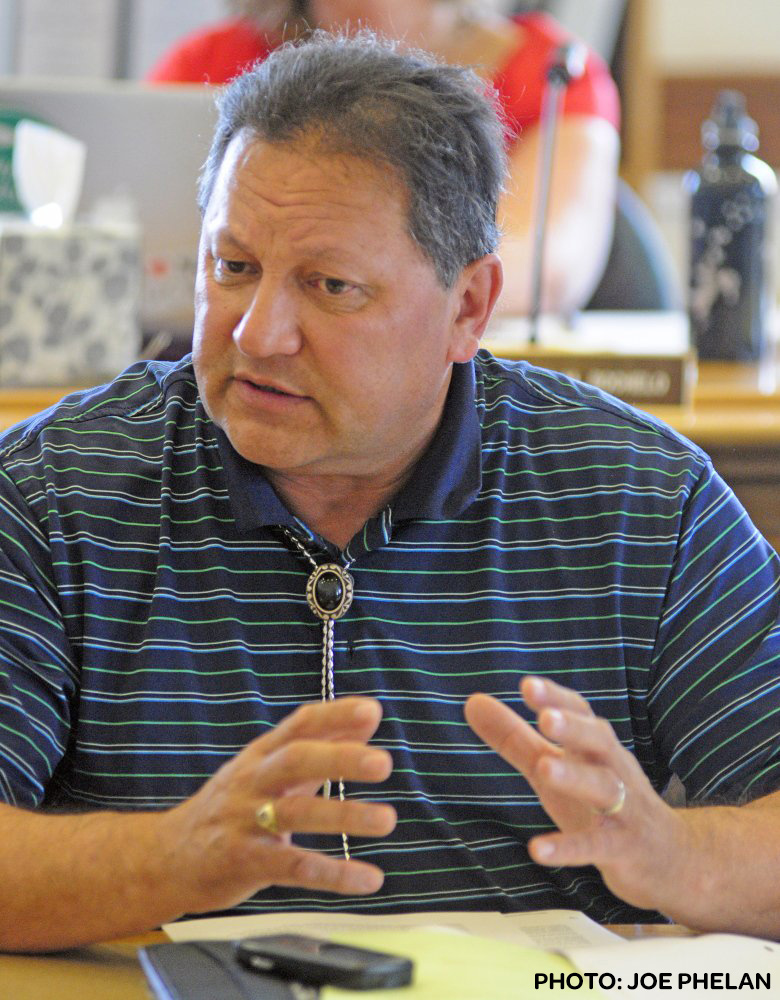 "I'm different," said Bear, "and that's why I have a reasonable chance of succeeding in this campaign. I represent change. I'm capable, fearless when necessary, and the first tribal member with a law degree to run for U.S. Congress in Maine. Due to my life experience with the U.S. Coast Guard as a rescue coordinator, followed by extensive legal, small business and legislative experience, I am motivated to not shy away from conflict. Instead, I run toward it seeking to know who's in trouble and what the threat is, and then take timely action to help. That's my nature."

In registering as a Maine Green Independent, Bear joins Ralph Chapman, G-Brooksville, as the second legislator in Maine serving in the Maine House of Representatives. Maine now has the two highest elected Greens in the United States.

Bear is a distinguished House member, in his third term representing the Houlton Band of Maliseets. He has been roundly praised for his work on the Veterans and Legal Affairs Committee, helping to move through a bill to provide tuition assistance for veterans, for example, and earning the American Legion's Legislator of the Year Award in 2016. A 15-year veteran of the Coast Guard, Bear works as a designer on the guided missile destroyer program's naval weapons electrical systems at General Dynamics' Bath Iron Works.

Now he looks toward serving the tribes and all people of Maine's second congressional district in a federal role, prioritizing issues on the environment, civil rights, strength through non-violent and humanitarian military sophistication, and economic equity.

Bear points to incumbent Poliquin's lack of support for Medicaid expansion, which recently passed overwhelmingly at the ballot box, as a clear sign the people of the Second District need representation that more closely aligns with their interests.

In joining the MGIP, Bear credits Green Presidential Candidate Jill Stein and Chapman, his seatmate in the House, for articulating positions that aligned with his own and drew his attention to the rising interest in the Maine Green Independents.

"I have found that our issues are very similar," said Bear, "especially on the issues of the environment and civil rights and economic equity. I believe in health care for everyone who can't afford it and I believe in ensuring that one person's hard day's work results in a living wage, enough for a house and a car payment, and food for her family."

While Bear will announce his candidacy Friday in the Aroostook County watershed traditional to the Maliseet Tribe, he is also the son of a French Canadian-American mother, with parents married in the Catholic Basilica of Saints Peter and Paul, was born in Lewiston at St. Mary's, lived in four excellent Auburn foster homes, and graduated from Edward Little High School, then the University of Maine at Presque Isle, before earning his law degree in nearby New Brunswick.

"You could say I'm a true son of the Second District," Bear said, "born, educated, and life-long resident. I have skills to put differences aside and use democratic solutions to achieve a truly moral economy and push back against powerful bullying in all forms. We have the technology to communicate with each other, anywhere, instantly. I will use it to implement policy agreements that move us toward a healthy and prosperous community, a progressive and transparent government, and safer and more inclusive world community."