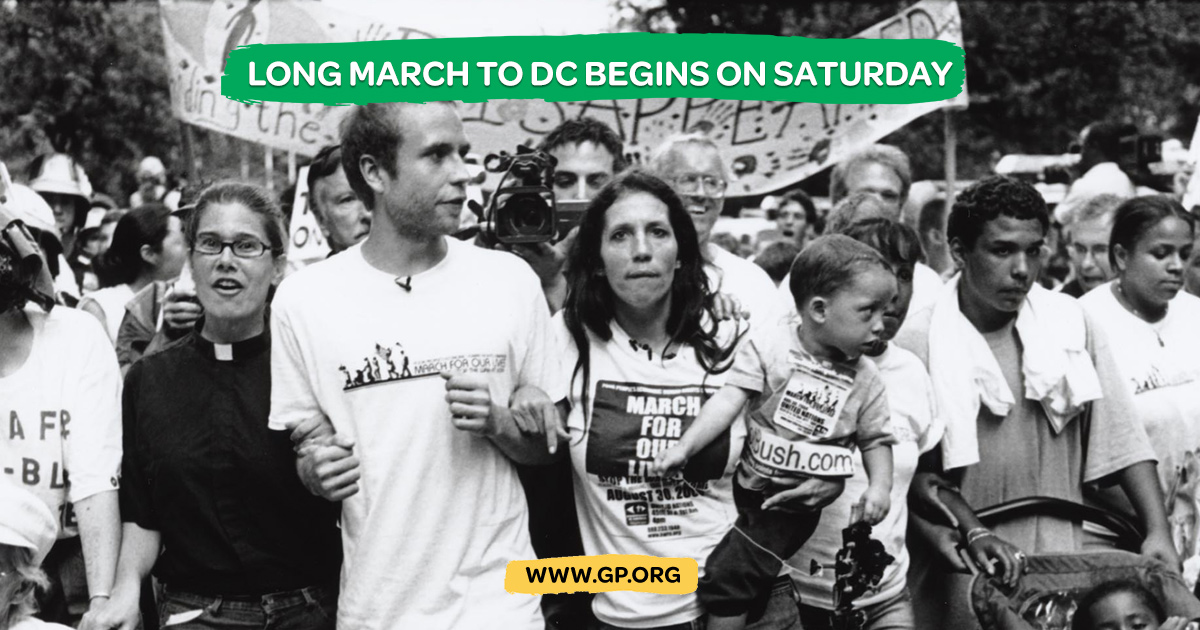 On Saturday, June 2nd, the Poor Peoples March on Washington DC will begin in the Kensington neighborhood of Philadelphia, the poorest District in Pennsylvania. This march will mark the 50th anniversary of Dr. Martin Luther King Jr.’s Poor People’s Campaign and Resurrection City erected in 1968 on the National Mall. The march will begin on June 2nd from the Kensington neighborhood of Philadelphia and end on June 12th at the National Mall in Washington, D.C. where we will be joined by the Homeless Marathon.

As put by Poor People’s Economic Human Rights Campaign (PPEHRC) member, Galen Tyler: “We are this new and unsettling force that King spoke of in 1968.”

Sign up to join us for the Poor People’s March and donate $10 today to support this effort. 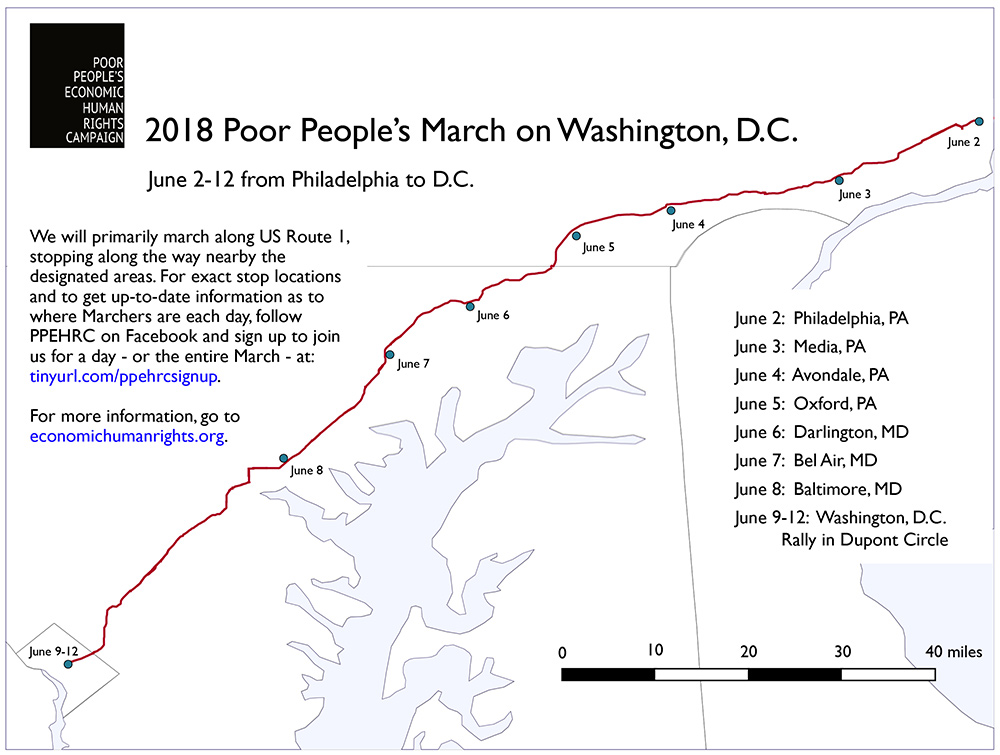 Kensington is home to the highest death rate of ANY major U.S. city. In 2016, 64,000 Americans died from opioids – more than in the entire Vietnam War (55,000). In Philadelphia, there were 1,200 overdose deaths last year due to mostly opioids. It has quadrupled the murder rate.

Kensington is also home to the Kensington Welfare Rights Union (KWRU). The KWRU was created as a direct response to the cuts in public assistance at the same time that no jobs were being created for welfare recipients. Cheri Honkala went on to become the first welfare recipient to testify before Congress about the impact of the welfare cuts (see Myth of the Welfare Queen). At the time, politicians were slamming the poor by creating images of welfare queens and deadbeat dads instead of telling the real story which was one of poor single mothers and unemployed fathers, entering the prison system in record numbers to become a part of the prison industrial complex. This led KWRU to look for help and models of organizing outside of their own neighborhood and soon they linked with the poor in both urban and rural areas around the country that were facing the same plight, forming the Poor People’s Economic Human Rights Campaign.

From a neighborhood that once was filled with factories, offering a blue-collar life of making hats and cigars, now is ground zero in a drug war, where the number one source of income is drugs and the second welfare, and where mothers hope daily that their sons come home alive. It is these very real daily lives in a war zone that have given rise to the 2018 Poor People’s March on Washington, D.C.

Yes, we the poor will march and speak for ourselves: the homeless, residents of Puerto Rico robbed of our land and culture, people in recovery, the disability community, the ‘welfare queens,’ the ‘deadbeat dads,’ homeless veterans, the hustlers, young and old, immigrants, the criminals, the ‘undeserving’ poor, black, white and Brown.

We will march for our lives and when we arrive we will construct Resurrection city and Reclaim our future for generations to come.

Those endorsing the march include: