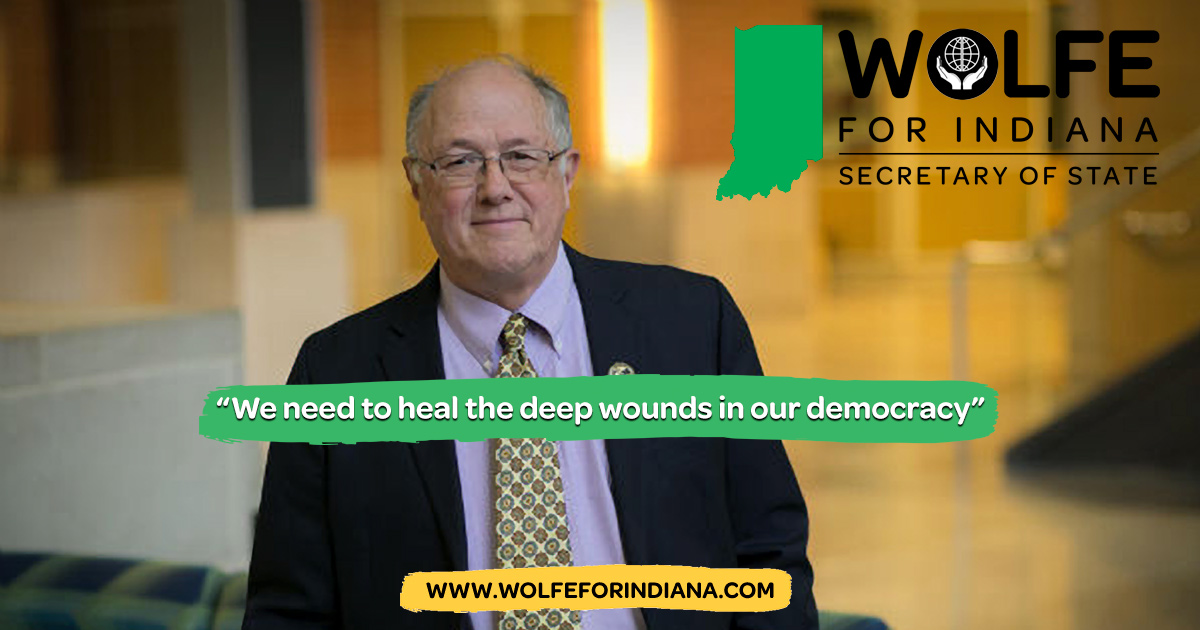 This year, I have had the honor of representing the Indiana Green Party as their candidate for Secretary of State. I chose to ally myself with the Green Party because I personally resonate with its core values of grassroots democracy, ecological wisdom, social justice and nonviolence.

I have traveled around the state over the past nine months meeting many thoughtful and concerned citizens, people of all colors and creeds, from many ethnic backgrounds and economic levels. Campaigning has taught me the value of personal connection, and how everyone is important in our great country.

It has also revealed how tired people are of the offensive, irresponsible and adversarial rhetoric coming from our politicians. The majority of Americans want candidates to focus on positive ideas and issues, and work together to move our state and country forward toward greater economic and social equality.

What follows is a list of recommendations I have gleaned from listening to Hoosier voters which, if put in place, would go far to restoring public trust and healing the deep wounds in our democracy.

Finally, as voters become more aware and informed about these issues, we can restore to Indiana and our nation an inclusive democracy that represents all citizens regardless of ethnicity, religion, age, gender or sexual orientation.

George Wolfe is the Green Party write-in candidate for the office of Secretary of State in Indiana. He is the former Director of the Ball State University Center for Peace and Conflict Studies, is a trained mediator and the author of The Spiritual Power of Nonviolence: Interfaith Understanding for a Future without War. He has been endorsed by the grassroots organization “92 Counties Strategies.”