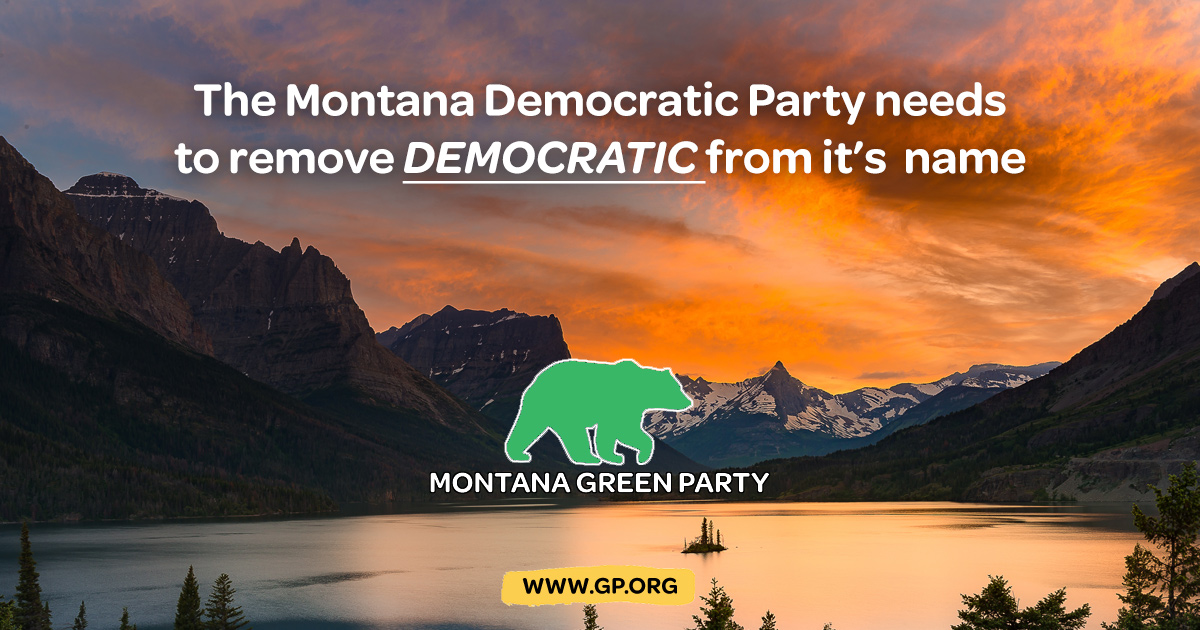 So when the Montana Green Party turned in enough signatures to qualify for the ballot this year, what do you think the Democrats did?

It may surprise you, but the Democrats’ actions were the exact opposite of their words. They immediately launched an all-out attack, bringing in big money international corporate law firm Perkins and Coie in an effort to throw the Greens off the ballot.

This is the same law firm that told the court in the DNC fraud class action lawsuit brought by Bernie Sanders supporters that the Democratic Party is a private organization with no obligation to follow its own rules about holding an impartial primary, and that the DNC could have chosen its candidate in a smoke-filled back room if they wanted.

After the Democrats’ lawyers complained about technical irregularities with a handful of the over 7,000 signatures verified by local election officials, a district judge ordered the Montana Green Party off the ballot. But they’re not done fighting yet!

Their fightback has been inspiring, but it’s likely to be a hard legal fight and they will need help.

They have an opportunity to hire an attorney who has won victories for the right to access the ballot across the country in states like Arkansas, Oklahoma and Tennessee - but to do so, they need to raise $2,000 as soon as possible.

The Montana Green Party already has several candidates running for office, including longtime Greens Steve Kelly for US Senate and Doug Campbell for US Congress, as well as young Green Adrien Owen Wagner, a member of the Blackfoot Native American tribe, running for state legislature.

If the Democrats succeed in removing Greens from the ballot, it will disenfranchise thousands of Montanans who signed Green ballot access petitions and voted in the recent Green primary.

The Montana Greens are ready to fight for their right to participate in democracy all the way to the Supreme Court. But as a grassroots party fighting a deep-pocketed political establishment, they need all the support they can get.

It has been rewarding and inspiring to see Greens rising up around the country to lead the charge for an America, and a world, that works for all of us. Let’s stand with them. Together, we are unstoppable.

It’s in our hands!
Jill Stein