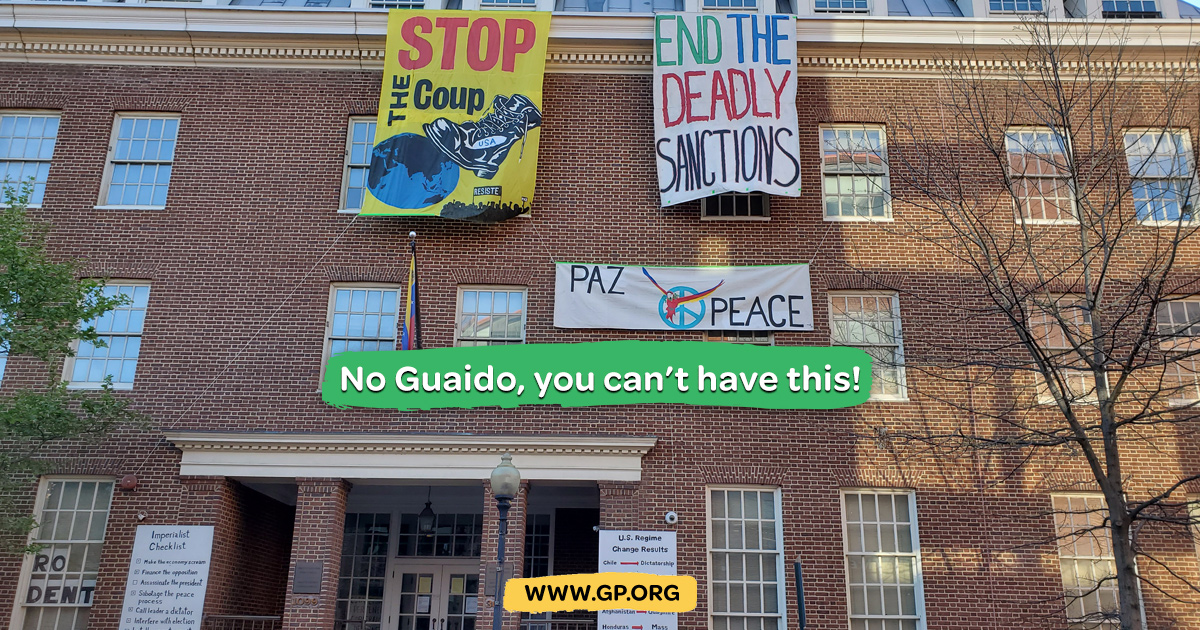 Venezuela: Embassy Protection Collective 'the next two days are crucial' 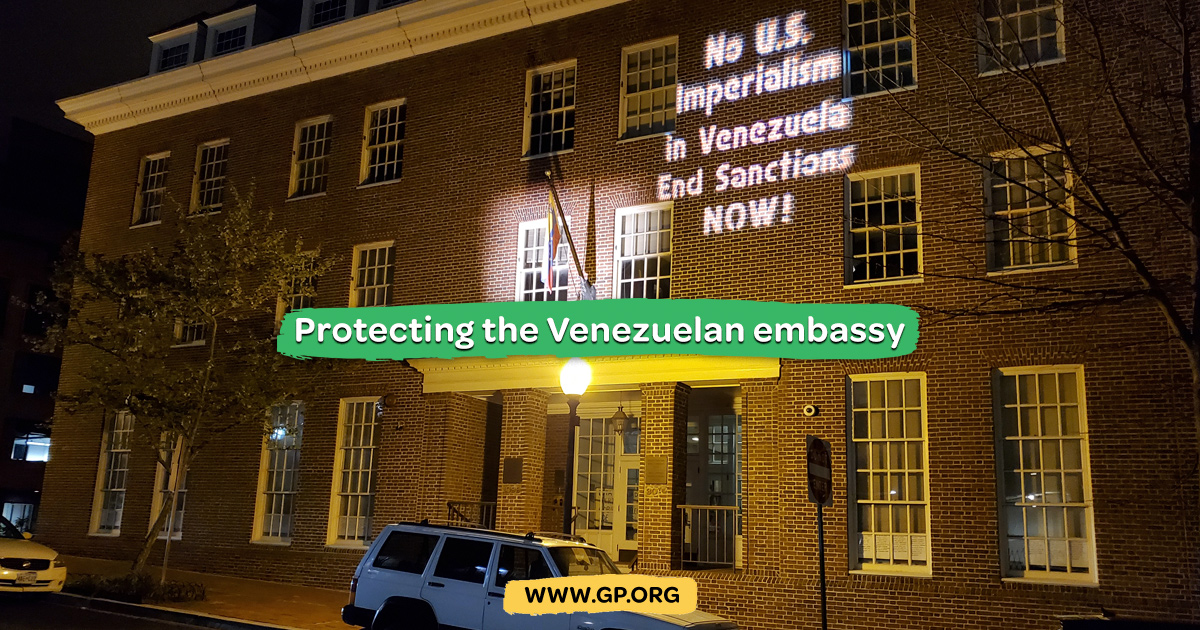 Greens are political activists and can be found in every movement for economic, racial and environmental justice as well as peace. They do not organize as Greens but as people who are part of the popular movement. The article below about the week of protests against NATO highlights Greens who participated, often as organizers with other peace and justice activists. There were many more Greens at these events than are mentioned. I apologize to those who are omitted.

Last week was one of contrast over the issue of war and militarism as the North Atlantic Treaty Organization (NATO) came to Washington, DC. “No to NATO” protests began on March 30 and continued until the meeting of NATO foreign ministers on April 4. While people were opposing NATO’s aggressive militarism, the two Wall Street and war parties were giving the NATO General Secretary standing ovations.

Report on trip to Venezuela

We just returned from a week-long visit with a peace delegation to Venezuela. Please join us for a livestream report this Thursday at 7 p.m. EST. View the livestream at the Facebook page of NJ Revolutionary Radio.

When we talked with Venezuelans they told us how pleased they were people from the United States were in Venezuela and could see what was really happening in their country. They wanted us to return to the United States and tell the truth about Venezuela — that is exactly what we will be doing.

In response to the seizure of the Venezuelan consulate in New York (Monday 3/18/2019) by allies of self-declared leader Juan Guaido, members of the Green Party's Latinx Caucus joined other demonstrators in defense of Venezuela and of international diplomatic law.

Greens from the Latinx Caucus along with allies from "A Call to Action on Puerto Rico" had been engaged in a rally for the Independence of Puerto Rico at the United Nations when word came that Guaido's supporters had seized Venezuela's diplomatic properties in Washington and New York. Bronx native and Green Party Latinx Caucus Co-chair William Nogueras stated, "we received word that right-wing supporters of Guaido occupied the consulate on 51st., so we all went straight over to defend Venezuela." This seizure of Venezuela's diplomatic properties, apparently supported by the U.S. government, was in violation of the Vienna Convention on Diplomatic Relations which requires host countries to protect diplomatic missions.

Why I am Going to Venezuela!

That's it, in one word. And there's more!

I am writing this because many people have been asking – and have been worried – about my planned trip to Venezuela with a political delegation of 20 people from 7 countries that will be there from March 28 through April 7. 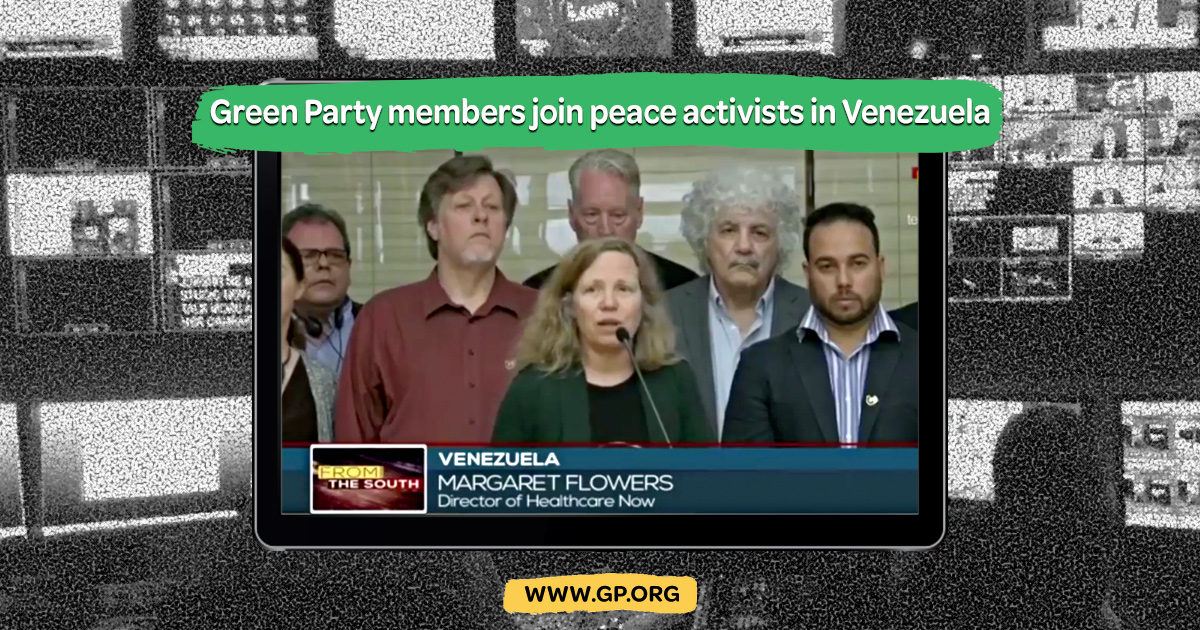 telesur coverage of a press conference held by the US Peace Council Peace Delegation during a visit to Venezuela. 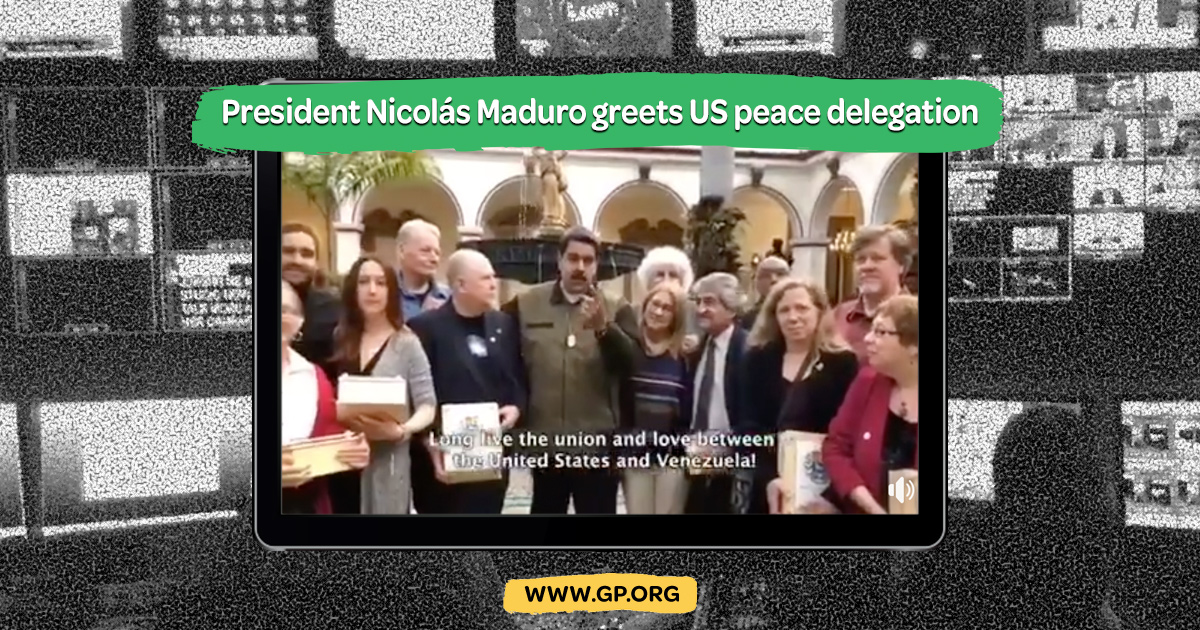 Green Party members who are part of a US Peace Council Peace Delegation to Venezuela recently met with President Nicolás Maduro.

Meeting with President Maduro were Ajamu Baraka, a member of the steering committee of US Peace Council and National Organizer of Black Alliance for Peace; Margaret Flowers, co-director of Popular Resistance; Kevin Zeese, co-director of Popular Resistance and advisory board member of World Beyond War and Joe Lombardo, national coordinator of the United National Antiwar Coalition.

Green Party of NJ Letter of Support for March 16 Hands Off VZ! 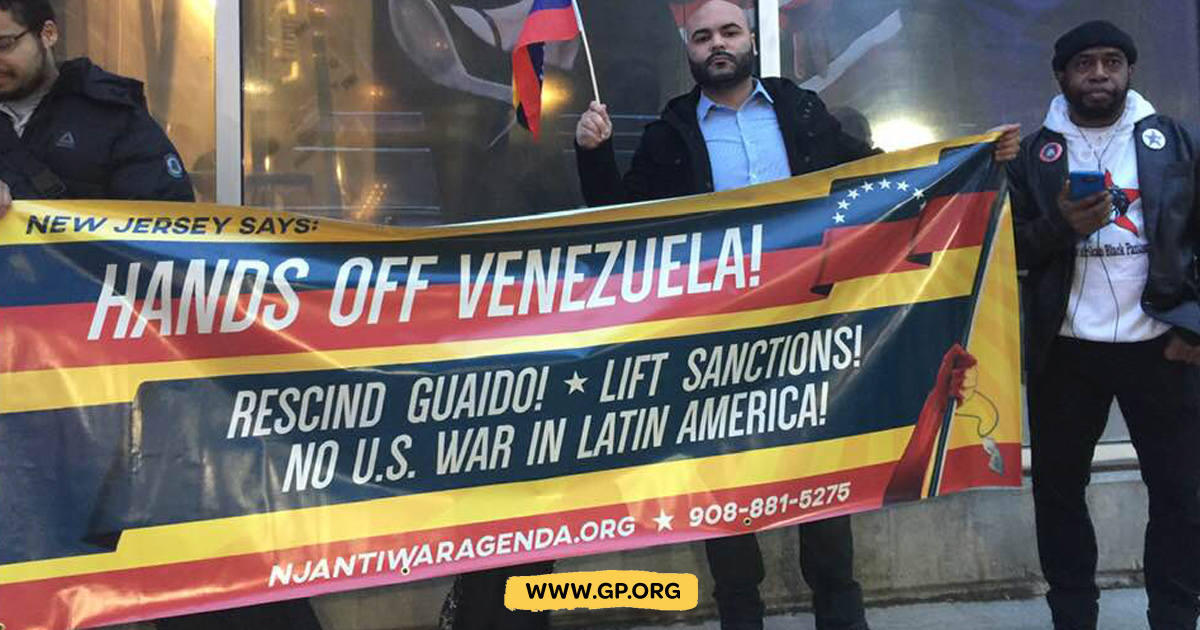 The Green Party of New Jersey is supporting and participating in two upcoming national marches in Washington, D.C. to oppose the US coup-plotting toward Venezuela and to oppose NATO’s role in endless US war-making. The first one is on Saturday March 16 and the second one on Saturday March 30.  We are working with our movement partners #NJAntiWarAgenda, NJ Peace Council, Hands Off Venezuela, NJ and others toward mobilizing a bus to each of these events.