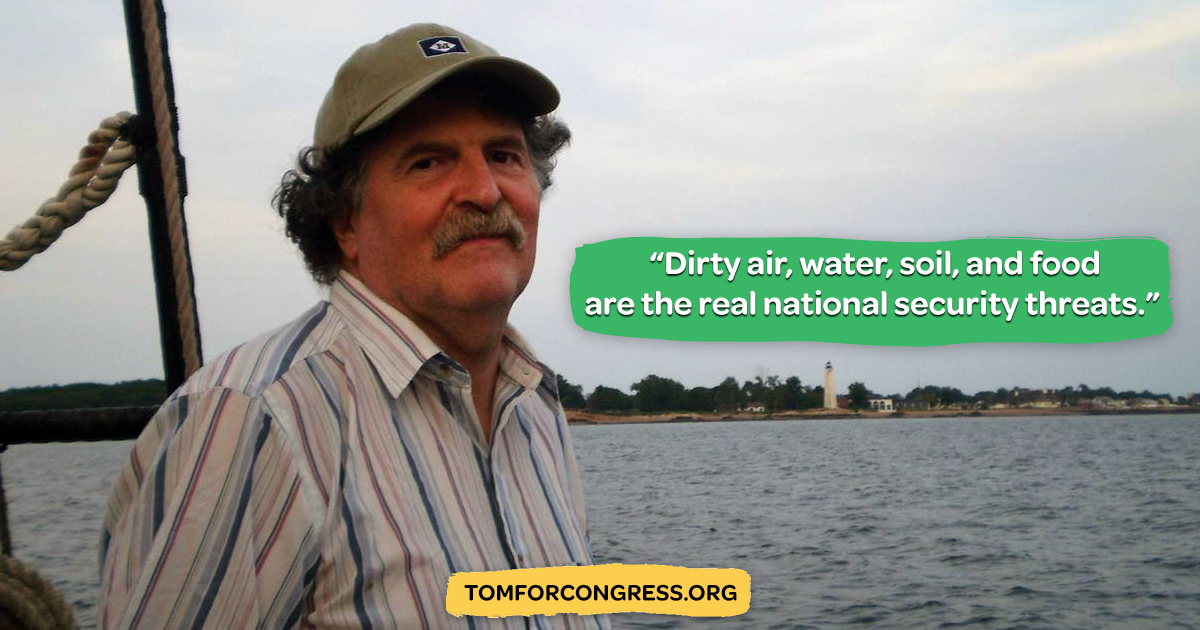 I, Tom McCormick of West Hartford, am pleased to announce that the CT Green Party has nominated me to run for the first district congressional seat in CT. I support the party's platform, http://www.gp.org/platform and the Green New Deal http://www.gp.org/green_new_deal.

The campaign will be guided by Ten Key Values of the Green Party:

A primary focus of my campaign is advocating for a massive shift from Pentagon spending to health, education and welfare, and environmental concerns. Global warming with rising seas and deaths from the pollution of all sorts are the most significant national security threats.

"When the planet was last this hot, the oceans were twenty feet higher. The costs to the US will be catastrophic, worse than all wars to date."

"Federal debt service transfers billions from the middle-income ranks to the very wealthy. It is welfare for the rich."

I will vote against all spending on nuclear weapons and their delivery systems. This will include the Columbia class subs to being built at Electric Boat.

I will push for universal healthcare coverage that cuts out the health insurance industry. The present insurance healthcare system sucks up at least 25% of all healthcare spending. "The insurance companies are leeches that are sucking the life-force out of the American public from an oozing wound that it is about to hemorrhage and bleed us out."

There will be a large focus on energy issues. I will work to close the nuclear power plants immediately and rapidly phase out the coal plants. I opposed the State of CT efforts to subsidize Dominion Nuclear Connecticut Inc, LLC. which is now driving rated higher. "Millstone is poisoning us every day with ionizing radiation and jeopardizing the gene pool."

Concerning an issue of district concern: John Larson has been pushing for building the F-35. He claims it means local jobs at PW&A. He ignores that defense spending is hyperinflationary and per dollar spent creates fewer jobs than just about all other Federal spendings. The Pentagon has announced that at least 21 billion dollars' worth of new F-35's are so defective that they will never see combat.

"I say return these 21 billion dollars' worth flying turkeys to Lockheed for a refund. Larson says build more and thanks Lockheed for their five thousand dollar checks to support his reelection."