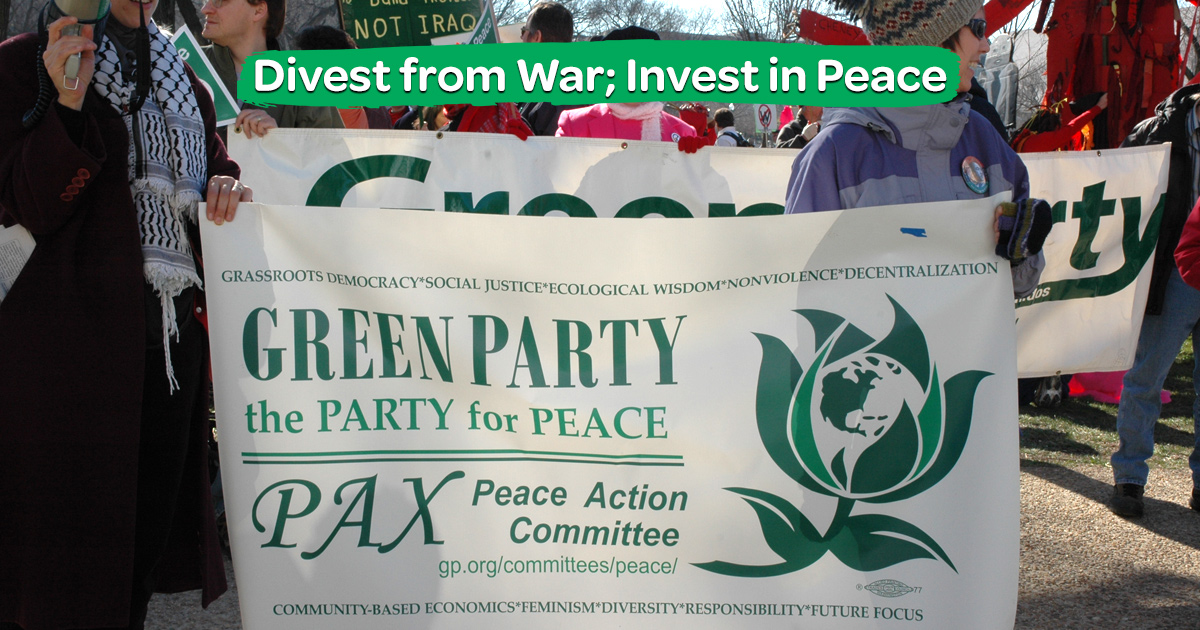 The Green Party of the United States has endorsed actions called for by a coalition of peace organizations in opposition to President Trump's plan for a military parade to be held in Washington, DC on November 10th, 2020.

The Green Party of Ohio, by consensus, has endorsed the August 25th Chicago March “Unite Against War and Police Violence” on the 50th anniversary of the 1968 Democratic Convention Protests.

Armistice Day, Not Weapons Day — Everything You Need for November 10th and 11th

If you can be in Washington, D.C., to oppose the Trump military parade, please sign up at notrumpmilitaryparade.us. There will be family-friendly, permitted, pro-peace events. There may also be opportunities to try to prevent the weapons parade. Or our public commitment to be there may discourage the parade planners from holding it. So it is important that we commit now en masse. 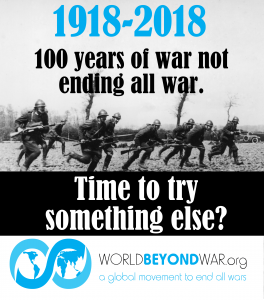 November 11, 2018, is Armistice Day 100, a century since World War I was ended at a scheduled moment (11 o’clock on the 11th day of the 11th month in 1918). For decades in the United States, as elsewhere, Armistice Day was a holiday of peace, of sad remembrance and joyful ending of war; of a commitment to preventing war in the future. The holiday’s name was changed in the United States during the U.S. war in Korea to “Veterans Day,” a largely pro-war holiday on which some U.S. cities forbid Veterans For Peace groups from marching in their parades. Trump has planned for this year a super-pro-war weapons parade — a Trumparade — for Washington D.C. on Saturday November 10th, the day before Armistice Day.

The goal is to get the weapons parade (now planned for November 10th) canceled but to carry through with our own peaceful Armistice Day celebration in Washington, D.C., and everywhere else on earth. If the Trumparade is not canceled, our goal is to be bigger and make a more impressive showing for peace and friendship than the weapons parade makes for war and hatred and profiteering greed.

Your help is needed planning Armistice Day / Remembrance Day events everywhere on earth, including adding your presence to those already scheduled. If you can start an event or a contingent to participate in a larger event, please enter it into this system so that it shows up on the map for others to find.