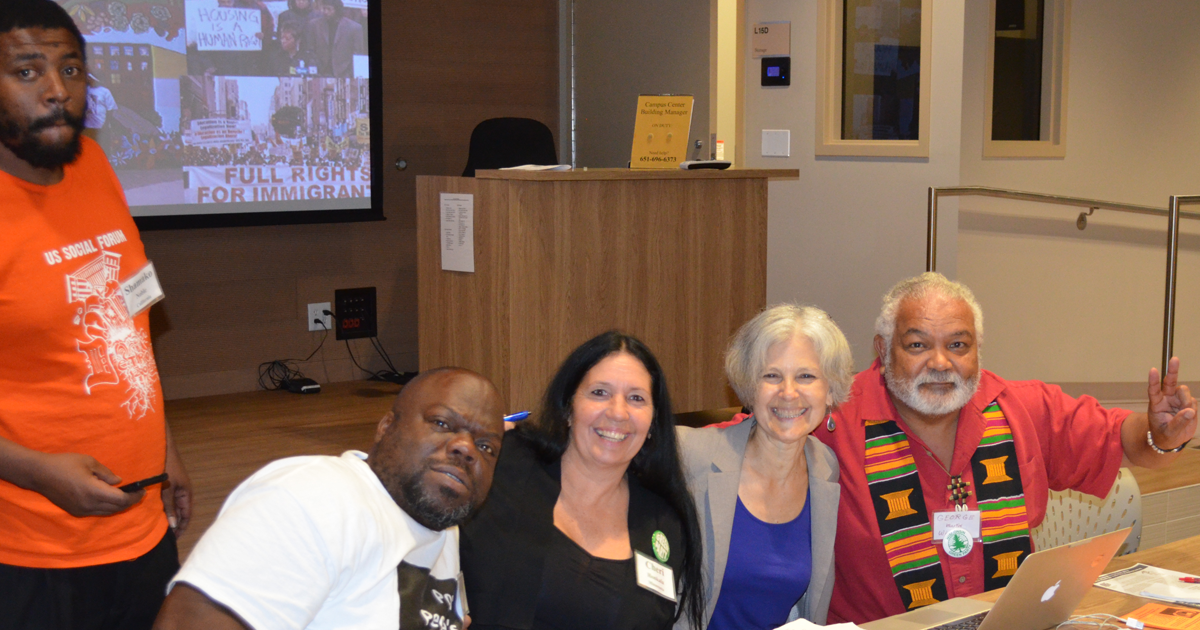 Greens from around the country get together in person every year in different locations. State parties put forward proposals to host the meeting, which are approved by the National Committee (NC).

Every four years, we have a Presidential Nominating Convention (PNC). State parties send delegations carrying votes for various Presidential candidates, which may have been chosen through a primary or, for states without official ballot status, some other internal process.

In non-Presidential years, we hold an Annual National Meeting (ANM). We generally don't make decisions at this meeting. Most of our internal business is conducted through online votes.

It's important to us that people of all income levels can attend. Registration for our meetings is always low-cost, there are generally low-cost housing and food options, and we offer waivers to some low-income members.

At both the PNC and the ANM, there are many opportunities for Green activists and people who just want to learn more about the Party. Activities include:


NOTE: State parties also have meetings, which are often listed on the Green Party calendar and state newsletters.

Annual National Meetings of the Green Party of the United States

Meetings of the Association of State Green Parties

Meetings before the founding of the Association of State Green Parties