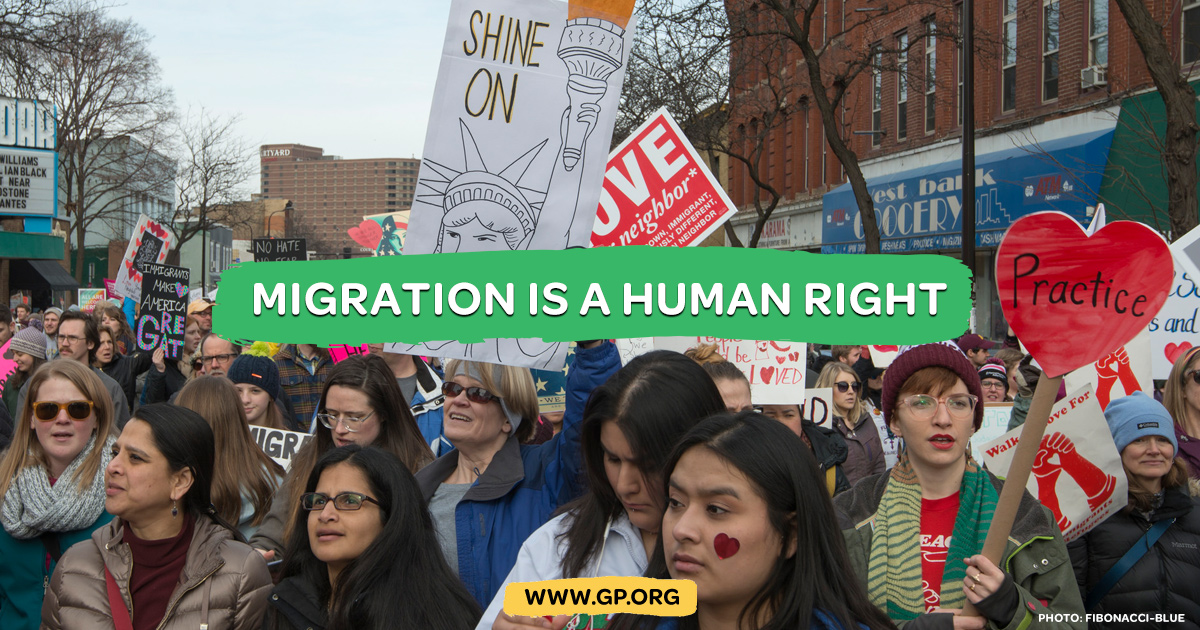 The Green Party of the United States expresses its outrage over the recent tear gas and rubber bullet attack on immigrants seeking legal asylum, as authorized by U.S. law, causing severe injury to asylees and creating mayhem in what should be an orderly process of intake and application.

Further, as a party of peace, we call for the immediate suspension of the tear gas attacks being launched over the border with Mexico, as this action constitutes unprovoked aggression against a sovereign nation and may be classified as an act of war.

The Green Party recalls at least two other recent incidences where the state has upheld systemic white supremacy, a violation of sovereignty, and increasingly full-scale militaristic assaults on oppressed peoples who are standing up for their survival--most notably the repeated strikes with rubber bullets and tear gas against protesters in Ferguson, MO during 2014 and the attack on protesters at the Standing Rock Reservation in North Dakota during the struggle against the completion of the pipeline on sovereign Native American soil during 2016. Both incidences demonstrate the willingness of American governments to violently repress the fundamental right of American citizens to redress grievances and to protest.

The United States bears bipartisan responsibility for the regime change policy agenda that caused the political instability of the countries of Central America. This mass migration of asylum seekers represents the "chickens coming home to roost," in terms of the policy of imperialism and neoliberalism creating an untenable situation for Central Americans. The Green Party calls for Congress to authorize immediate funding for health care and mental health workers, decent shelter and proper food, as well as any other supports to human life that may be necessary for orderly and humane processing of the applications of the asylees at the border while keeping families together.

The Green Party also calls for amnesty for all asylees and immigrants, as well as the dismantling and de-funding of Homeland Security and of ICE.

Migration is a human right, and as a human rights-oriented political party, the Green Party declares that now is the time for the United States to turn away from a foreign policy of interference with sovereign nations, so that the people of Latin America can live their lives autonomously, democratically and in peace and safety.