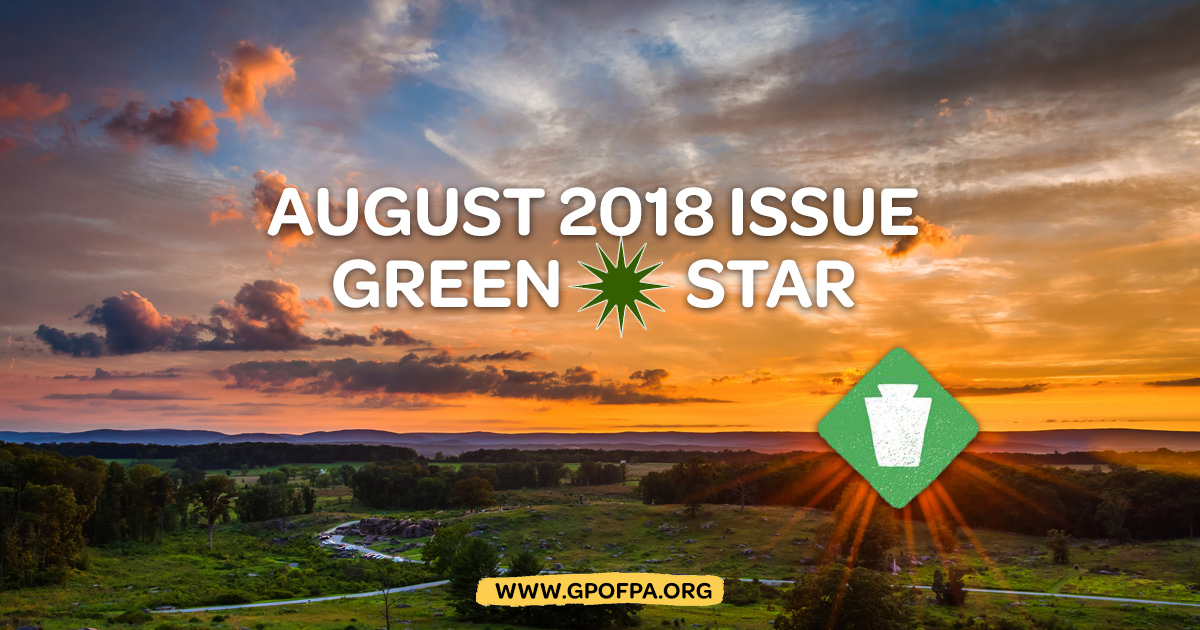 Yesterday the Green Party of Pennsylvania filed for ballot access for six great PA candidates for the November election.  These candidates offer an alternative choice for those voters who refuse to support a continuation of the same old corporate-sponsored politics that perpetuate the destruction of our environment, the polarization and destabilization of our economy, the systematic oppression and imprisonment of persons of color, and the unending export of war and death throughout the world; all in the name of profit no matter which party is in power.  I am honored and excited to be a part of these Green campaigns that offer concrete recommendations to reverse the damage and lead us toward a future where people are valued above profits.

It was an amazing experience and there is much I want to share so watch for an email in the next few weeks to find out more about it.

PA Greens File for Six Candidates in the 2018 General Election 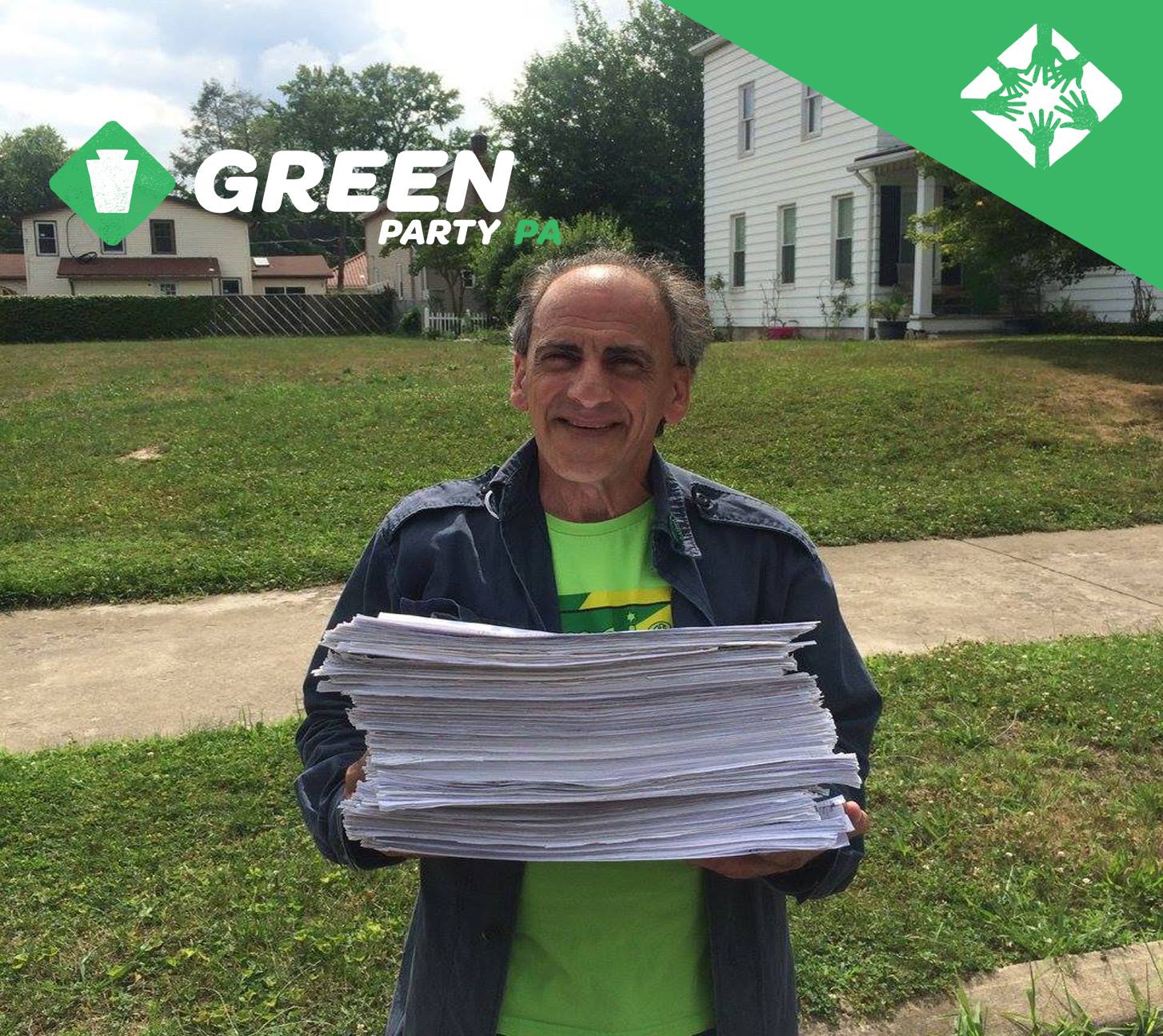 The Green Party of Pennsylvania is proud to announce our candidates for office in 2018.

On July 31, 2018 Green Party of Pennsylvania representatives went to Harrisburg, PA and filed for six candidates to be on the ballot in the General Election on November 6, 2018.

Candidate Jocolyn Bowser-Bostick said in a statement “I'm happy that I and other PA Green Party candidates will have the opportunity to earn the votes of our neighbors because even though it was hard work getting signatures for our nomination papers, we came across many people who were eager to sign because they recognized that the problems of this Commonwealth won't be solved if voters restrict themselves to the limited solutions and candidates presented by the Democrats & Republicans.”

“Due to the hard work of over 100 volunteers, voters will have the opportunity to consider Green candidates who share a people-focused agenda over the corporate-funded alternatives. stated David Ochmanowicz, Bucks County delegate to the state party. “PA voters who embrace an end to Citizens United, call for a ban on fracking, support single payer healthcare, seek responsible stewardship of our environment, and yearn for a more representative government can choose candidates that will fight for people over profits.”

The recent February 2018 court decision focusing on ballot access, a joint effort by the state’s Green, Libertarian and Constitution Parties, was successful in lifting some of the overwhelming hurdles for fair and equitable ballot access applicable to smaller parties.

“We have been diligently working on growing the PA Green Party through years of putting forward candidates against the obstacles created by the two-party system. By running candidates in every election cycle, we are creating a structure that retains knowledge and is reproducible. The six candidates that have qualified for the November ballot today will continue to break down the structures that prevent ordinary people from obtaining elected office.” said Timothy Runkle, State Party Treasurer.

“This is straight grassroots what I’m doing,” candidate Darcelle Slappy told The Beaver County Times reporter J.D. Prose in an interview posted on July 30th. “I’m going door-to-door making a personal connection with everybody, and that’s what it takes.”

Jay Sweeney, candidate for State Senate in District 20 stated, “I am thankful for all who circulated a petition on my behalf as well as those who signed. I will continue to work to empower the citizens of the Commonwealth of Pennsylvania and improve our electoral system. I will work for healthy communities, clean energy jobs that protect our environment, and a sustainable future.”

PA Green Party candidate for Governor, Paul Glover, is focusing his campaign on  the issues of fossil fuels, mass incarceration, education, legalization of cannabis, green jobs, organic agriculture, and universal healthcare. He stated, "I'm the only candidate for Pennsylvania Governor who would ban fracking, which poisons the future. As well, I would replace prison building by creating 500,000 green jobs.”  A long-time activist, Glover helped create Ithaca, New York’s local currency and is author of the book Green Jobs Philly.

To volunteer or donate to help Green candidates, visit our candidate website at www.greenwaveofpa.org, and to learn more about the partyś commitment to people over profits, www.gpofpa.org.

Our candidates are turning in their petitions placing them on the ballot for the November election. This effort has been driven by nearly 100 volunteers, hand collecting signatures to help these Green candidates meet their goals.

We can’t stop our grass-roots efforts now! We need help to build our legal defense fund for these candidates in the event of a challenge to their petitions.

Support the Green Party of Pennsylvania

We have recently expanded our options for GPPA logo material!

Check out our merchandise page to find a way to #BeSeenBeingGreen 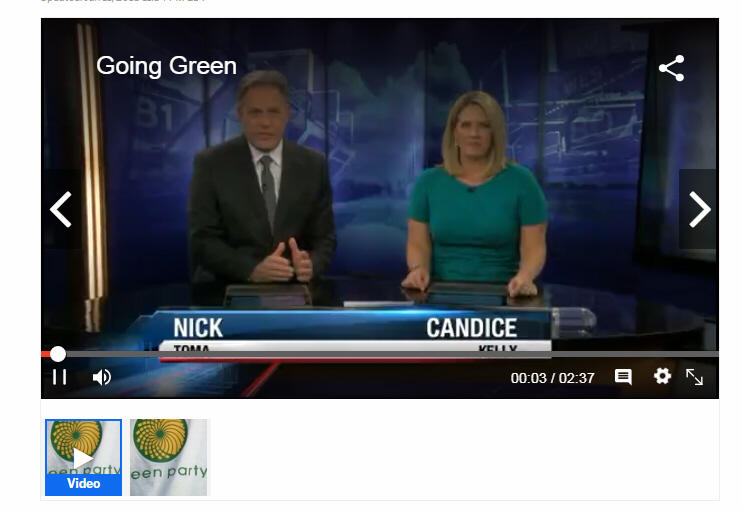 Behind the established political parties sit outlaying groups looking to have a voice in mainstream politics.

Each month a group called the Lackawanna County Green Party meets to discuss state and national issues and how they can help locally by voting and being active in their community.

Monday evening they met at McDade Park in Scranton to better their party. Green Party members say nationally they are seeing more Green Party candidates running for office. They say, the difficult part is getting people to listen to third parties.

"Represent folks that may not necessarily be represented in Harrisburg right now," said Jay Sweeney who is considering to run for the 2018 senate in the 20th. 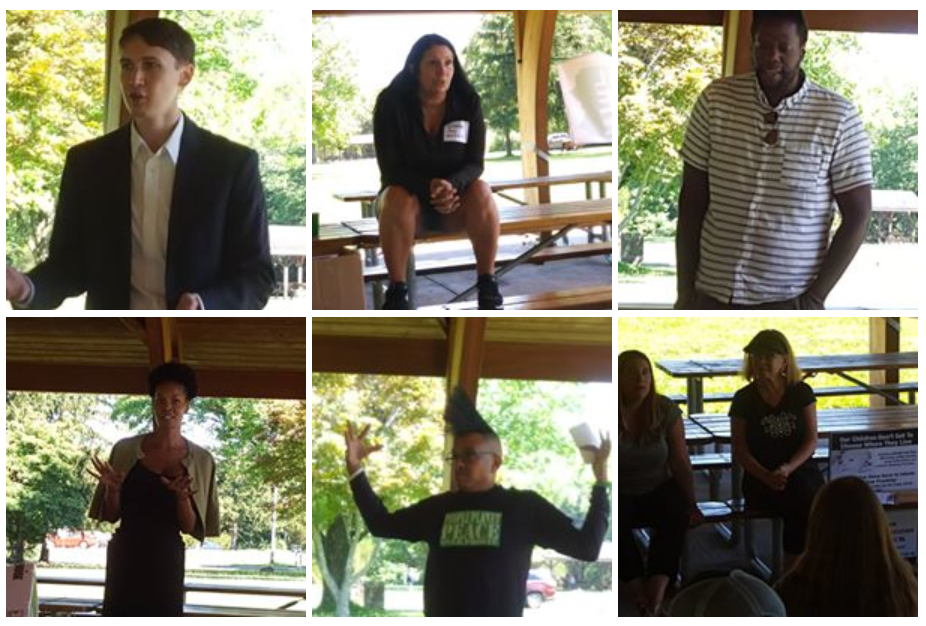 Randy Bartlett - Our Revolution PA - How We Are Working Together 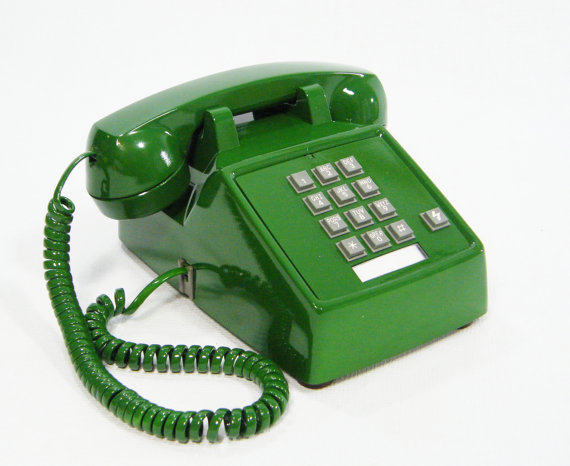 On Saturday, August 4th the Coordinated Campaign Committee is calling for a national Green Wave.  We are asking Green Party candidates and activists to engage in major efforts to reach out to voters.

We are calling on all local and state Green Party chapters, as well as unaffiliated Green supporters, to organize a Green Wave event in their community on August 4thin support of our candidates.

We have a awesome group of candidates running this year. Your effort in winning your election and green voters is key to the future of the party and the country.  The CCC is committed to help.

The Coordinated Campaign Committee and the Media Committee have agreed to host the first ever Green Party Facebook Telethon on August 18, 2018. We see it as a major effort to raise money for our candidates in the fall elections.

Tune in and share on social media with #GreenWave2018. Tell us how you’re going to Green Wave by emailing [email protected] so we can help promote your event or activity.  Tag the Green Party on social media - @GreenPartyUS

Single Payer will lower the total cost of health care

This years Annual National Meeting [ANM] was held in Salt Lake City, Utah July 19th-July 22nd . Which so happens to be the home of one of my dear Green Party friends Deanna Taylor and her husband Tom King, who put me up for the time I was in Utah. For those who have not been to Utah, it is a massive open flat space that runs right up to the bottom of these massive mountains that frame it in. Quite grand compared to our New England mountains. 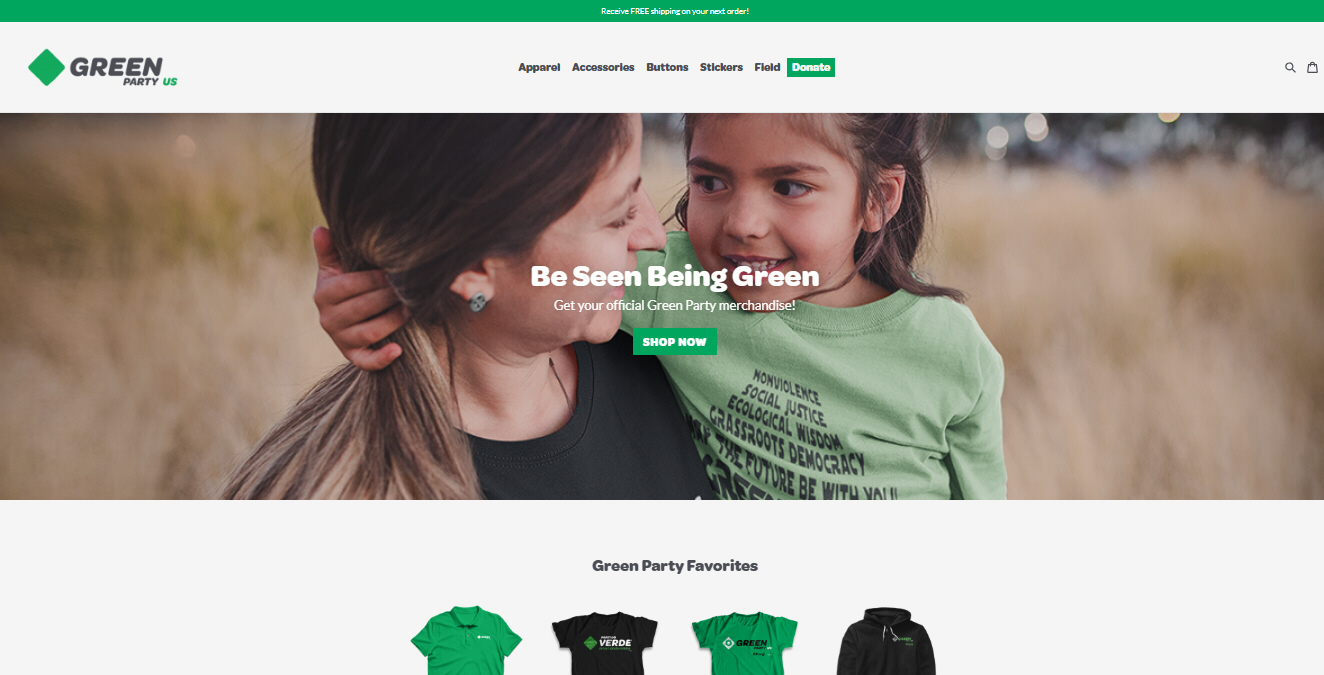 t’s more than doors between the US government and the businesses that they supposedly regulate that go round and round. One of the other swinging doors is between the Democratic and Republican Parties. 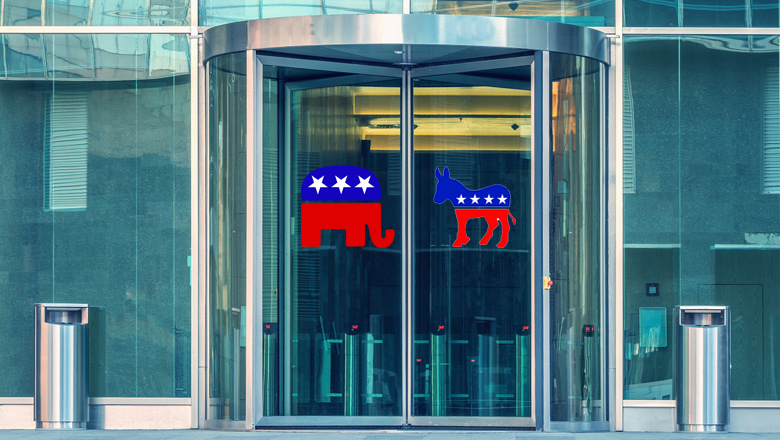 Perhaps the best known case is when Al Gore ran for president in 2000, he picked Joe Lieberman as his running mate. Then, in 2008, Lieberman showed up at the Republican national convention to endorse John McCain for president. Between those two campaigns, John Kerry, the 2004 Democratic presidential nominee, was rumored to be leaning to ask Republican John McCain to be his running mate.

This was hardly the first time such a switcheroo blossomed in American politics. In 1864, Republican Abraham Lincoln dumped his sitting vice-president to ask Democrat Andrew Johnson to be his running mate. After Lincoln’s murder, US voters, who had selected a Republican to be their president, found him replaced by a Democrat. (Read the full article)

What is PA GreenWave? Why is it so important?

GreenWave is a committee of the Green Party of PA overseeing a regional network of support for candidates, campaigns, and new county affiliations.

2017 was a very good year for local Green wins, and we are looking forward to cultivating numerous candidates for state and federal offices in 2018 -- and to establishing local affiliates in counties that lack them.

It takes hundreds of Greens just like you to make the Green Party work.

We are a people-powered party.

Seeking small donations from many (rather than huge donations from just a few) ensures that the party and its candidates represent real, everyday people and not just special interests.

You can support the Green Party in many ways, however a monthly sustaining donation helps to fund a solid infrastructure to help local chapters coordinate candidates and provide resources to make their campaigns successful.  As little as $3 per month can have a significant impact!

Join us and help bring about a future where people and planet are valued over profits. If you want to get more directly involved, consider volunteering or joining a committee.

Work with other committed progressives in activities such as planning events, developing media content, or helping with campaigns. Lets join together to make 2018 the year of progressives!

Additional resources from the Green Party of the United States