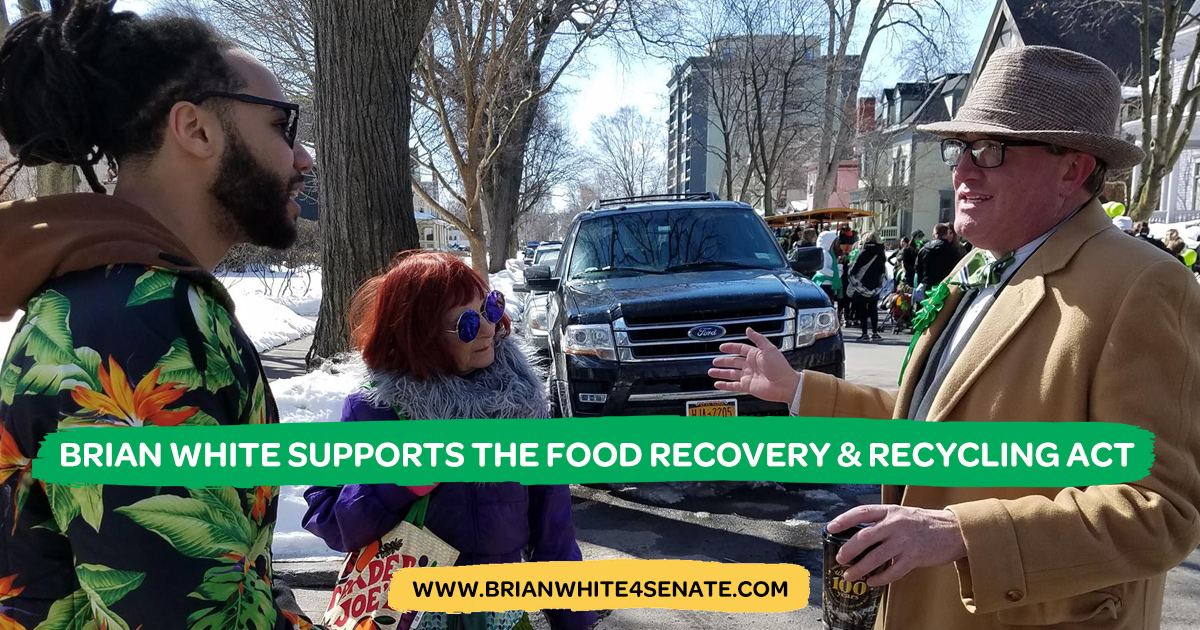 (Rochester, NY) – Earlier today, Green Party State Senate candidate, Brian White called for incumbent Senator Rich Funke to support The Food Recovery and Recycling Act (FRRA). The Act is included in Governor Cuomo's budget proposal and is supported by the New York State Assembly. The initiative will send surplus food to those who need it, create compost, and help in the fight against climate change.

"This is a no-brainer," said White. "You cannot deny that income inequality has led to uncontrolled poverty in both the urban and rural parts of our district. While this doesn't fix the systemic issues, it feeds hungry people. There isn't an elected official who should not be behind this. If Senator Funke cannot step up and support this effort now, then once elected, I will."

FRRA is a funded mandate – a rarity for Albany – that would apply to businesses that generate more than 2 tons of food waste per week, and only if there is a compost facility within 40 miles. White hopes that FRRA is just a step in a total change of culture in how we as a society view food.

"We waste too much organic matter. This invaluable material could help us mitigate climate change by reducing what goes into our landfill while improving the condition of our soil through composting," said White.

He added, "Of course this should only be the first step. I envision after adopting FRRA we allocate resources to include all restaurants and grocery stores. Then we should create municipal composting in which urban, suburban, and rural farms would be able use the newly created topsoil to increase food security, fight climate change, and begin to deal with economic inequality."

White supports the campaign in New York for 100% renewable energy by 2030 as well as a state-wide ban on plastic bags.

Brian White is running to be the Green Party's candidate for the 55th District of the New York State Senate. Election Day is November 6th. More information on White's campaign can be found at www.BrianWhite4Senate.com.