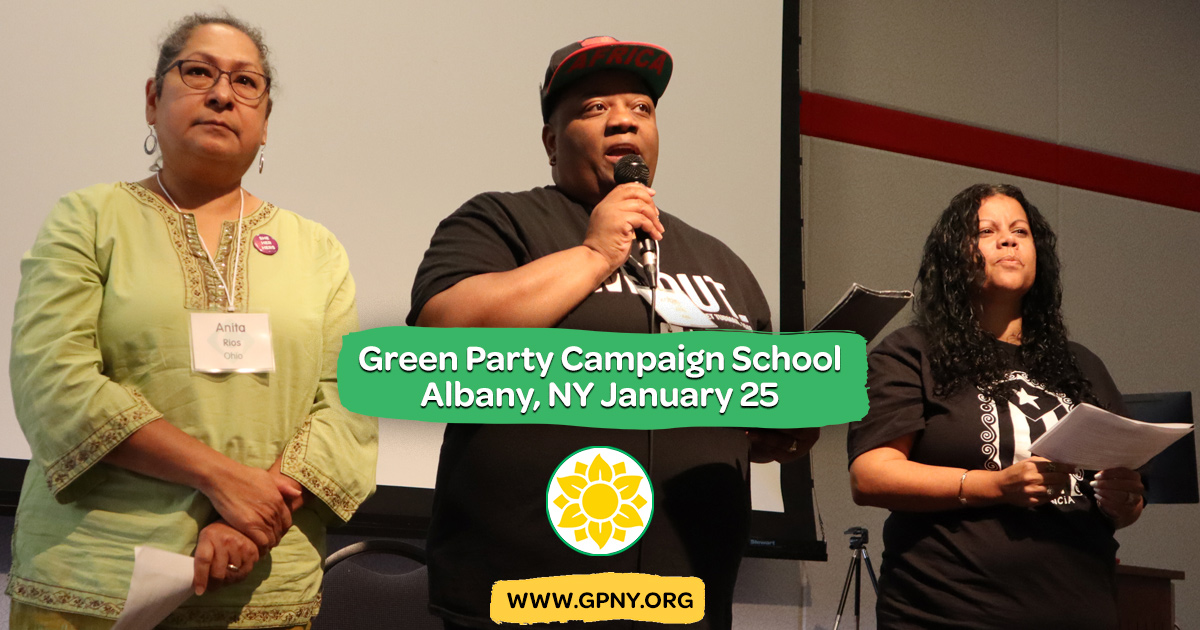 ALBANY, NY – As the Green Party of New York, we organize for building a world where people and the planet matter. You’ve helped us: by voting Green, donating to our campaigns, and supporting us as a Green enrollee, and we salute you for that.

This year we’re looking for a few good Greens to step up and carry the Green flag just a little further. We’d like you to consider being a Green candidate for office in 2020!

Green candidates are at the core of what it means for us to be a party. We run candidates to express the ideas of our party, but also to win!

It’s crucial the Green Party has candidates standing against the corporate candidates of the Democratic and Republican parties. We are the only voice standing at the polls that speaks truth to power.

This year there are races across the state, especially for State Legislature, and for U.S. Congress and some local races. It is these races where our candidates need to articulate our message that it is time for a real Green New Deal and a sustainable, ecosocialist future.

We know it can be daunting to run for office, but you’re not alone! We have Green locals across the state with experienced campaigners and volunteers ready and willing to help. Contact us at [email protected] and we can put you in touch with them.

There is also another reason to run for office this year: it might be the last time you can run as a Green in New York! Legislation crafted by the Democratic Party late last year made it nearly impossible for the Greens to retain a ballot line. Although this unfair legislation is being challenged in court, it is possible the Green Party will lose its ballot line after 2020. It is extraordinarily important that we run candidates this year!

Petitioning for office begins February 25 this year. If you’re willing to step up, we’re here to help you become a Green candidate! Join us!

Want to know more? Join us for Campaign School on January 25th. It will be livestreamed for those not in the Albany area. Please share the event widely: https://www.facebook.com/events/450893035864670/