Become a Rising Star in the Green Party 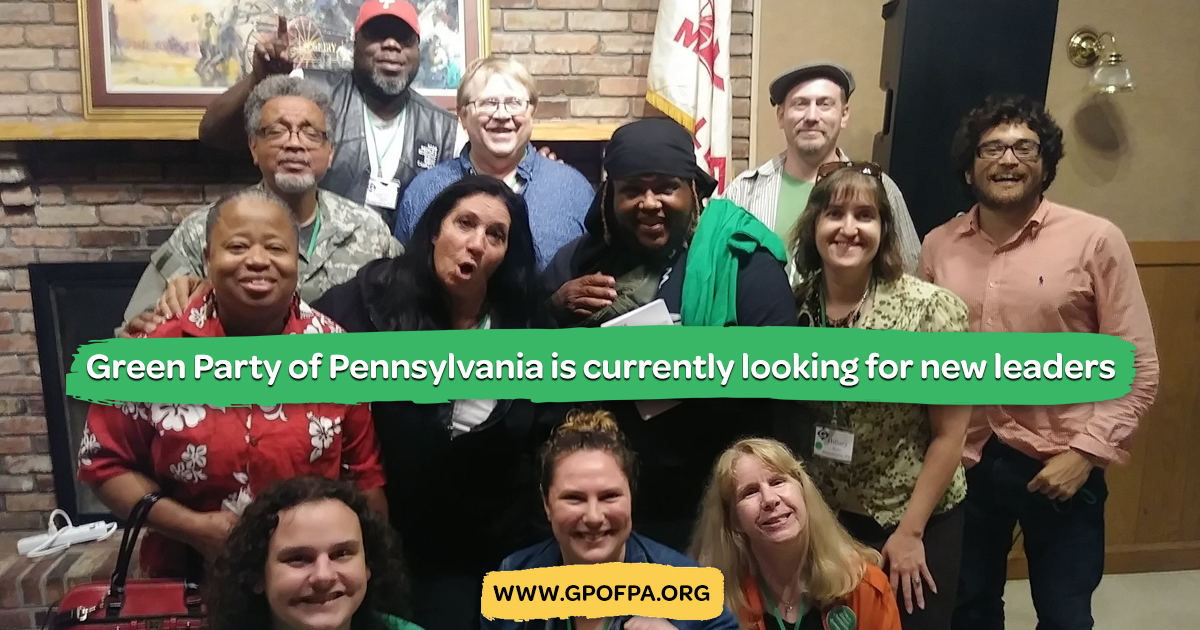 PHILADELPHIA – October marked five years since I joined the Green Party. After having worked on the Bernie Sanders campaign for nearly a year and seeing my efforts undermined by the Democratic Party, I knew that I needed to invest my future efforts into a party that represented my values AND had the courage and integrity to support grassroots efforts.

My involvement with the Green Party escalated quickly after the leaders of the Green Party of Pennsylvania (GPPA) informed me that my county had no local chapter. Shortly thereafter, I became the co-founder and co-chair of the Chester County Green Party. A local couple allowed us to hold meetings in their home, and always made sure we were well equipped with office supplies, snacks, tea, and the occasional adult beverage. Our first meeting truly changed my life forever, as it is where I met my current significant other as well as some other very dear friends.

Despite my natural need for structure and tendencies toward planning and organization, the decision to become a Green Party leader was one fueled by passion, and I had no particular plan in mind. I simply held regular meetings, contacted interested people on a list provided to me by the state leaders, and made outreach efforts by attending meetings of other local progressive groups. Through those efforts, my county was able to find a candidate interested in running for mayor of one of our larger boroughs. We supported his campaign, and gained a great deal of knowledge and experience in local politics, as well as helping him secure ten percent of the vote. As you may know, ten percent for a first-time candidate running with a third party is truly outstanding.

I tell you of this because the Green Party of Pennsylvania is currently looking for new leaders. In 2022, we will have several open positions on our Steering Committee, as well as open spots for national delegates to the Green Party of the U.S. and its many sub-committees. Additionally, we are always delighted to see people start a new local chapter in PA. If you live in Pennsylvania and have a passion for our Four Pillars (Ecological Wisdom, Social Justice, Grassroots Democracy, and Nonviolence), I urge you to email me at [email protected].

Our next state meeting will take place on Sunday, November 14, and I hope you will take that opportunity to nominate yourself for a leadership position in the Green Party. If you don’t already know us, I can promise that we are a friendly, welcoming, knowledgeable group who will support you in your efforts to become a leader in the only party which does not accept corporate contributions and which seeks to represent the people. If you do already know the Green Party, you know that we love to see rising stars in our party, and that it doesn’t take long to jump into a leadership position and start enacting real change.

As you consider taking on a leadership role in the Green Party, I will leave you with a quote from one of my personal heroes, subject of the book Into the Wild, “Don’t hesitate or make excuses. Just get out and do it. You will be very, very glad that you did.”