Beyond the great divide 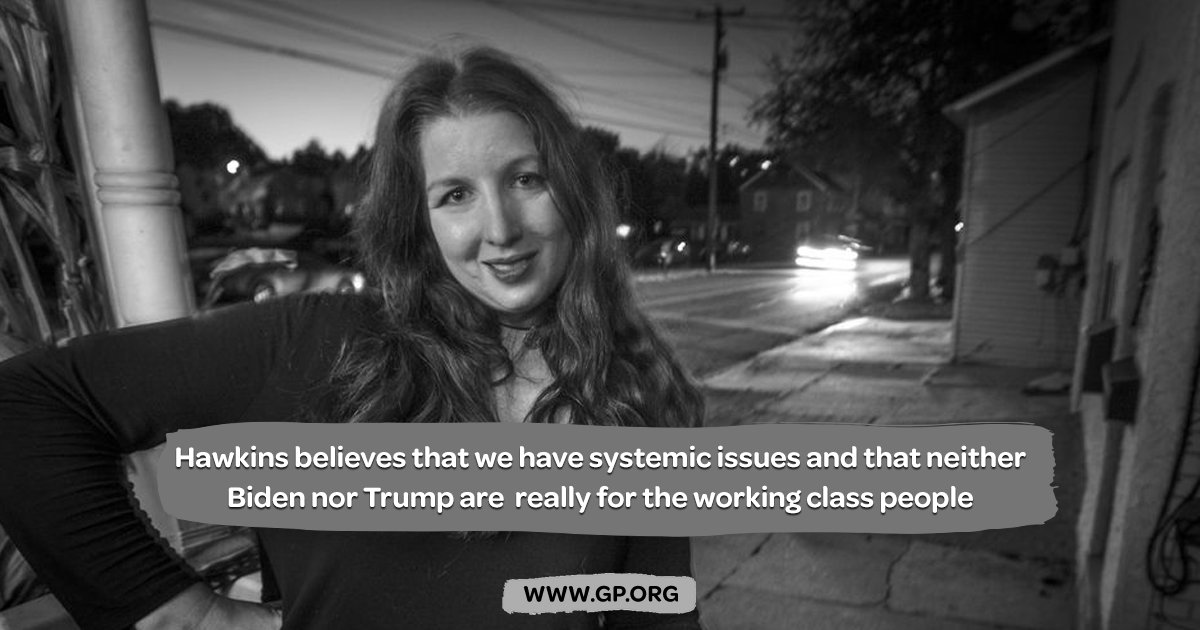 Lara Lamb doesn’t worry about fitting into anyone’s idea of what she’s supposed to do. The 34-year-old Freemansburg resident works as a car mechanic by day and does musical theater by night.

And when it comes to the election, she isn’t going to let anyone tell her that she should hold her nose and vote for a big-party candidate just because she lives in one of the most important swing counties in the country.

Lamb is an unaffiliated voter and will be writing in Howie Hawkins, the Green Party presidential candidate.

"It's all about morals, because he believes that we have systemic issues, along with the oligarchy and the fact that nobody – neither Biden nor Trump — are really for the working class people at all," she said. She likes that Hawkins supports universal health care, clean energy and ending systemic racism.

Lamb was born in Trenton and her family later moved for her father's job to Northern Virginia, a place she described as very conservative and very white. At 18, she moved to New York City for college. She was already voting Democratic at that point, but said that living in the city, with all its diversity of cultures and life experiences, helped shape her values.

"For me I think it was at the best time — You're coming of age at 18, 19, and you're living in New York City," she said. "The real world is all these people and cultures, where you are involved with everybody."

She has lived in other big cities since then, including Philadelphia and Pittsburgh. She and her husband met in Pittsburgh and decided 12 years ago to move to the Lehigh Valley, where he grew up. He's "not really a city person" and she was ready for a smaller town, she said.

"At the end of the day, this ended up being a good area because, for me, it's like in between. I can still do my theater, my music, and at the same time, there are a lot of jobs as far as mechanics," she said.

Her husband works in retail for a cigar company and she is busy balancing her full-time mechanic job plus "side gigs" and performances. She described their financial situation as "getting by."

"Our bills are paid and our taxes are paid, but it's not like we have money to, say, go on a vacation," she said. "My husband and I, we'll be married for 10 years and we haven't been on a vacation since our honeymoon."

She is also facing a serious health issue, and one that's helped shape her passion for Medicare for All. Lamb said she lives with pancreatic failure, something she tries to manage on her own because she can't find a doctor who would take the insurance she purchased on the exchange after the Affordable Care Act passed.

"It was a complete and utter failure, I feel like, as far as (Pennsylvania) goes," she said of the ACA. "Because I was part of the exchange, I was paying into it, and I still couldn't see a doctor."

Many auto repair shops are mom-and-pop operations that don't provide insurance, she said.

Lamb said she is registered independent but generally voted Democrat when she was younger.

But after a while, she said, she felt the mainstream candidates were just paying lip service to the issues she cared about, like health care and climate change.

She especially wanted to find candidates who seemed more interested in making things better for working-class people — like her and her husband — than continuing to funnel money into the pockets of millionaires and powerful corporations.

That's how she came to support Ron Paul in the primary in 2012. In 2016, she voted for Bernie Sanders in the primary for his progressive platform, including universal health care.

But the real moment she gave up on the Democratic party was when she concluded some party officials had worked to make sure Hillary Clinton was chosen as the candidate over Sanders.

"It wasn't until I saw the absolute blatant rigging that was done by a party that I typically voted for numerous times," Lamb said.

She voted for Green Party candidate Jill Stein in the 2016 general election and supported Sanders again in the 2020 primary. Her family has also gone green, she said, including her husband and her father — who works for an oil company in Texas and isn't your typical Green Party voter.

She thinks most people just feel tied to the two-party system, but those who have been engaged in politics for a long time can start to see a third option.

"I think they start to realize that it's all kind of the same system and we keep voting the same way and nothing's changing," she said. "Sometimes you have to think outside the box."