Building a foundation for real democracy 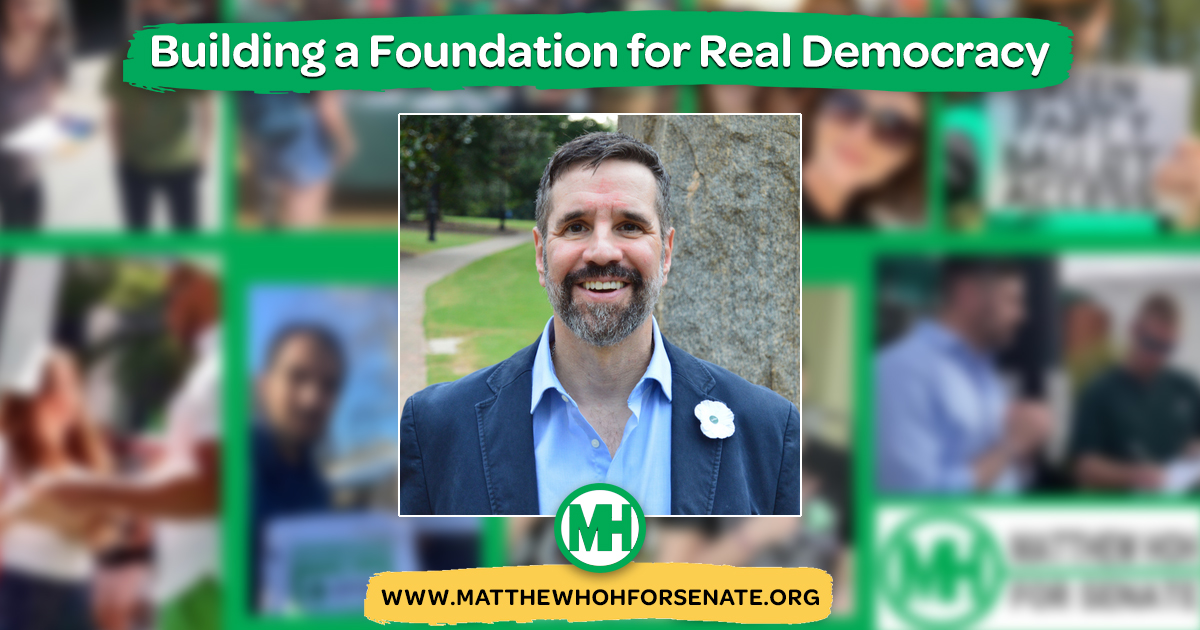 “I’m grateful to everyone who voted for our campaign. In an election where we had to fight some of the most powerful political elites in the country just to get on the ballot, every single vote we earned is a win. This campaign is about building a foundation for real democracy, and we’ll continue to do that together with the many wonderful people we’ve connected with this year.

I began this campaign with the goal of reaching the growing group of voters who are fed up with both establishment parties and looking for a new kind of politics. Polls have shown that most people who vote Green only turn out to vote because there’s a Green choice on the ballot. On issue after issue, our campaign was the only one working to give these folks a reason to vote by offering real solutions to the problems we’re facing.

Everywhere I went across North Carolina, I heard from people that they’re being crushed by unaffordable healthcare and unaffordable housing, while our government spends more and more every year on the military. Our campaign was the only one with solutions to these problems like improved Medicare for All, housing as a human right, and bringing the war dollars home to take care of our people. The establishment candidates could have appealed to our voters by taking up our policies, but they chose not to.

Polls show that the majority of Americans believe the two-party system does such a poor job representing us that we need a new party. It’s time to move past the undemocratic two-party system by enacting electoral reforms like proportional representation and ranked choice voting.

It’s heartening to see the rapid growth of ranked choice voting in recent years, with more apparent victories for RCV ballot measures tonight in communities across the nation.

My campaign team and I believe the life-and-death issues our society faces from climate change, historic economic inequality, a catastrophic pandemic response, and overseas wars are rooted in a political system that does not serve or represent the interests of working and middle class Americans. Only by strengthening and expanding our democracy can we overcome these challenges.

My campaign team and I look forward to working with the growing number of people across political lines who are ready to build the movement for real democracy.”