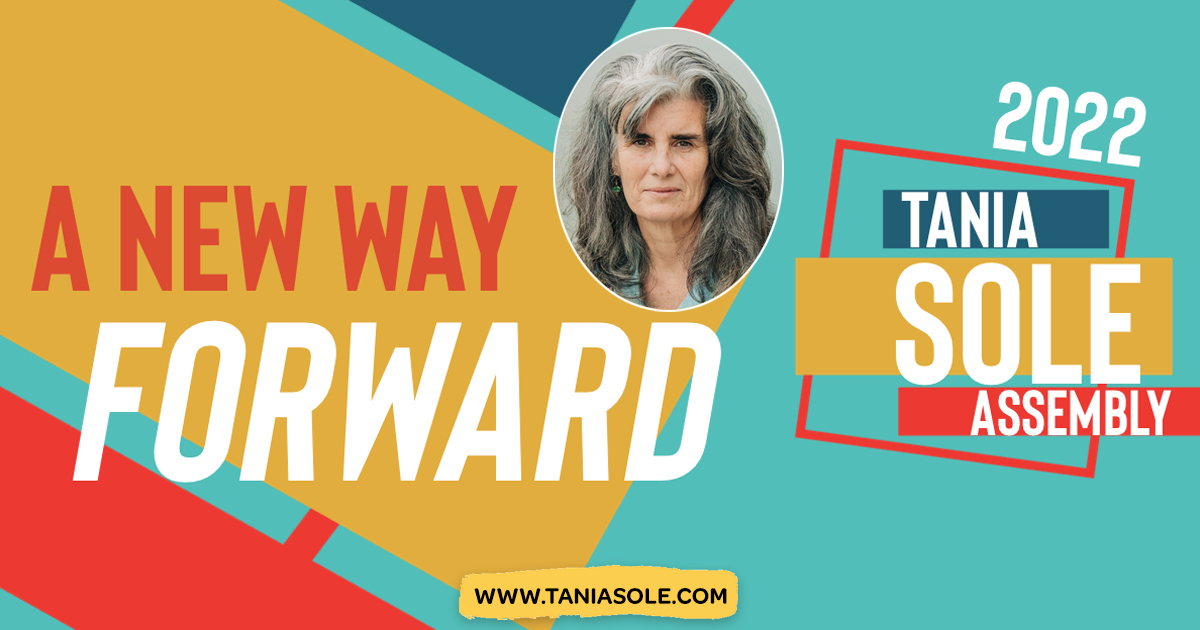 Tania Solé, an entrepreneur and past Redwood City Council Candidate, is running for Assembly District 21, the new district covering the eastern portion of the Peninsula.

Solé is running as a Green Party of California candidate, and has a background in the tech and automotive industries. She currently heads a seawater desalination startup she founded last year. Among her top priorities are repealing state housing laws Senate bills 9 and 10, in addition to environmental action and establishing universal health care.

“I’m in it to win it, I’m not here just to get a message out there,” she said. “I believe I can contribute, I have the support of residents who know me, and know I have been very good at bringing disparate constituencies to the table to solve solutions effectively.”

Solé moved to San Mateo 30 years ago from Israel after her employer, a software company, opened a division in Mountain View. She would go on to open a smog check station with her husband, which they ran together for 15 years. Seeking more affordable housing, she relocated 12 years ago to Redwood City’s Docktown, a houseboat community. She was subsequently drawn into local politics after becoming the residents’ association president and advocating for the community as it was being faced with forced relocation.

She ran for City Council in 2015. Docktown residents were ultimately forced to relocate after the city was sued over its allowance of permanent residents at the dock.

“No I did not win, but it was my first time,” she said. “The good news for this time around is I have a little bit of experience running a campaign, I understand what it takes.”

Solé was born in New York, but quickly moved to Guatemala and relocated several times during her childhood, living with her parents throughout Central America and Europe, and eventually landing at a high school in Puerto Rico. She attended Franklin & Marshall College in Pennsylvania and earned a bachelor’s degree in economics.

After college she moved back to New York, where she said she worked in the advertising industry. After becoming dissatisfied with the job, she moved to Paris to pursue a master’s degree in finance and marketing, which she did not finish. From there Solé moved to Israel, where she met her ex-husband with whom she had two children.

In Redwood City, Solé became involved with a startup called AirSpeQ, a company focused on technology to identify air pollution. Solé served as president and was with the company for 4 1/2 years. She left in November last year and went on to found BlueDesal, the water treatment company she heads today that aims to use waves to power desalination.

Solé said she was inspired to run for Assembly to address three issues: affordable housing, sustainability and universal health care.

“We actually do have mechanisms to fund these things,” she said “We just need to refocus on funding in California, and funding in an affordable manner.”

If elected, Solé said her top priority would be to repeal SB 9 and SB 10. The two bills were passed last year, and Solé said they will drive displacement and gentrification without achieving their stated intent of reducing housing costs. The bills allow for the development of multifamily buildings on some lots that have historically allowed single-family homes only.

“One of the things that most aggravates me and one of the reasons I’m running is because I feel that a lot of our politicians have been slightly deceitful, to be nice,” she said. “There’s nothing ethical about selling a piece of legislation like SB 9, SB 10, as solving affordability, when they don’t.”

Solé had not filed a campaign finance report as of the most recent deadline, and she declined to say how much he has raised.