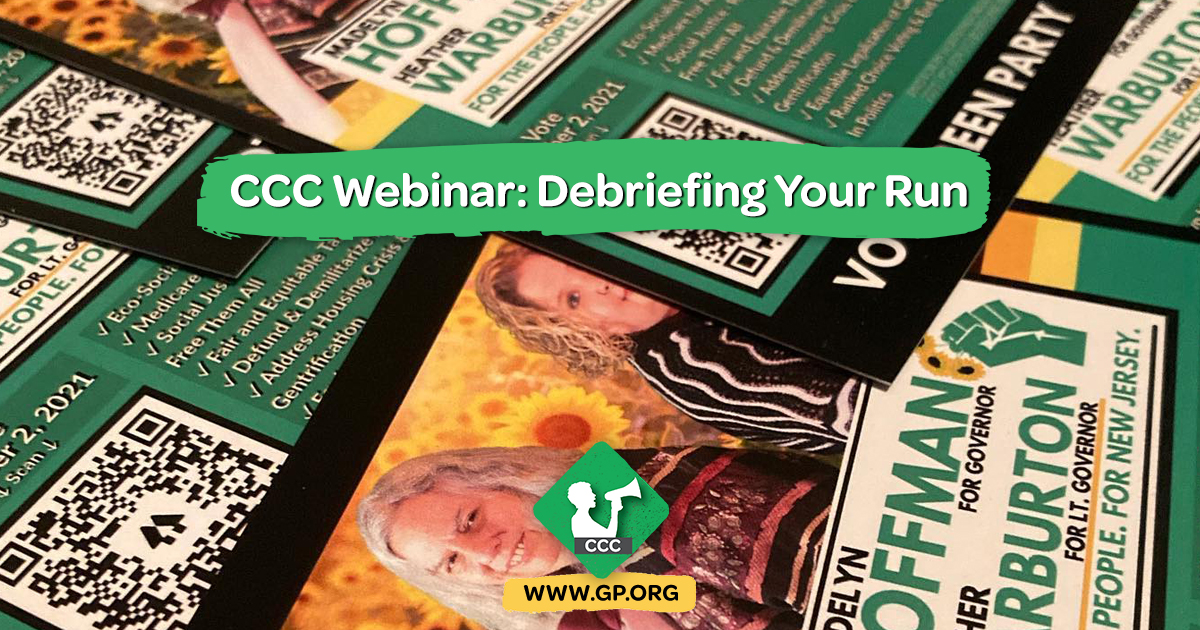 This webinar is designed for candidates, and those active in Green campaigns, to learn more about campaign strategy. This particular session will focus on: