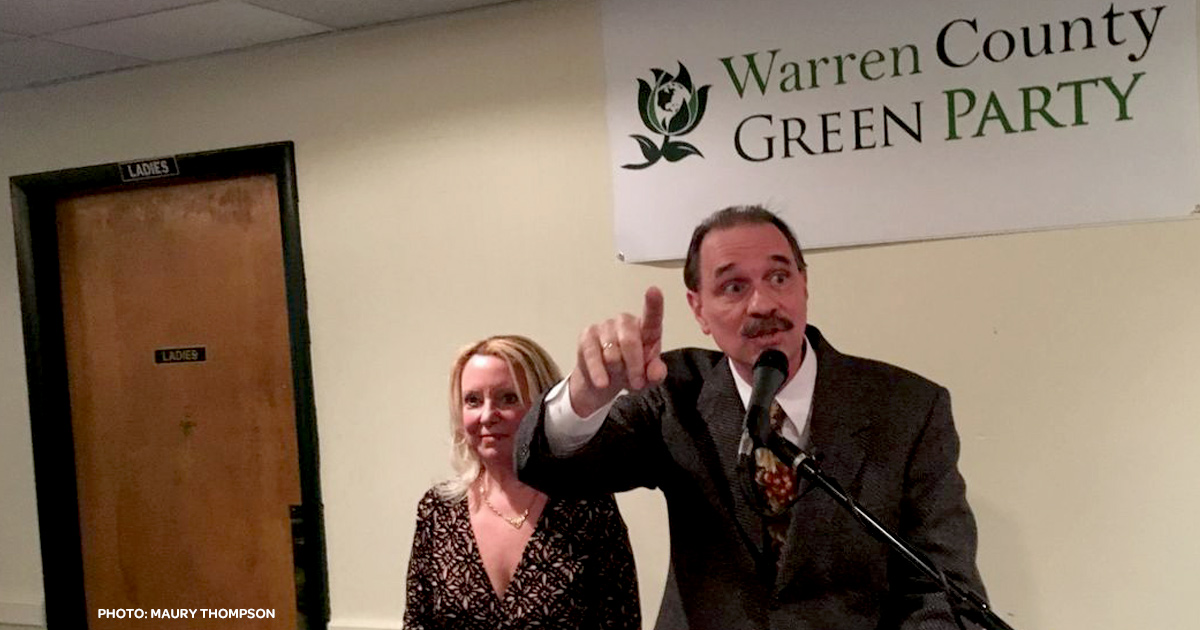 "We're here because Glens Falls is home," Cirino said, in a speech at the Warren County Green Party Gala on Saturday.

Cirino, president of Glens Falls Collaborative, is an analyst with the state Department of Motor Vehicles.

He and his wife, Margot, have lived in Glens Falls since 2007.

"We were in Glens Falls before the roundabout," he said.

The Cirinos operated a wine store in Glens Falls and a video store in Hudson Falls.

"There's a lot to love about Glens Falls and that's why we live here," Cirino said.

Robin Barkenhagen, who previously announced his candidacy for city councilman at-large on the Green Party line, also spoke at the gala at the Gold Shade banquet hall on Warren Street in Glens Falls.

See The Post-Star on Tuesday for more on the Green Party ticket in the November city election.