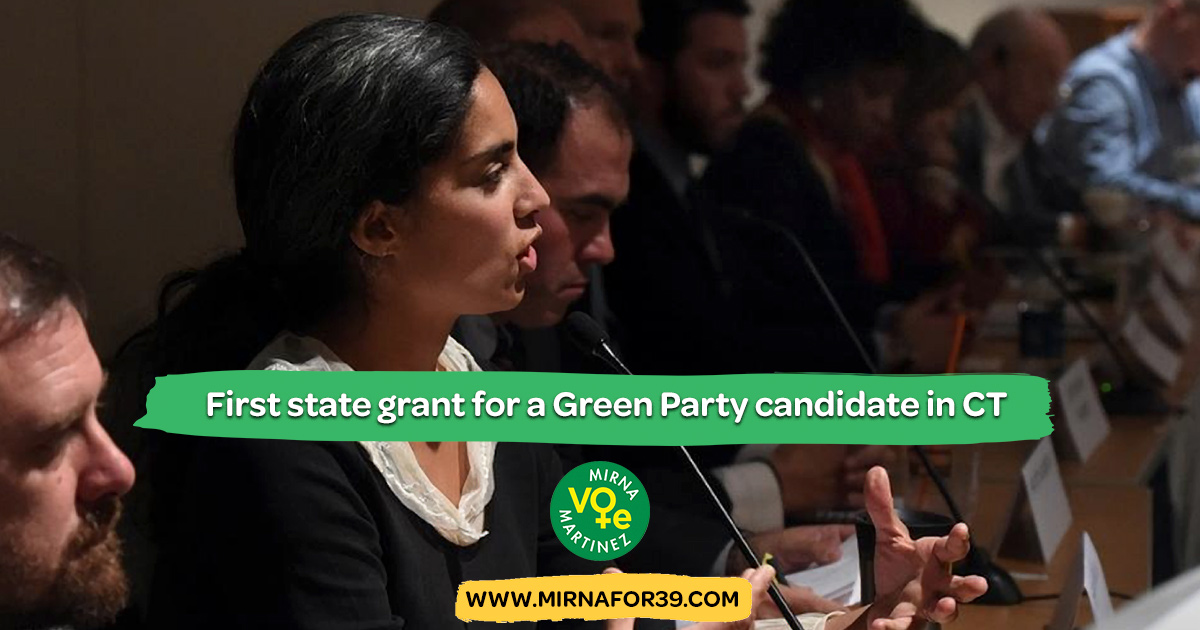 NEW LONDON, Conn. (AP) – A Connecticut elections commission has approved a state campaign grant for a Green Party candidate — the first in the 12-year history of the Citizens' Elections Program.

Green Party candidate Mirna Martinez is running for a vacant state House of Representatives seat in New London, and has qualified for $14,075 in funding. The Day reports she is the third candidate to qualify for funding leading up to the Feb. 26 special election.

The CEP is a voluntary program that allows qualifying candidates to receive public financing in elections. Martinez qualified for two-thirds of the grant by collecting signatures equal to votes totaling 15 percent of last election's voters.