Green Party of Connecticut to hold nominating meeting in Portland 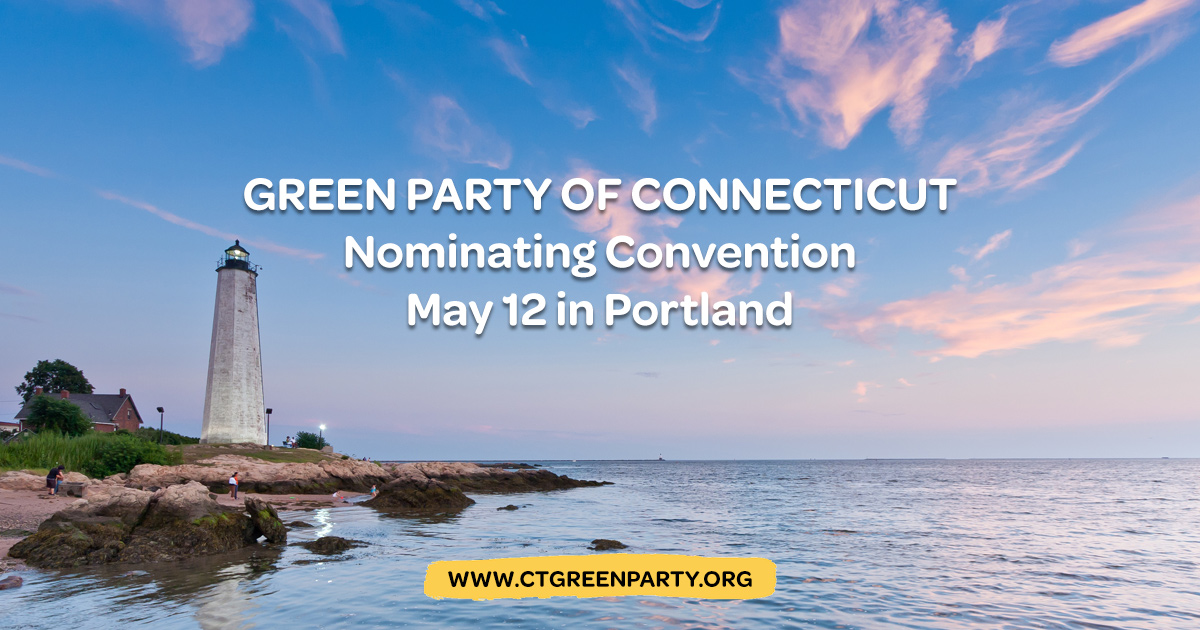 PORTLAND, CT — The Green Party of Connecticut will hold its annual meeting, including a nominating convention to select candidates for statewide office, on Saturday, May 12. The meeting will take place at the Senior Center, 7 Waverly Ave., starting at 11 a.m.

The Green Party plans to run a candidate for the US Senate seat currently occupied by Chris Murphy. Announced candidates currently seeking the Green Party endorsement are Jeff Russell of Glastonbury, TJ Elgin of Westport, and Angela Capinera of Stratford.

Three candidates are seeking Green endorsement for state constitutional offices: Peter Goselin, a Hartford lawyer specializing in labor and employment rights, for attorney general; Mike DeRosa, a Green Party activist and radio producer, for secretary of the state; and Ed Heflin, a financial consultant and advocate of public banking, for comptroller.

Nominations will also be accepted from the floor, and endorsements will be announced after Saturday’s meeting, event organizers said in a release.

The nominating meeting is open to the public. All Green Party members living in Connecticut are eligible to vote on the nominations, while others are welcome to attend as observers, organizers said.