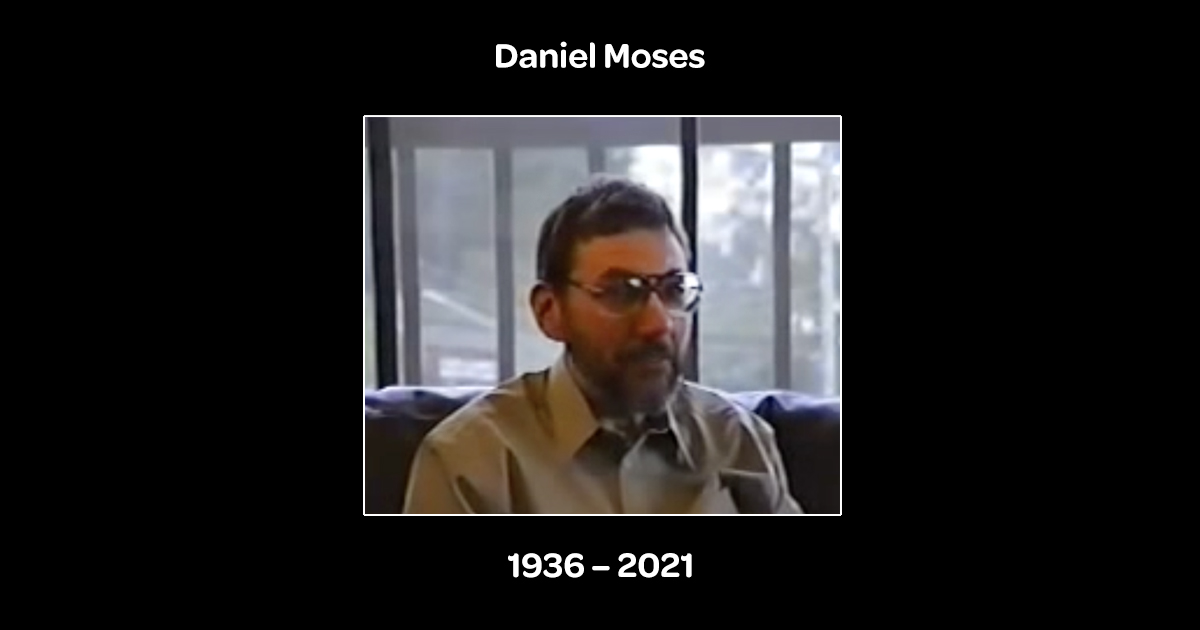 My beloved husband, Daniel Moses, a member of the Elders Caucus, died peacefully in his sleep in our home in Ojai, CA, on 12 September. The cause was three lung conditions caused by end-stage ankylosing spondylitis. He was 85.

Danny was editor-in-chief of Sierra Club Books for several decades. He was active in the GP of California since I convened its first meeting, in December 1984, where we met. In 1987 when the spiritual dimension of Green Politics was surprisingly under attack by a group at the first national gathering of the US Greens, in Amherst in 1987, he gave a speech that received a roaring ovation. He was widely recognized as a Great Soul. 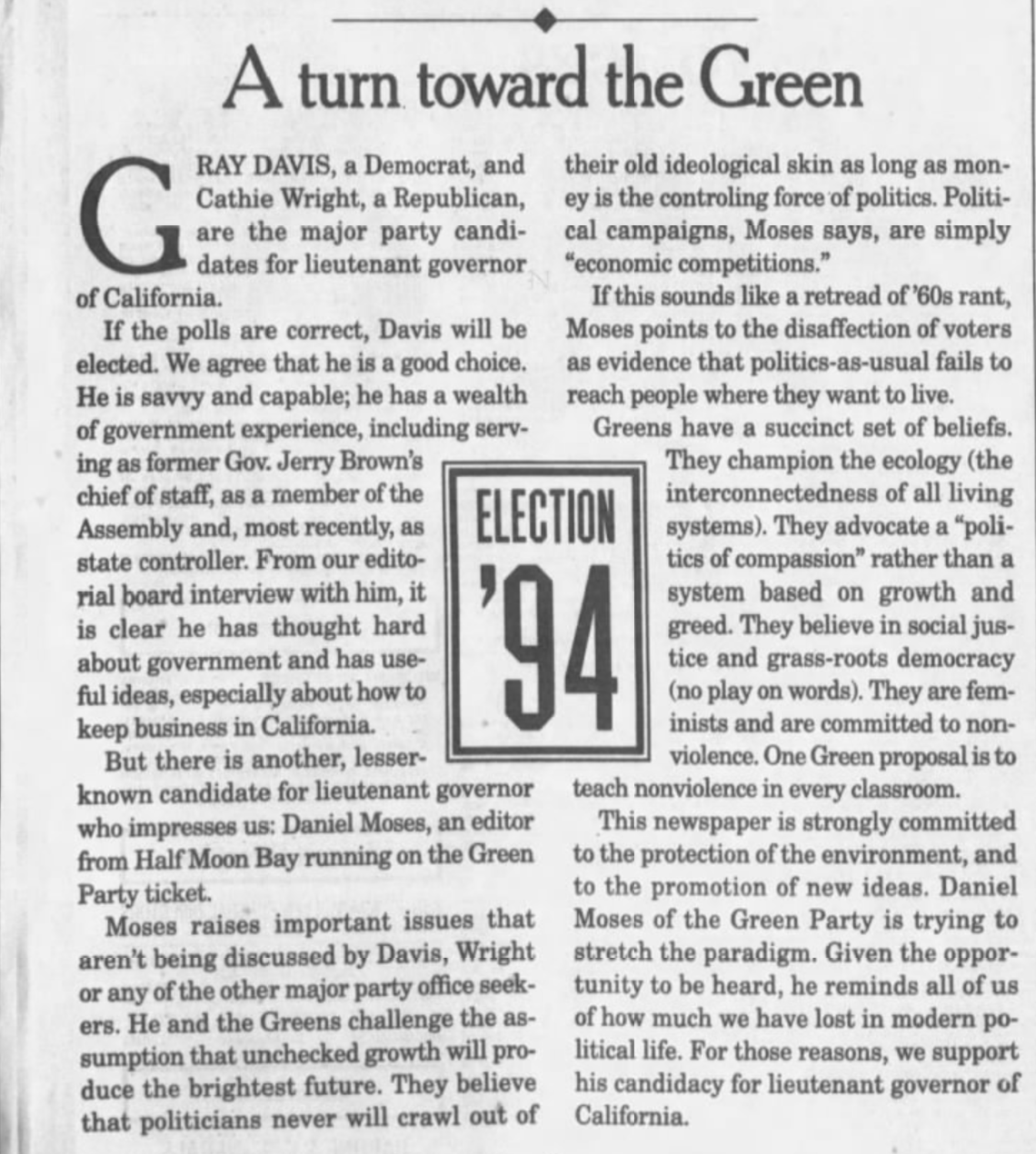 After the GP of California attained ballot status in 1992, we ran our first slate of candidates for state-level offices in 1994. We stayed out of the Governor race as we thought it was going to be close between Kathleen Brown (Jerry's sister) and Pete Wilson. (It wasn't). Danny was chosen to be our candidate for Lt. Governor, the top of our ticket.

Two weeks before the general election, shock waves rumbled the CA political landscape when the very Republican SF Examiner, the flagship of the Hearst chain of newspapers, endorsed Danny for Lt. Governor over the major-party candidates! Danny held that the Green Party should run only women candidates for legislative bodies until such time that there was general parity between the sexes in those bodies.

If you are interested in seeing him in action then, Mike Feinstein has posted on YouTube a short clip of Danny explaining the Green analysis and vision in a journalist's television program: https://www.youtube.com/watch?v=sgXBWoRLKUM