Demand a Hearing for SB 5222 - Universal Healthcare for WA State 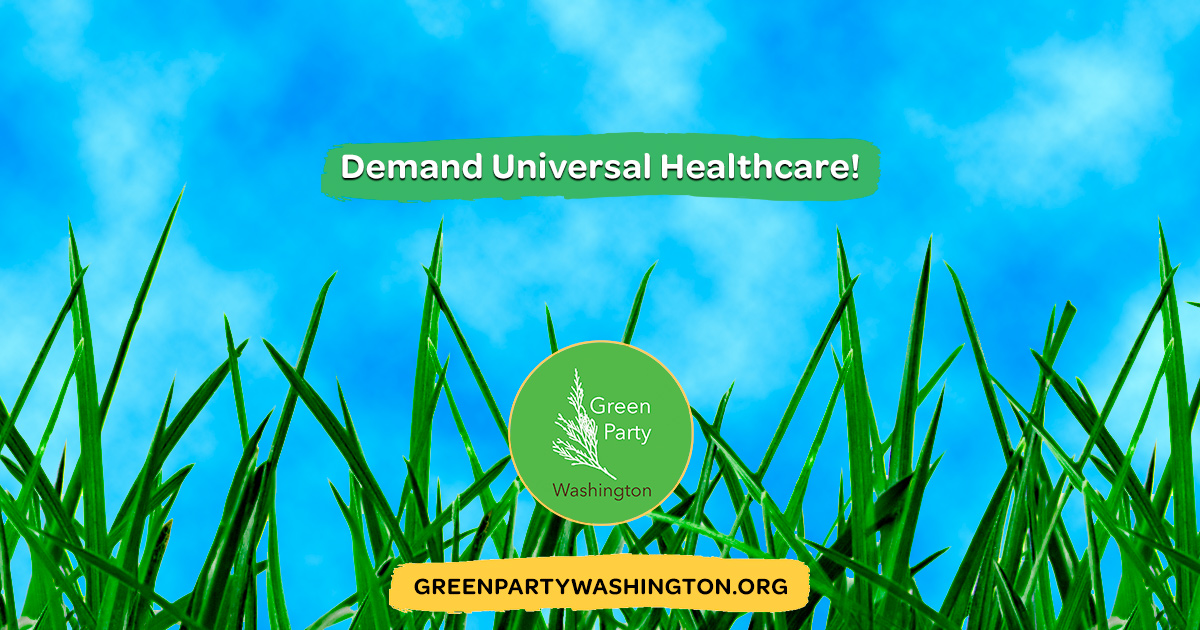 Seattle, WA – Our current private/for-profit healthcare system is in crisis: 522,000 Washington State residents don’t have any healthcare coverage, many more are under-insured, and rates are going up 19% in our state this year. These stats represent real people and genuine hardship that requires urgent action.

Healthcare is the number one concern of most voters, and there’s a solution supported by a majority. In Washington, more than 60% want a government-funded, universal healthcare option. Some legislators are listening. Senator Bob Hasegawa has filed SB 5222, to implement the Whole Washington Health Trust. If this bill passes, every single Washington resident would have quality care, including vision, dental, and mental health services. And there are some unique strengths about this bill to consider:

Please comment on the bill and call your representatives to demand they let this bill have a hearing and out of committee.
Getting these bills out of Committee will take a huge Grassroots effort by Washington Citizens. Please take a few minutes of your day to have your voice heard in Olympia. We have only until Feb. 22nd to move bills out of committee in Olympia and get them onto the floor for a vote.
This bill is ready, and the time to act is now!

Go to the Whole Washington website to learn more and Get Active to help establish Universal Healthcare in WA State.

In Solidarity,
Green Party of Washington and Whole Washington