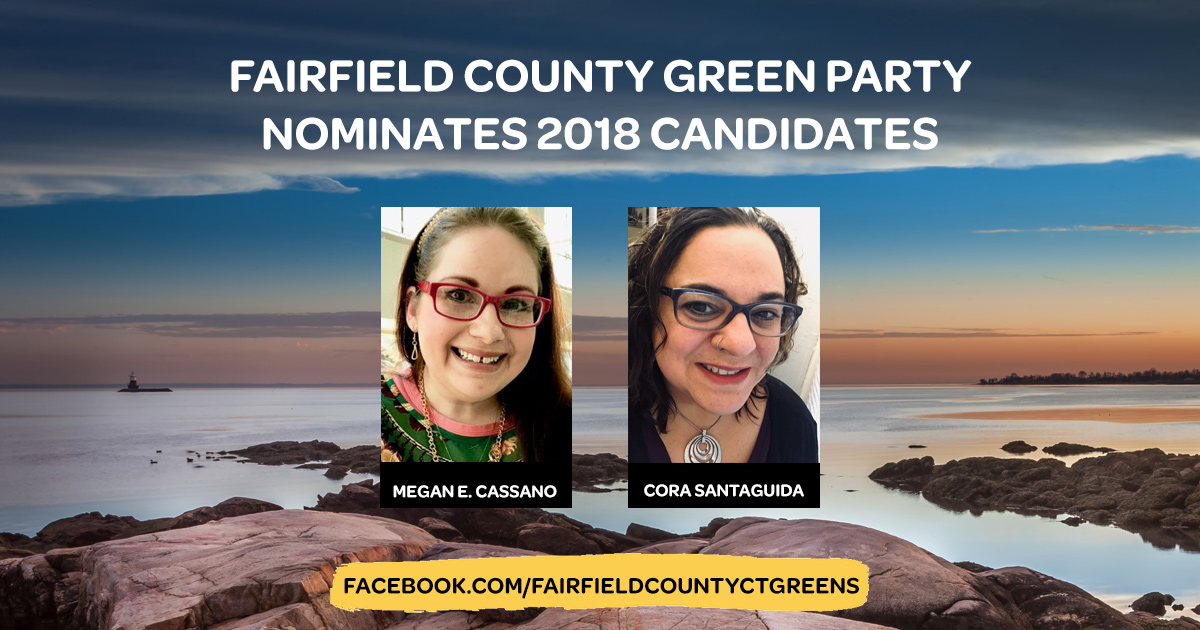 Stamford CT – The Fairfield County Chapter of the Green Party of Connecticut held a nominating convention for 2018 candidates today at 3:00pm.

Cassano, a lifelong Greenwich resident, who has been a registered Green since 2007, ran for Stamford Board of Education in 2009 and 2010. She earned a Master’s Degree in Social Work from Fordham University in 2003 and has been a Licensed Clinical Social Worker since 2006. She has worked for several nonprofit and municipal agencies and programs in several areas such as crisis work, HIV/AIDS, and needle exchange. Megan was also an Adjunct Professor at both Concordia College, and University of Bridgeport.