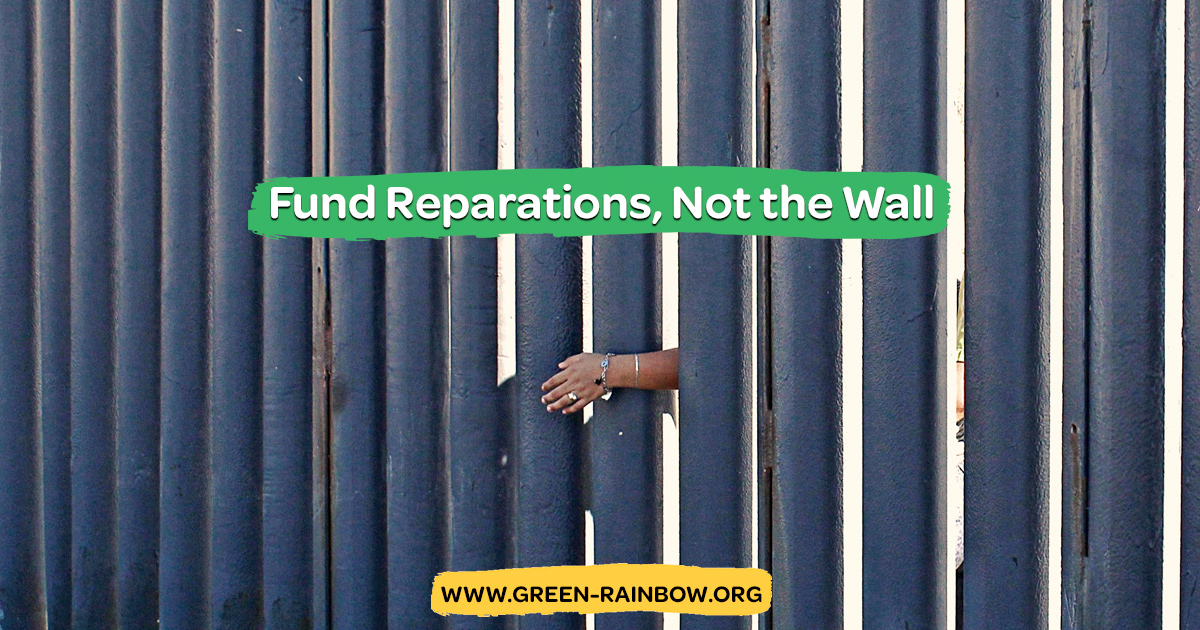 The Green-Rainbow Party of Massachusetts calls for collective non-violent resistance at this critical time to prevent the deaths of more children at the US-Mexico border, stop funding for Trump’s border wall, and put our government back to work.

Two children have died this month in the custody of CBP (Customs and Border Protection) at the US-Mexico border. Felipe Gómez Alonzo, age 8, and Jakelin Caal Maquín, age 7, were traveling with their fathers from Guatemala when they reached the border to request asylum.

Both children presented signs of severe dehydration and fever. Both lives could have been saved with basic, inexpensive, medical care. After a massive outcry over these deaths, the CBP has ordered a medical check of every child in its custody. This is completely inadequate. Felipe died the same day he was discharged from the hospital in Alamogordo when he clearly should have been kept for further observation and treatment.

The current situation is not unique to the Trump administration but the result of a bipartisan consensus to criminalize migrants and militarize the border. Under both Democrats and Republicans, our government does not hesitate to spend millions arresting, incarcerating, and deporting migrants who have no criminal record and present no threat to the US. However, they cannot muster the modest resources that are needed to treat the sick in their custody. To manufacture the image of an invasion, border patrol agents fired tear gas on hundreds of protesters and migrants near the border in November. Border Patrol agents even have a pattern of lethally shooting defenseless migrants with impunity, such as 19 year old Claudia Gomez Gonzalez last May. The Green-Rainbow Party and the movement we represent seek a revolution of values that would put human rights and social justice at the center of every government policy.

To address the root of the problem at the border, we must begin by recognizing the history of US intervention in the internal affairs of Central American countries, which has promoted human rights violations, exacerbated wealth inequality, and prevented democratic movements from addressing the needs of the people. Guatemala in particular suffered a coup in 1954 facilitated by the CIA which led to the deaths of more than 100,000 civilians over 36 years of civil war. The greatest benefactors of this policy have been the massive extractive agriculture corporations Chiquita, Dole and Del Monte. The United States government and these corporations owe reparations to Central America to repair this legacy of exploitation and repression. This is the only way to transform the conditions that compel migrants to leave their homes.

The Green-Rainbow Party calls for movement unity to carry out continuous and escalating non-violent actions in pursuit of the following demands:

United protests are critical to resisting these current attacks on migrants. But to move beyond resistance and challenge for power, we urge our allies to join us in building the political arm of our movement to elect leaders who share our values and press for transformative policies in the halls of government. The Green-Rainbow Party of Massachusetts stands ready to play this role in the 2020 elections and beyond.