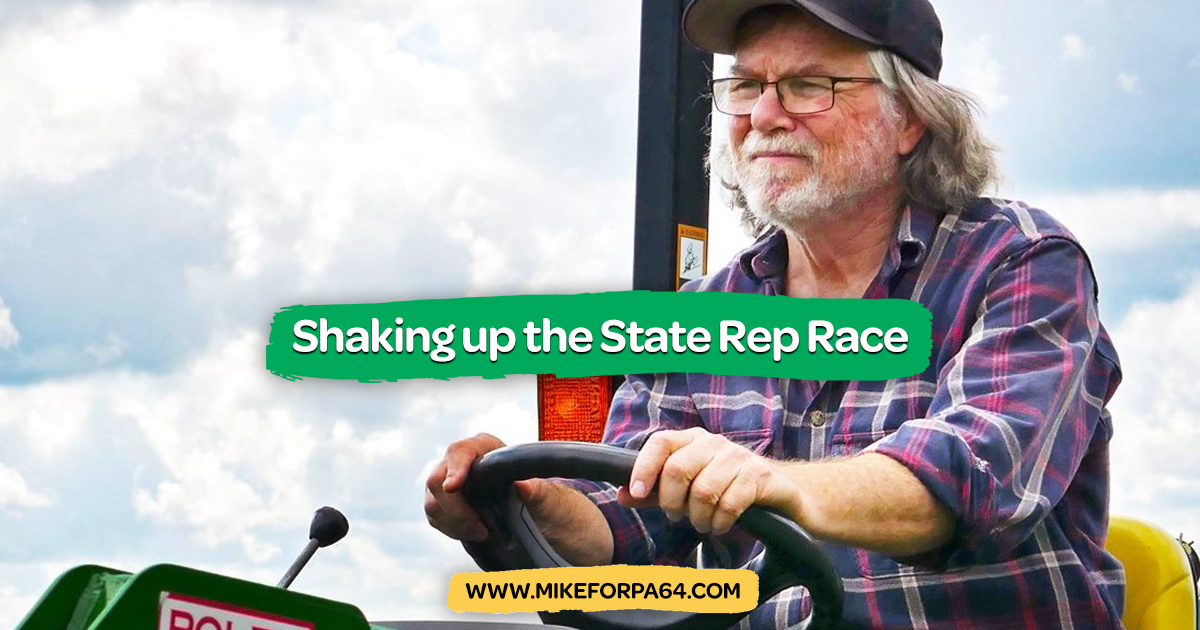 CHERRY VALLEY, Pa. – Michael Bagdes-Canning, a retired teacher and resident of Cherry Valley, has shaken up what was expected to be a sleepy re-election for State Representative Lee James.

Written off by many at the start as a perennially third party candidate — his previous runs for the same seat had failed to break 3 percent of the vote — has unexpectedly captured the public conversation as the race enters its final days.

"I think it boils down to that people are desperate for change," wrote Mr. Bagdes-Canning. "We're tired of watching our jobs move away. We're tired of living with inadequate healthcare. We're tired of stagnant wages and an ever-increasing stack of bills. We're tired of politicians promising action, but fighting for no one but their corporate backers."

A central point of Mr. Bagdes-Canning's messaging is the corruption of current leadership.

"Is it any wonder why Lee James votes the way he does when you look at who's giving to his campaign? His latest report didn't have a single donation other than from corporate PACs," he wrote.

Bagdes-Canning has so far refused corporate donations, a policy he claims he will continue if elected into office.

His election is far from assured. It remains to be seen whether voters are willing to take a risk on a relatively unknown face running as neither a Democrat or Republican. While Mr. Bagdes-Canning raised an impressive $21,000 since announcing his campaign, that still amounts to only about two thirds of James's war chest.

And if James is concerned about re-election, he has yet to start acting like it. His latest finance report shows expenditures of only $3,000 from July until mid-October, $1,500 of which was a transfer to the Republican state house campaign committee.

As voters head to the polls on Tuesday, they'll have one more decision to make than many had previously thought.