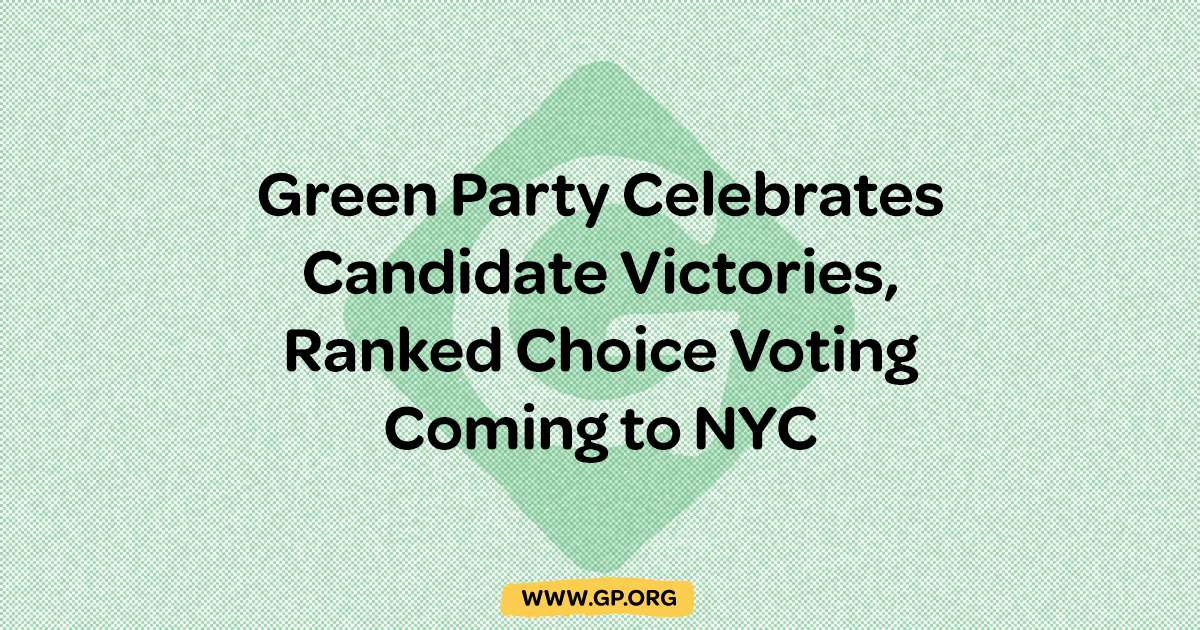 The Green Party of the United States (GPUS) congratulates all of its 2019 Fall General Election candidates on their hard-fought campaigns, including civil rights attorney and National Lawyers Guild member Kat Bruner James for her election to Ferndale (Michigan) City Council in a partisan election.

“I look forward to serving on the first female-majority City Council in Ferndale,” Kat announced in a Facebook post to supporters. “I have many people to thank.”

New York City’s approval of Ranked Choice Voting (RCV) for primaries and special elections, with over 73% voting in favor of the ballot proposal, also marks an important milestone for one of the party’s signature issues. “We will continue organizing for RCV in general elections in America’s largest city,” said GPUS Co-Chair and Brooklyn resident Gloria Mattera. “Millions of voters directly experiencing the expanded democracy RCV brings will build on the already overwhelming support shown in the referendum. RCV for all NYC voters — every time they vote — will become an irresistible demand.”

In another example of a referendum victory for voter empowerment in New York, the citizens of Syracuse adopted independent redistricting for their city council.

Anna Trevorrow, Green Party representative on the Portland, ME Board of Education, won re-election to a third term on a tide of community support. Trevorrow received the endorsement of Equity in Portland Schools, noting her record of lobbying for “doubling Pre-K with union staff, creating the Breathe Program—the new, greatly expanded emotional-behavior program, and further investment in core instruction” to improve educational outcomes in economically marginalized communities.

Other Green Party victories in yesterday’s General Election include:

Additional Green Party campaign results, including previous years and current officeholders, can be found at GPElections.org.