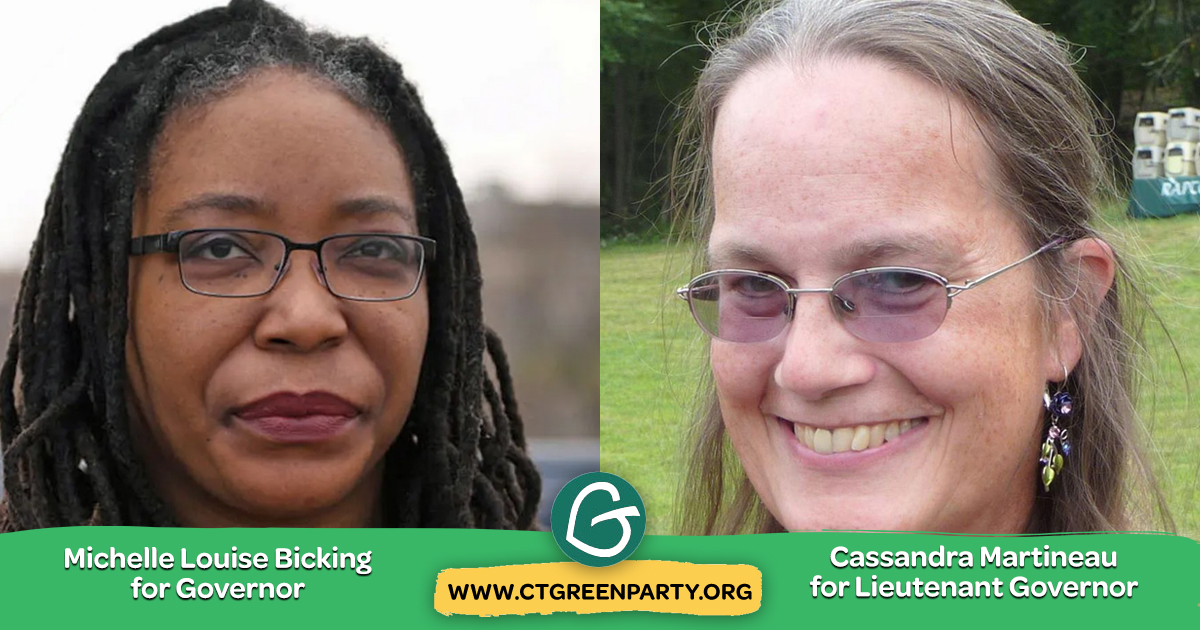 Gov. Ned Lamont and Republican Bob Stefanowski won their party’s endorsements two weeks ago at the convention, but they’re not the only candidates running for governor.

Last weekend, the Green Party of Connecticut endorsed Michelle Louise Bicking for governor and Cassandra Martineau as lieutenant governor. The Green Party doesn't have automatic ballot access which means it will have to collect 7,500 signatures to get Bicking and Martineau on the ballot in November. However, the 45 year old Bickings, doesn't believe it will be a hard path.

"We're rocking it," she said Wednesday in a phone interview.

Bicking, the mother of a six year old, was on her way to a soccer game when she took a few minutes to talk about her campaign and what she hopes to accomplish over the next few months.

"There would be a safety net for everyone," Bicking said. "And insurance would be bundled not sold separately for your eyes and ears." She said health care should include the whole body, including access to dental care.

She said she sees her hospice clients, even the ones considered wealthy, struggle to afford the health care everyone deserves.

Before the Patient and Affordable Care Act passed in 2010, Connecticut was considering its own universal health care system until it saw the price tag.

"While one of the wealthiest states, Connecticut is also among the most segregated, with one of the widest income gaps in the country," Bicking said. "The major parties are running two millionaires for governor, but we're running to address the everyday issues faced by regular people."

A first-generation woman of color of Bajan/Vicentian descent, Bicking said she still believes in the American Dream, but the playing field is not level and never has been. She said she's a Catholic, but pro-choice.

"I believe women should be able to make a decision about their own bodies and it's no business of the state," she said.

Bicking also said she would focus on better access to mass transit as a way to lift people out of poverty and get the economy to work for more people.

The theme of her campaign is "making room at the table" for everyone, regardless of income, age, race, ethnicity, gender identification, sexual orientation, and health status.

"I'm a hard one to ignore. My background is rich in service and beyond the LinkedIn profile, I'm committed to the public good," she said.

The last time a Green Party candidate was taken seriously was Cliff Thornton back in 2006. Thornton ran against former Gov. M. Jodi Rell and former New Haven Mayor John DeStefano. Thornton was going to be let into the televised debates and then at the last-minute that year was left out.

Thornton protested outside the New London Garde Arts Center that year after being left out. Bicking said she would hold her own debate in the parking lot outside, if the same decision was made this year.

She said democracy is about having all voices at the table.