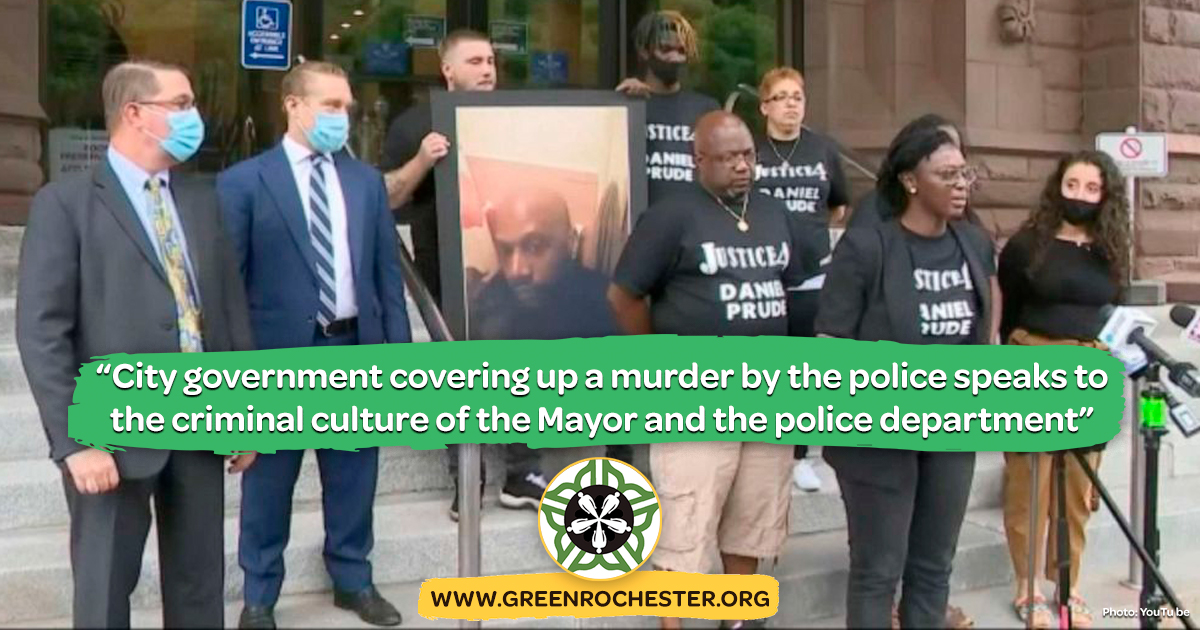 ROCHESTER, NY – The Green Party of Monroe County is calling for the resignation of Mayor Lovely Warren and Police Chief, La'Ron Singletary. We also insist that City Council dismantle the Rochester Police Department and replace it with an accountable, public safety-oriented entity that does not routinely injure, and sometimes, kill citizens.

After the homicide of Daniel Prude on March 30 by RPD officers, the Mayor and Police Chief, kept the incident quiet as hundreds of residents have been marching in the streets calling for changes to the police department. The public knowledge of this murder only happened due to a lawsuit by Prude's family. If it was not for that legal action we would still not be privy to the video that shows this execution.

"Our condolences go out to the family of Daniel Prude, but everyone is tired of giving out condolences. City government covering up a murder by the police speaks to the criminal culture of the Mayor and the police department she controls. We cannot wait for another election, the Mayor and Police Chief have to go now so that we can begin to make the changes needed to keep our citizens safe," says Alex White, Green Party officer and former candidate for local office.

The Green Party of Monroe County is also calling for the dropping of all charges against anyone who has been protesting in support of Black Lives Matter including the 9 people who were arrested on September 2, 2020.

The local Green Party has consistently run candidates who have called for a transformation of policing in Rochester, alleviating poverty, and eliminating corruption in government.