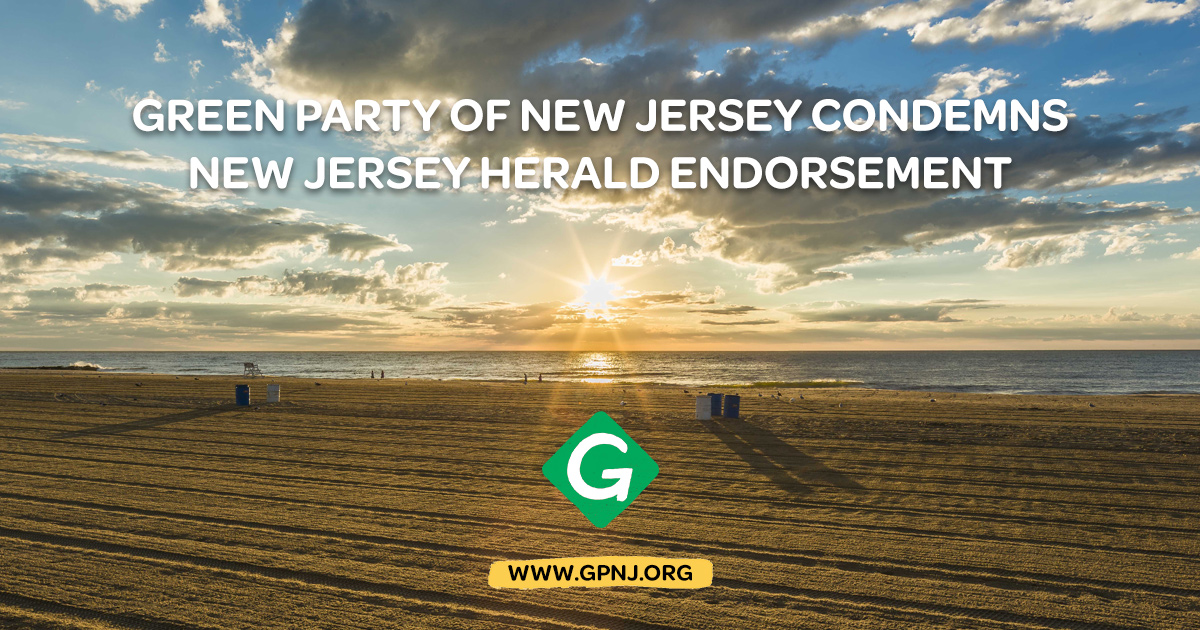 TRENTON, N.J. (Nov. 6, 2017) – In response to this past Sunday's endorsement of Assemblyman Parker Space (R – 24th District) by the New Jersey Herald editorial board, the Green Party of New Jersey issued the following statement: 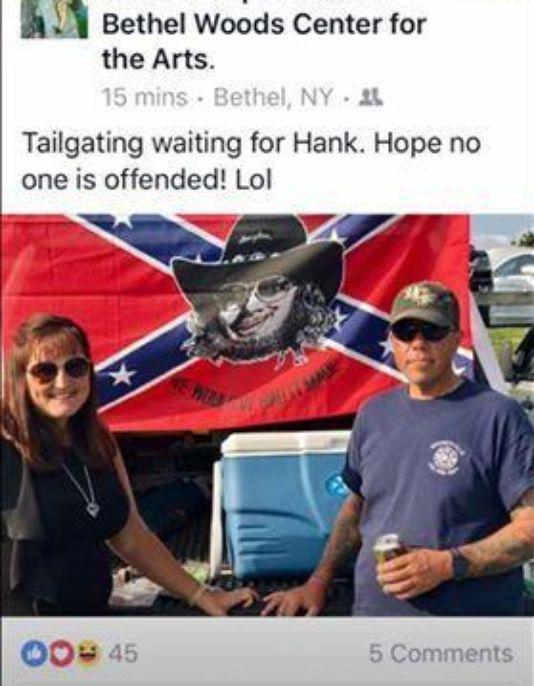 In August of this year, Space made national news by posting a picture of himself in front of a confederate flag emblazoned with a picture of Hank Williams Jr. and the phrase: "If the South had won we would have it made." The post was removed, but Assemblyman Space never offered a sincere apology, dismissing the uproar and calling his statement "working-class humor." In addition, Space made headlines again with his use of a misogynistic slur in reference to Kate Matteson, one of his opponents in the November election. Again, Space refused to apologize for the offense.

There are certain actions by politicians which should be deal-breakers for responsible media outlets when they offer endorsements. The unapologetic use of sexist language is unacceptable, and posing in front of racist symbols is an even more obvious disqualification. Not only did Parker Space choose to disseminate an image of himself with a Confederate flag, he did so at a time when the struggle against the display of such racist symbols had become greatly heightened in the immediate aftermath of the Charlottesville tragedy.

Despite Assemblyman Parker Space's callous disregard for so many people he had offended, the New Jersey Herald endorsed him, calling him "the most popular elected official in the county" and saying, that "his seemingly off-the-cuff remarks on hot-button issues never fail to provoke. Agree with him or not, he's a genuine product of this region who expresses the thinking of a lot of his constituents." This is truly appalling. To affirm the notion that Space's widely-reviled behavior is supposedly representative of the people of Sussex County and the 24th Legislative District, and then provide institutional validation of the despicable underpinning cultural attitudes at the foundation of such behavior, is shocking, out-of-touch, and completely unacceptable.

The Green Party of New Jersey does not agree with Parker Space, nor do we agree with the notion that misogynistic language and white supremacist humor should be dismissed or formally affirmed as indicative of the morals and ethos of northwestern New Jersey or elsewhere in our beloved state. Judging from the overwhelming majority of online comments in response to the Herald's endorsement, most individuals would strongly align with our stance.

If the editorial board of the New Jersey Herald will not immediately withdraw and retract their endorsement of Parker Space for New Jersey State Assembly in 2017, we demand their resignation. If they do not chose to resign, then we demand that Quincy Media, the parent company of the New Jersey Herald, terminate its relationship with all members of the Herald editorial board who are responsible for this dereliction of duty to the community they serve as managing representatives of the newspaper of record in New Jersey's 24th Legislative District.