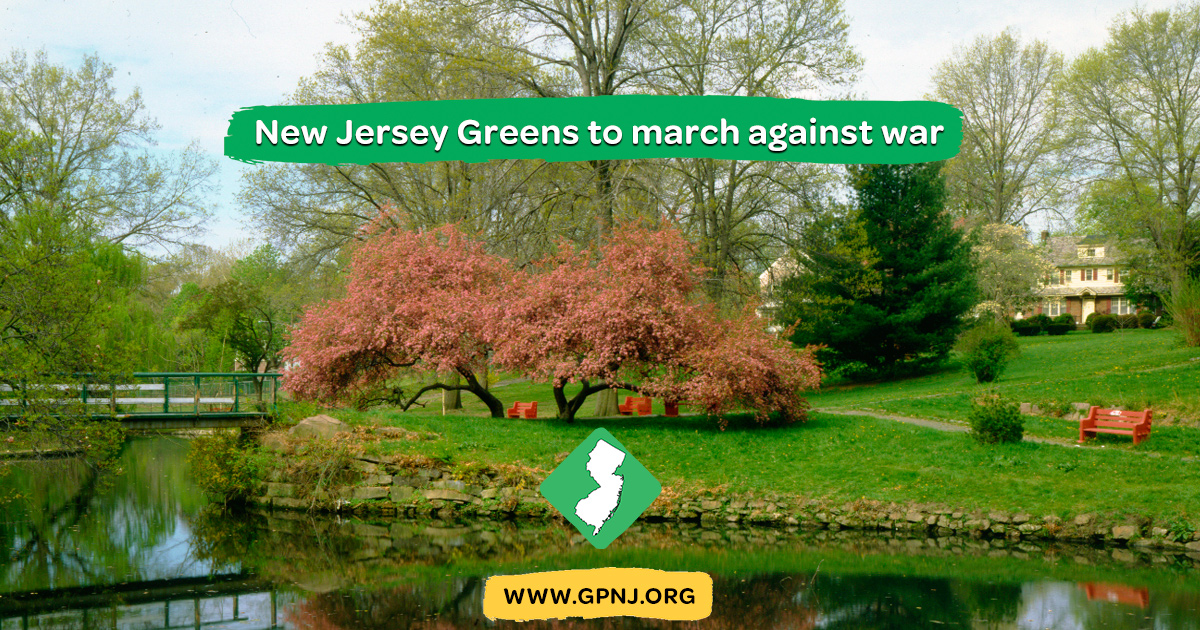 The Green Party takes a strong position against militarism and imperialism. Green Party of New Jersey members and former 2018 candidates, Madelyn Hoffman (U.S. Senate) and Diane Moxley (Congressional Candidate CD7), are members of The March on the Pentagon Board of Directors. Both are committed to amplifying a strong anti-war message in their local activist communities. The Green Party stands against Empire and all forms of oppression. We support our sisters unequivocally, here and around the globe. War is our common enemy. Join the Green Party of New Jersey, and many others, as we declare that war IS a women’s issue.

The March on the Pentagon peace contingent will meet 10:30 am on Saturday, January 19, 2019 at the World War II Memorial that is directly across the street from the State House located at 225 West State Street. We will then join the Woman’s March at their staging area at the Trenton War Memorial located at 1 Memorial Drive.