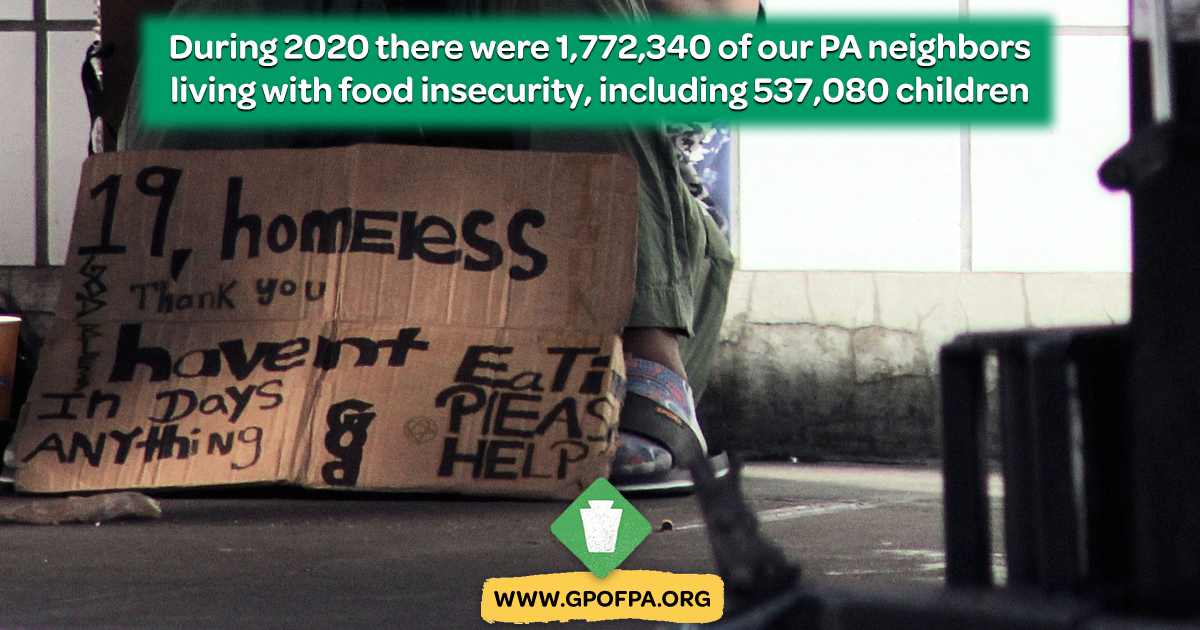 PHILADELPHIA – The Green Party of Pennsylvania (GPPA) meeting in Harrisburg on June 11, 2022, decided by consensus to find solutions for bread and butter issues. One important issue is food insecurity, defined as inadequate caloric intake or access to the proper food.

More than ten percent of the U.S. is experiencing food insecurity. People of color are twice as likely to have issues with food. The numbers in 2019 were: Blacks - 19.1%, Hispanic – 15.6%, and Whites – 7.9%. Looking at education, neighbors with no high school diploma were at 27%.

"During 2020 there were 1,772,340 of our PA neighbors living with food insecurity (including 537,080 children)," warns Chris Robinson (Philadelphia), a GPPA delegate. "The average PA food insecurity rate was more than 13 percent (childhood rate more than 20 percent), according to the most recent statistics from the PA Department of Agriculture."

The following 49 PA counties have food insecurity higher than or equal to the U.S. average of 10 percent:

Fortunately, the Green Party has some policies which will relieve food insecurity. One solution is to eliminate factory farming, a type of farming in which animals are raised in large groups to be harvested in factories. One-half of all grain is used to feed the animals in factory farms.

A second Green Party solution would be to eliminate as much food waste as possible. These are two fixes which could be done right away, but it is also important to look at food insecurity in more detail. Access to clean water is also part and parcel of the problem.

The U.S. is the largest exporter of food in the world, and yet it has 13.7 million people who are hungry. It is now time to put the Green Party on the ballot.

[Thanks to Bill Jones (Allegheny), who did much of the research for "Green Party Can Solve Hunger in PA."]