The Green Alternative to Red and Blue 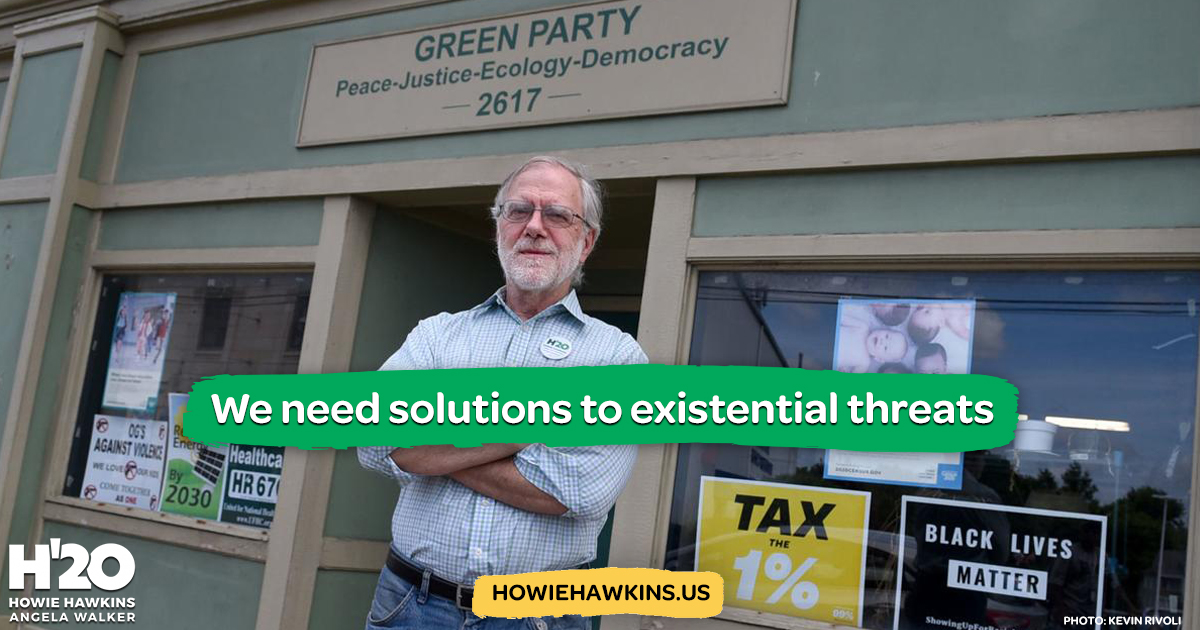 If you lean left, you're probably voting for Joe Biden. Howie Hawkins would like you to reconsider. Mr. Hawkins, 67, is a former teamster and construction worker and the Green Party's presidential nominee. A self-described anticapitalist and eco-socialist, Mr. Hawkins is running on Medicare for All, the Green New Deal and a $20 minimum wage.

Democrats have rallied around the assumption that Donald Trump is a threat to American democracy. Mr. Hawkins counters that the president represents a continuation of long-standing policies. "We've got life-or-death issues: our climate emergency, an equality crisis with working-class life expectancies in decline, a new nuclear arms race. Donald Trump has continued in that regard what was going on under the Obama-Biden administration," Mr. Hawkins tells me. "If we get a Biden administration, we don't get solutions to those problems. Those are existential threats."

He allows that Mr. Biden would do a better job than Mr. Trump responding to the coronavirus pandemic. But "the rest of it, from my point of view, there are no solutions there." On matters of war and peace, Mr. Biden may even be a change for the worse: "He has a whole history of being a hawk."

When I asked Bernie Sanders in 2016 why he ran as a Democrat rather than an independent, he said there was no credible path to the White House outside the two major parties. Mr. Hawkins thinks progressives who work within the system get assimilated by it: "We need to advance our solutions directly to the American people. When you go into the Democratic Party, you want to change it, it changes you."

For example? "With the Green New Deal, AOC and other Democrats took the slogan of what was the signature policy of the Green Party for a decade and diluted the content . . . and extended the deadline" for net-zero carbon emissions "from 2030 to 2050. There's no real solution there."

Third-party candidates don't get interviewed much. "We've been blanked out by the corporate media," Mr. Hawkins complains. The Green nominee received three minutes of mainstream TV exposure this year, on MSNBC's "Morning Joe." The whole time was spent on whether he's a spoiler. "If I'd been in the debates and covered, I think I'd be a contender. Medicare for All. Ending these endless wars. Our platform is more popular than what Trump and Biden are offering."

For Mr. Hawkins, it's important for those ideas to be represented outside the Democrats' big tent. "The left needs to act and speak for itself instead of going into the world's second most enthusiastic capitalist party and trying to get a word in edgewise," he says. "The [Democratic] establishment lets progressives give speeches. They like that because it brings progressives in. But the decisions are made by the corporate wing."

Mr. Rall is a political cartoonist and author of "Political Suicide: The Fight for the Soul of the Democratic Party."