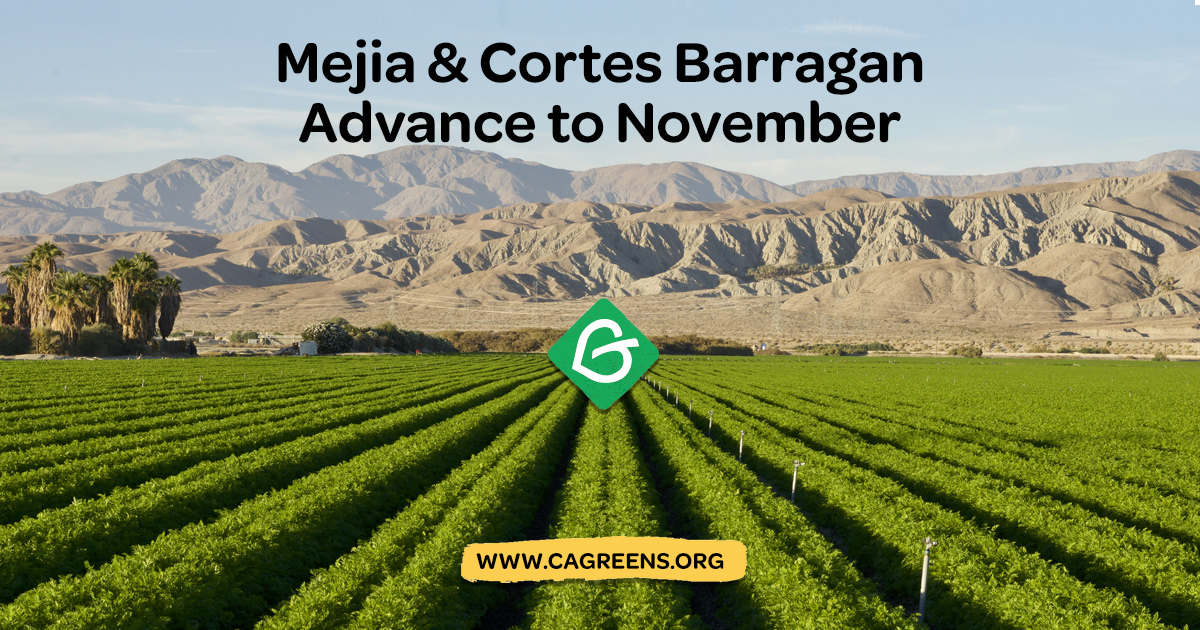 Los Angeles, CA – The Green Party of California announced today that at least two of its candidates for the U.S. House of Representatives have advanced to the November election and will launch a strong challenge to win seats currently held by the Democratic Party.

The two Green challengers are Kenneth Mejia in Congressional District 34, and Rodolfo Cortes Barragan in District 40. Both districts are in Los Angeles County. Several other Green candidates for Congress are awaiting final vote tallies to see if they will advance to the general election.

Mejia edged out Libertarian Angela McArdle in the District 34 primary and will now challenge Democrat Jimmy Gomez in November. Barragan was guaranteed a spot in the general election as one of only two candidates in the District 40 primary, and will face off against Democrat Lucille Roybal-Allard.

The candidates said that they are poised for a powerful challenge to traditional party control of the two House seats, and that the Green Party’s refusal to take corporate donations gives them the moral and grassroots high ground to win the two elections.

Mejia said, “California’s electoral laws were changed in 2014 to make it much harder for Greens to reach the general election. But there is a key opportunity in that setback. The Green Party of California can now focus all of its efforts for national office on just a couple of seats. We are gearing up to win those seats, and send the first Greens in history to Washington, DC.”

Barragan added, “The Green Party takes no corporate donations. We will win these elections with people power, not corporate cash. After the energizing Bernie Sanders primary run in 2016, voters are now eager to throw out candidates and parties that strong-arm elections by shamelessly allying themselves to billionaires and superPACs. The Green Party is in these races to win, and to start taking back the Congress for the people.”