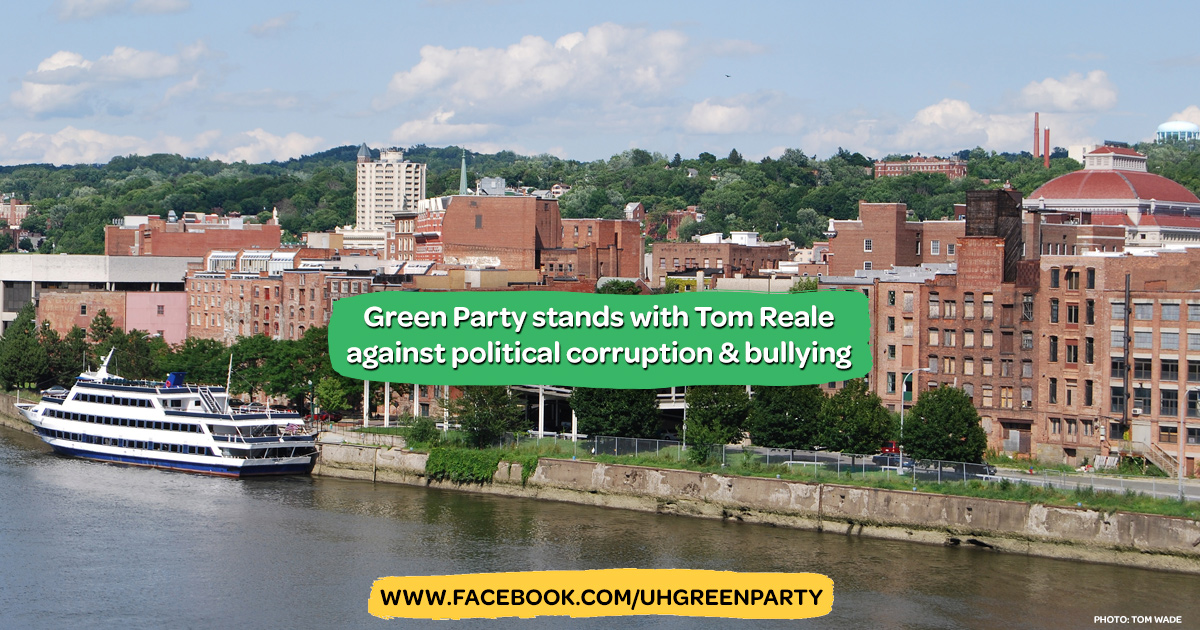 These four Republicans are not strangers to scandals and corruption. Steve McLaughlin was recently sanctioned by the NYS Assembly Ethics Committee for sexual harassment, Rich Crist is currently under investigation by the FBI and State Attorney General's Office for his work with political campaigns, Jim Gordon's wife called 911 on him for holding her down while he was running for Troy mayor 4 years ago, and John Sweeney was accused of strangling and beating his wife, misusing funds, and interfering in the 2000 Florida recount.

After surviving verbal abuse by these four henchmen, Reale is back in the race after briefly suspending his campaign. Reale has called out his own Republican Party for corruption and bullying at his Tuesday press conference.

Reale spoke about his fellow Republican candidates holding events with Wiltshire and even carrying his campaign literature while door knocking.

"We need to end this political corruption if we expect people to trust their government again."