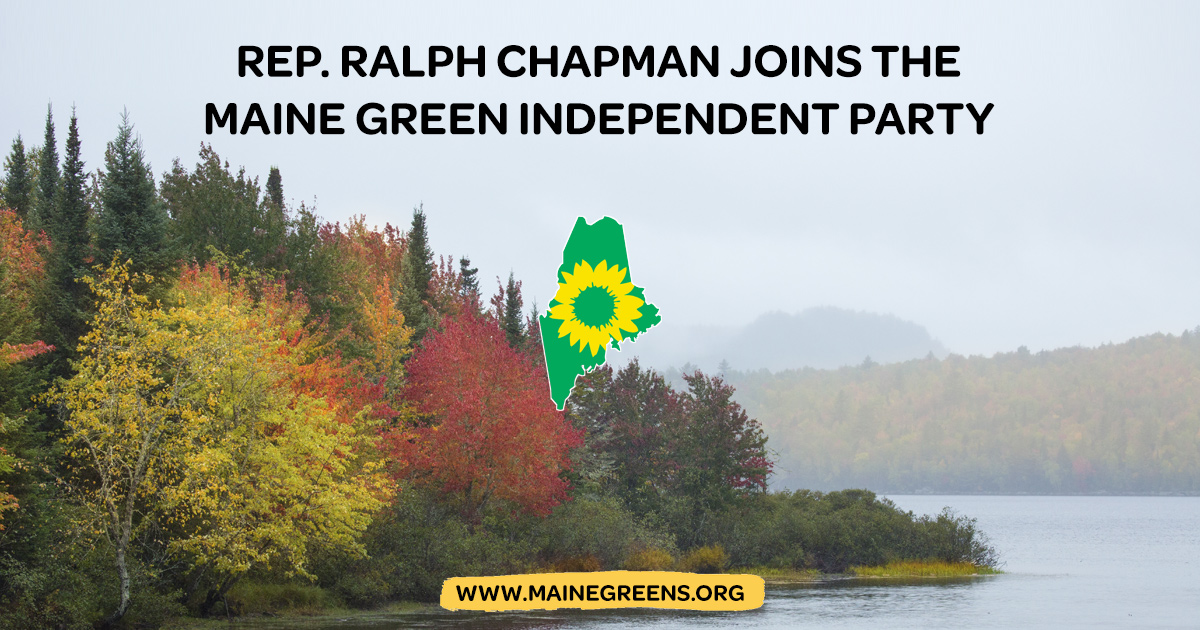 A Maine House of Representatives Democrat who quit the party earlier this year has announced that he has enrolled in the Maine Green Independent Party.

That makes Rep. Ralph Chapman of Brooksville the second Green Independent to serve in the Legislature's history. The only other was former Rep. John Eder of Portland, who was elected in 2002 and served two terms before losing a re-election bid in 2006.

Chapman, who quit the Maine Democratic Party in May, said the Legislature's tinkering with several citizen-initiated laws this year, such as ones that legalized recreational marijuana and created a 3 percent surtax on upper earners to benefit public schools, was part of his motivation. He also sparred with Democratic leaders over a bill that creates new mineral mining rules.

Another reason he left the Democratic Party was because of what he called the "corporate funding influence on the State House party leadership of Maine's two largest political parties."

On Friday, Rep. Martin Grohman of Biddeford announced he has left the Democratic Party and will continue his second term as an independent with no party affiliation. Grohman also cited special interest groups' influence on the Legislature.

"The Maine Green Independent Party offers an alternative" because it doesn't accept corporate donations, said Chapman, who is in his fourth term and will be prevented by term limits from seeking re-election. "In essence, the Maine Green Independent Party is demonstrating, by its actions, how to behave as though the Citizens' United Supreme Court decision were overturned."

Jon Olson of Jefferson, who co-chairs the Green Independent Party, welcomed Chapman in a written statement. He referred to the State House as a "toxic political environment."

"We hope that other legislators of either major party will consider following his lead and that new aspiring candidates will do so as well," said Olson.

The Maine Green Independent Party is an offshoot of the Maine Green Party, which was founded in 1984. It gained official party status most recently in 1998 and has one announced candidate for governor in the 2018 election: Jay Parker Lunt Dresser of Bangor, according to a filing with the Maine Ethics Commission.

The balance in the House now stands at 74 Democrats, 70 Republicans, one Green Independent and five representatives who are unaffiliated with a party. A Lisbon-area seat, which was held by Republican Rep. Gina Mason, became vacant when Mason died earlier this month and will be filled in a special election in November.