Greens to speak at anti-war conference 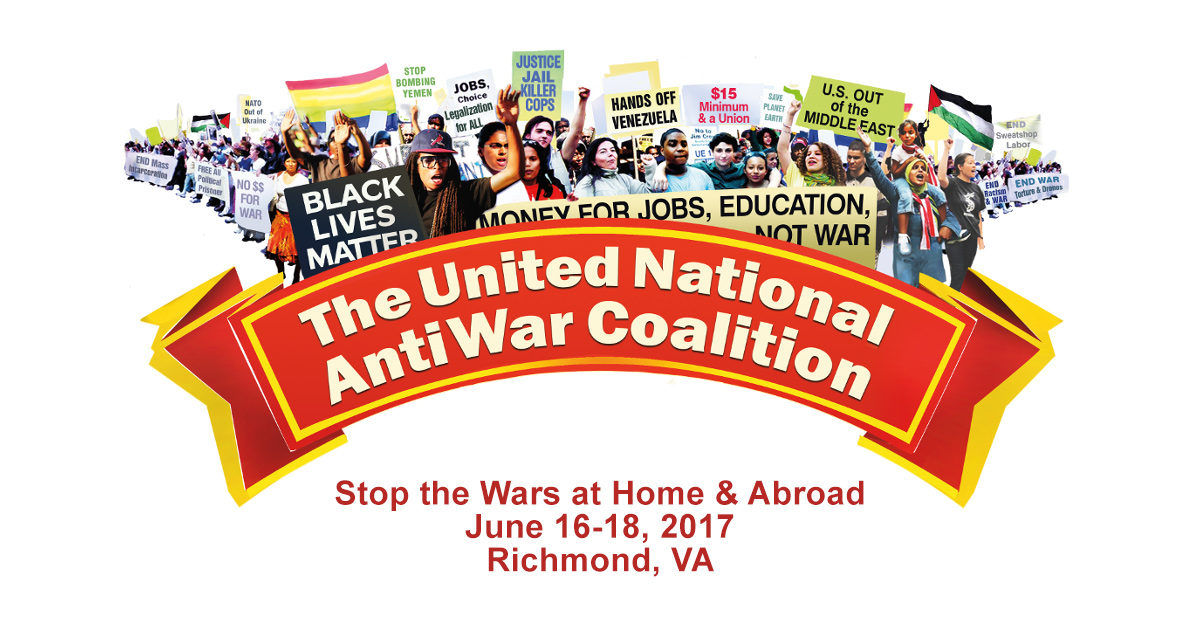 The United National Antiwar Coalition (UNAC) is hosting a national conference in Richmond, VA June 16 - 18. The theme of the conference is Stop the Wars at Home and Abroad, Building a Movement Against War, Injustice & Repression!

Hundreds of activists from around the United States and many other countries will gather in Richmond, Virginia, June 16-18 for a national conference: “Stop the Wars at Home & Abroad: Building a Movement Against War, Injustice & Repression!”

The conference, to be held at the Greater Richmond Convention Center, is being hosted by the United National Antiwar Coalition, one of the largest progressive coalitions in the country. An all-volunteer organization, UNAC was founded in 2010 on two basic principles: opposition to all U.S. wars and interventions, and support for the right of all oppressed peoples to self-determination.

The conference will consist of three days of panels, workshops, discussions, a Saturday evening rally with cultural performances and a Sunday march to Richmond’s African Burial Ground to declare UNAC’s support for the Community Proposal for a nine-acre Shockoe Bottom Memorial Park.

Complete information on the conference can be found at http://www.unacconference2017.org.