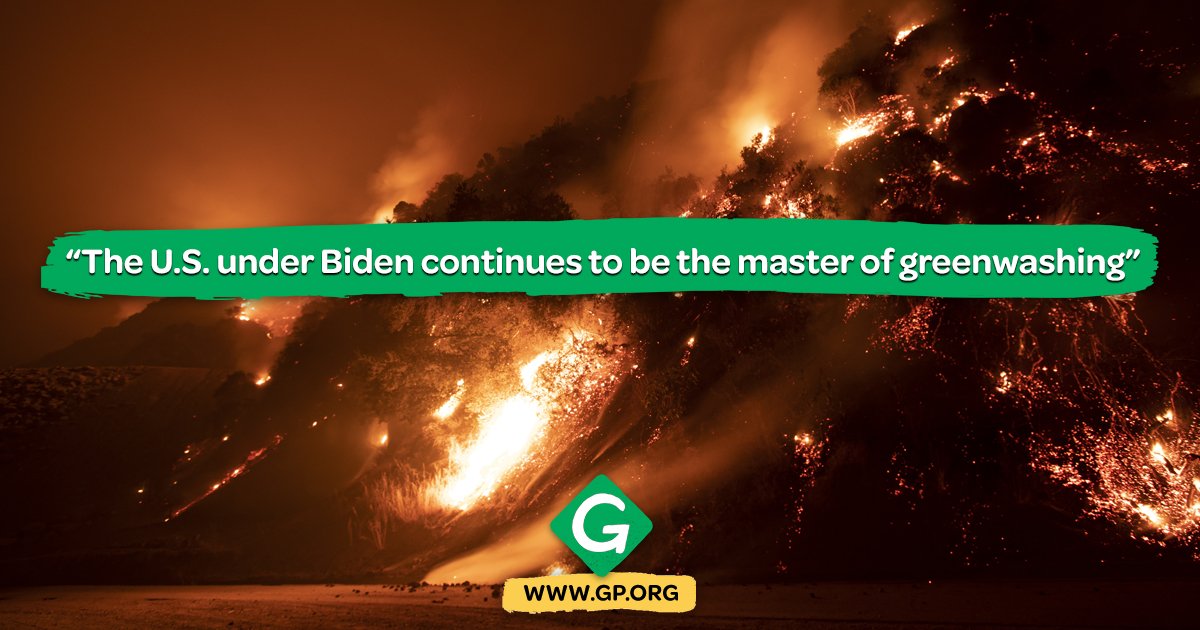 “The head of the United Nations and leading scientists have repeatedly warned that the time to avoid climate collapse is running out and that the commitments made by governments worldwide are grossly inadequate. While the GOP have been climate deniers, the Democrats have long promoted climate delay, blocking critical action to halt fossil fuel burning as quickly as possible. The U.S. has been the biggest contributor to climate change and under Biden and Kerry it remains one of the biggest obstacles to saving life on the planet,” said Mark Dunlea, co-chair of EcoAction.

The final text “clearly protects oil and gas petro-states and the fossil fuel industries,” said Laurence Tubiana, one of the architects of the 2015 Paris climate agreement and now head of the European Climate Foundation. Mary Robinson, former president of Ireland, blamed the G20 countries for the lack of progress on cutting emissions, saying “The world remains on the brink of climate catastrophe.” The secretary general of the UN warned: “Our planet is still in the emergency room. We need to drastically reduce emissions now – and this is an issue this COP did not address.”

The U.S. has repeatedly opposed efforts to impose mandatory emission cuts while resisting efforts to have the industrial nations provide funding for the “loss and damages” their fossil fuel emissions have imposed on the developing world in the Global South. The efforts by the U.S. to promote carbon credit schemes and humanitarian aid as a substitute for loss and damages was roundly rejected as inadequate.

The U.S. remained largely silent as the developing countries after decades of efforts were able to get an agreement in principle on “loss and damages” with the actual details to be worked out in the future. The U.S.' main involvement was to join with the European Union to push for China (the world’s present largest emitter of GHG) and India to make contributions to the funds even though they are still classified as developing nations.

The push by India and 80 other countries to phase out fossil fuels was rejected, with instead an agreement that only mentions halting “unabated coal,” a loophole to allow fossil fuels to be continued to be burnt while tens of billions of public funds are wasted on the unproven technology of carbon capture. Democrats in the U.S. have diverted billions of tax dollars to such schemes.

“The U.S. under Biden continues to be the master of greenwashing, offering up sound bites that recognize the severity of the problem while in reality protecting the fossil fuel industry. We need to end the use of fossil fuels within the next decade while making industry pay (e.g., a carbon fee and dividend) for all the pollution and global warming they have created. Climate change is already here, with extreme weather accelerating. The world’s health community estimates that air pollution alone already kills an estimated 8 million people annually,” said Howie Hawkins, the 2020 Green Party nominee for president.

The Green Party first began calling for a Green New Deal in the U.S. in 2010, combining a ten-year timeline to get to zero emissions with a comprehensive Economic Bill of Rights built on a guaranteed living wage job and income, single payer universal health care, affordable housing, and free college education including housing. Greens support investing at least 40% of climate funds in low-income and communities of color that are the principal victims of climate change. The Greens advocate a Just Transition to ensure a decent standard of living for all, including workers and communities presently dependent on fossil fuels.