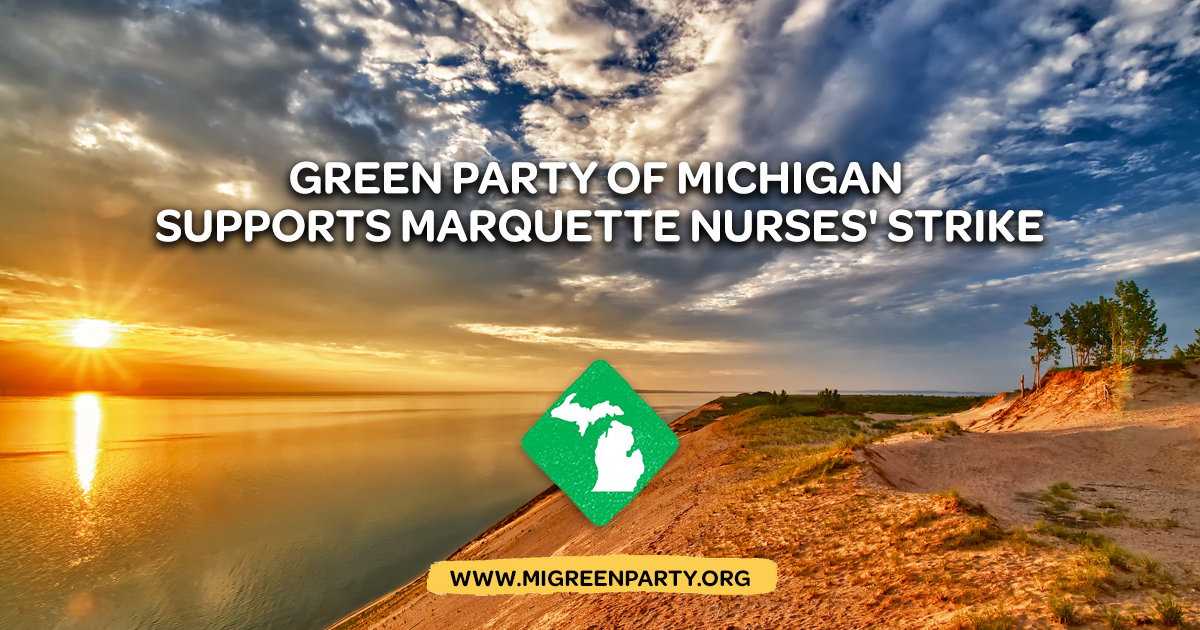 Green Party members from across the state of Michigan will join the Michigan Nurses Association on picket lines in Marquette this Friday night.

The Michigan Nurses Association has planned a strike against Duke LifePoint, including a demonstration which is scheduled to continue until 7:00 am Saturday morning.

Green Party members from all corners of Michigan will be traveling to Marquette for the third Michigan State Membership Meeting of the year.

The Greens plan to demonstrate in solidarity with friends of the Michigan Nurses Association, standing in protest against under-staffing and and safety issues at the UP Health System. Friends, followers, and supporters are encouraged to participate.

Following the strike, the Green Party of Michigan will meet at the Marquette Township Community Center (1000 Commerce Drive) starting 9am Saturday.

The group will also campaign locally for Wade Roberts in the Marquette area. Roberts has been nominated by the party and is running for State Representative in Michigan's 109th district.

"Our futures depend upon the sustainable development of our natural resources and the re-establishment of the grassroots democracy that originally built the central Upper Peninsula," said Roberts. "I stand with the Michigan Nurses Association in their strike against Duke LifePoint."

A resident of Munising, Roberts is a committed to running a "People First" campaign that focuses on issues such as repairing the local economy and environmental concerns.