Green Party candidates will appear on Maryland ballots in November 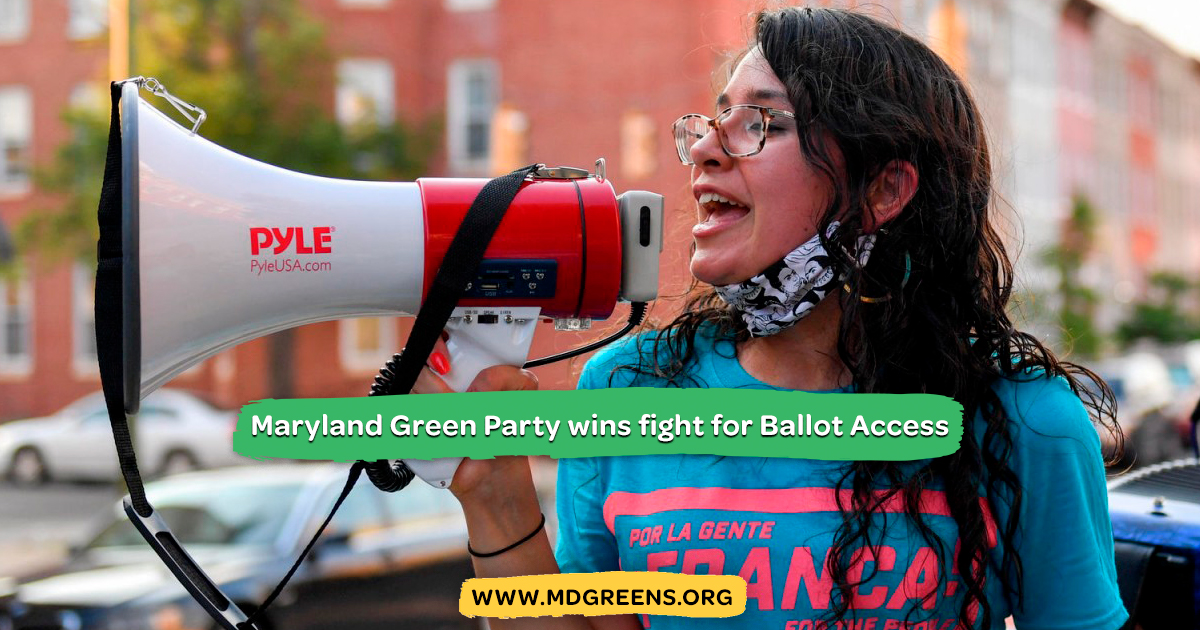 Maryland voters will have more options this November – and Democrats will face a little more competition – after the Maryland Green Party’s petition for ballot access won state approval today.

Their names now appear on the Maryland State Board of Elections 2020 General Election Candidate’s List.

Collecting enough signatures to get on the ballot during the coronavirus pandemic this year has been difficult for third parties and other petitioners, who have traditionally obtained them by going door-to-door or at public events.

The Green and Libertarian parties sued the state in U.S. District Court for a lower signature requirement – from 10,000 to 5,000 – and in June they won. In April, the Maryland State Board of Elections (SBE) allowed a more accessible electronic signature system which, in the past, required voters to print and sign.

The Greens submitted more than 7,300 signatures to SBE before the August 3 deadline, a cushion that kept them well above the minimum after SBE struck some off the list.

With about 100 ballots left to count, former Maryland Green Party co-chair Andy Ellis said more than 6,100 had been approved.

That may be enough to compete – shortly before the June primary, Stokes reported $39,000 on hand.

Howie Hawkins and Angela Walker, the Green Party’s candidates for president and vice president, will also appear on Maryland ballots.