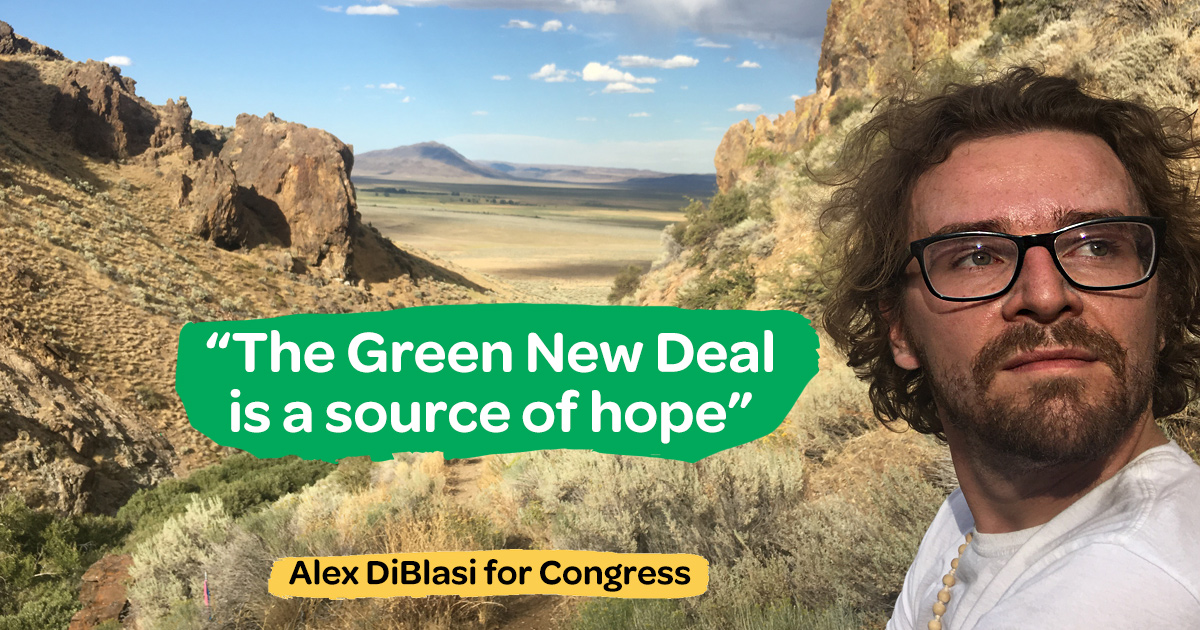 "What I've been telling kids for some time now is, first, register to vote, and second, as soon as you're old enough, RUN FOR SOMETHING." — Frank Zappa, 1986

I am seeking the nomination of the Pacific Green Party for Oregon's 3rd Congressional District. I'm running not because one of my favorite musicians said so; rather, in the four years I have lived in Portland, I have come to love this city and this state. However, I have also seen failures, major shortcomings, and straight-up hypocrisies from our (largely) Democratic leadership.

Our present Governor came into power because her predecessor was the subject of a federal criminal investigation. Our present Mayor ran on a platform that s̶t̶o̶l̶e̶ borrowed heavily from the best ideas of his rivals, namely Jules Bailey and the two mayoral candidates embraced by activists in the City of Roses, Sarah Iannarone and Jessie Sponberg. These three had their finest points on housing, homelessness, police reform, and the environment co-opted by the (sixth-generation timber) moneyed campaign of Ted Wheeler. Two of our county commissioners openly feuded recently, with a hot-mike catching one calling the other a "bitch." (Both are female, the speaker white and the recipient black.)

What has happened to progressivism in Oregon? Where are all the radicals? Isn't this place supposed to be weird?

My key issues are to promote the Green New Deal as a solution for energy, transportation, labor, and economics; to fight for single-payer healthcare on the national level; to overturn Citizens United and get corporate money out of our elections; to protect the environment by keeping the extraction industry out of Oregon; to aid in our homelessness crisis by offering greater resources to agencies, including supportive housing and supervised injection/needle exchange sites; cannabis reform that allows interstate travel into other legal states and making it easier for smaller operations to stay in business; to expand our infrastructure to create more bike and pedestrian lanes, to improve overall road conditions, and continue to invest in mass transit; to reform our police departments and criminal justice system; to get rid of anti-privacy legislation like the USA Patriot Act and National Defense Authorization Act; and education reform that includes promoting hands-on learning and STEM classes while promoting arts curricula.

As Representative, my first priority will be to introduce legislation calling for a Green New Deal. This plan includes an economic bill of rights, plans for a green energy transition, comprehensive financial reform, and restoring true democracy by ending corporate personhood and getting money out of politics. During this time of uncertainty, with the Trump Administration enacting deportations in our own backyard, horrific military strikes overseas, and overturning regulations protecting the environment, our labor force, consumer safety, and corporate oversight, the Green New Deal is a source of hope. The Green New Deal shows that there is a way out of the mess we have been in (not just the mess we are in, as the oppressive reality of American leadership was not born with Trump running for office), and it is a way that will ensure a more prosperous, peaceful future for all Americans.

I will stand up to the Department of Justice as their Immigration and Customs Enforcement (ICE) is ramping up detentions and deportations. It is unconscionable that these horrific incidents continue to occur in Portland, which has declared itself a Sanctuary City at least twice, and in Oregon, which has similarly declared it is a Sanctuary State. The presence of ICE is a very real threat to the peace and livelihood of our immigrant communities. Last year, I spoke to Portland City Council and Mayor Ted Wheeler about the need to pass a resolution creating a legal definition for "Sanctuary" status. That request has been ignored. Until that happens, such declarations of sanctuary status remain hollow, and our communities will exist in a state of fear and distrust. I will work with lawmakers and immigration attorneys to come up with a legal definition for "Sanctuary" status for a city, county, and/or state.

Another issue that is dear to many Oregonians is preserving the natural beauty of our state. This means ensuring efforts are made not just for robust conservation and environmental stewardship, but to also protect our public lands, waterways, and natural resources. I will not allow the Department of the Interior to shrink the Cascade-Siskiyou National Monument, nor will I allow the extraction industry to expand their operations into the Pacific Northwest. We have to move past fossil fuels, not continue to embrace them, and certainly not at the expense of the Cascadian bioregion. The Green New Deal will invest in renewable energy while also creating millions of jobs in sustainable energy and retrofitting. If elected, I will also send a clear message to Nestle and other companies that the Columbia River is not for sale. Those waterways are not to be privatized.

Attorney General Jeff Sessions, besides waging war on nonwhite immigrants, has also put the cannabis industry of many states, including Oregon, on notice. The people of our state have spoken by referendum vote and I will continue to support Oregon's vibrant cannabis industry as a viable future for our state's economy while also providing a natural healthcare option for patients. I will work to ensure medical and recreational cannabis can cross state lines from one legal state into another, opening up the cannabis market for consumers and patients to include Washington, California, and Nevada. I will fight to get cannabis legalized across the United States and its territories while also pushing for the decriminalization of all drugs. Oregon has been a leader in that we have been expunging records for people who have been arrested or jailed for cannabis-related offenses. I would like to see this privilege be granted to all persons nationwide. Portland is no stranger to the epidemics of methamphetamine, heroin, and opiate abuse. However, other countries have shown the best way to combat drugs is not to treat drug use as a criminal issue, but rather to address addiction as a mental health issue.

I am running with the intention of winning. It is time for Democrats — especially in "blue" states — to have a serious challenge come from the Left. It is time for a change in the 3rd District. Congressman Earl Blumenauer has been the Representative of this district, which includes nearly all of the city of Portland, since 1996. He has held this office through four Presidencies and has faced off in over ten elections. This unchecked power needs to be held accountable.

Long-term careers in Congress are not uncommon, but they are often indicative of low voter turnout and party complacency. Blumenauer is representative of Democratic complacency, in power for too long and known more for his bow ties and his fruitcake than for impacting great change in Congress. My decision to run was in no small part motivated by the political theater he generated by skipping the State of the Union address this year.

If elected, I will be Donald Trump's greatest opponent in Congress, and I'll actually show up for the job.