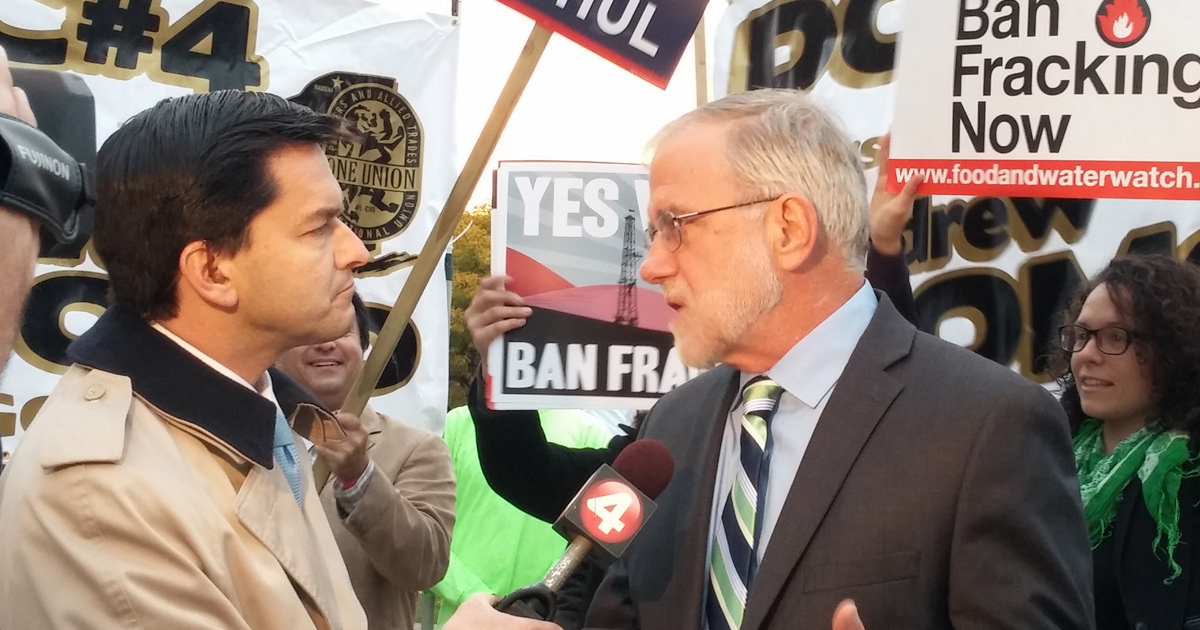 Howie Hawkins, who has run for office 20 times since moving to Syracuse in 1991, plans to announce his candidacy for the city's top job in early May.

Hawkins, 64, has run for governor, U.S. senate, city auditor, Common Council and mayor. In his most recent race against City Auditor Marty Masterpole in 2015, Hawkins took 35 percent of the vote in a citywide race. In a mayoral general election that could have at least four candidates, those kind of numbers would make him competitive.

Even if he doesn't win, Hawkins aims to bring awareness to his party's platform. In races against Gov. Andrew Cuomo in 2010 and 2014, he advocated for issues like a living wage for workers, a ban on fracking and a millionaires' tax. Cuomo has since adopted all of those issues.

"If we don't win, we still put issues on the table, get them discussed and move the ball forward," Hawkins said. "But it would be nice to be in there and -- with public power -- follow through."

At the top of Hawkins' to-do list as mayor is stabilizing the city's finances. He would ask the state for approval to institute a city income tax for anyone who lives or works in Syracuse. New York City and Yonkers have such a tax.

The tax would be scaled to income from half a percent to one-percent. Hawkins calculates it would generate at least $37 million a year in additional revenue for the city.

"Most of the middle and upper income jobs are up on university hill or downtown and most of those people live in the suburbs," he said. "They use city services but they're not contributing."

He would also form a coalition with other mayors and lawmakers from Upstate New York to lobby for more state revenue sharing. Municipal aid has remained flat since Cuomo took office. Syracuse will get $74 million from the state this year, which makes up about one-quarter of the city's $293 million operating budget.

Hawkins wants to adopt a community policing model that puts beat cops in a neighborhood where they can get to know residents. He would conduct a national search for a police chief who could implement that model.

Such tactics worked in Richmond, California, which cut its homicide rate in half in 10 years using a community-based policing model. Residents also became more active in cooperating with police. That city is just slightly smaller than Syracuse and had 41 homicides in 2005. That number dropped to 18 in 2015.

Using the Richmond model, Hawkins would create an office of neighborhood safety with cops, community leaders, religious leaders and others to target kids most at risk for gun violence.He would also incentivize cops to live in the city with things like subsidized housing -- in Richmond, cops could live in public city housing for free. He said ideally all cops would live in the city but recognized the political challenges of making that happen.

Hawkins doesn't like the metropolitan government structure as proposed by the citizen group Consensus, but said consolidation of other services should be explored. He favors a federated model of consolidated government that includes the villages and towns and more evenly distributes representation.

On the replacement of Interstate 81, Hawkins favors a community grid option. The work on that project should be done by cooperative labor groups that would keep the money local, he said.

Mayor Stephanie Miner has declared Syracuse is a sanctuary city and will not use its police officers to enforce federal immigration policies. Such a declaration is wholly symbolic, since sanctuary policies are made by the county sheriff.

Hawkins said the city's police force shouldn't "go around asking for papers," since that violates the Fourth Amendment to the Constitution. As for making a declaration of the city's sanctuary status, he said it wasn't up to him.

"The county sheriff really has the decision, and the mayor doesn't have the sheriff working for him or her," Hawkins said.

Hawkins grew up in California and attended Dartmouth College, leaving just shy of a degree. From there, he worked in construction and logging in Vermont and New Hampshire.

He moved to Syracuse in 1991. He lives on Beard Street on the South Side and works the overnight shift at UPS. He is a member of the Teamsters local 317 union.

Hawkins is the 10th candidate in the mayoral race. There are seven Democrats seeking that party's nomination: Raymond Blackwell, Alfonso Davis, Chris Fowler, Marty Masterpole, Andrew Maxwell, Joe Nicoletti and Juanita Perez Williams. The Republicans have selected Laura Lavine as their nominee and Ben Walsh will seek to create his own party line on the ballot.

The general election is Nov. 7.