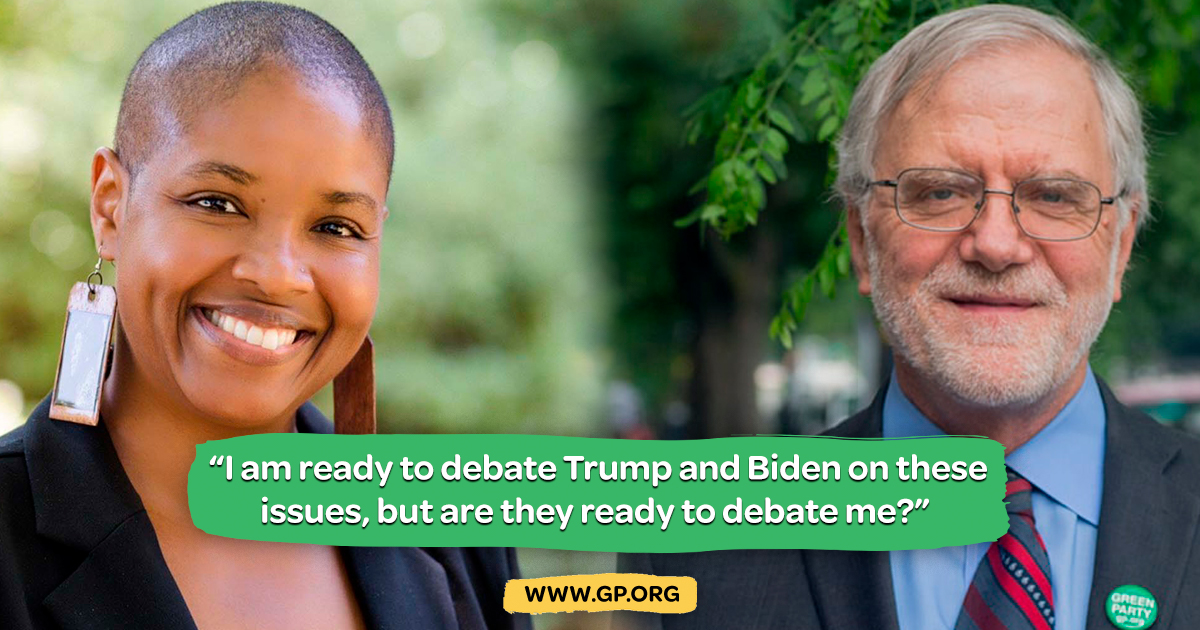 Hawkins thanked the Green Party for its support and said “Our campaign will reach out to the tens of millions of voters who are not represented by the two parties of the millionaires and billionaires, to the independent voters who have rejected both parties and to the ‘hold your nose’ voters who reluctantly vote for candidates they do not like, from political parties they do not trust.”

Hawkins is a retired Teamster from Syracuse, NY with long experience in popular movements on civil rights, environmentalism and opposition to war and imperialism. He is joined by Vice Presidential candidate Angela Walker, a veteran working-class activist with decades of experience, starting from her youth, working for racial and economic justice in social movements, unions, and as an independent socialist candidate. Howie and Angela are running to put two workers in the White House at a time when workers are underpaid, mistreated and not provided the essentials needed for economic security.

“The US is a bi-partisan failed state. We need real solutions to the life-or-death problems we face: Covid-19, racism, economic inequality, climate change and the new nuclear arms race,” said Hawkins. “The mishandling of the COVID pandemic has resulted in more than 135,000 deaths. The collapse of the economy has 47.2 percent of working-age people without work while the bi-partisans are bailing out their wealthy friends and families. The people are rising up against racism and police violence but Trump and Biden respond with violence. Neither party will confront the climate crisis but instead continue building fossil fuel infrastructure that heighten the crisis. And, the nuclear arms race is escalating while never-ending wars continue.”

Hawkins/Walker are running on a platform that includes

Angela Walker, who ran for vice president with the Socialist Party in 2016, said “Voters are confronted with a choice of two unpopular candidates backed by capitalist parties who put the 1% first. We must break this cycle because most of us are not in a position of privilege to afford the so-called lesser evil.”

Howie and Angela immediately challenged Trump and Biden to debates. Hawkins said “I am ready to debate Trump and Biden on these issues, but are they ready to debate me? Trump likes to attack socialists but does he have the courage to debate a real socialist? The Democratic and Republican owned Commission on Presidential Debates sounds like a government agency but is in fact a private corporation designed to keep their competition out.”

The Green Party presently has ballot access in 25 states including D.C., and is in the process of seeking ballot access in all 50 states. The party is already qualified in states with over 300 Electoral College votes, enough to win the election.