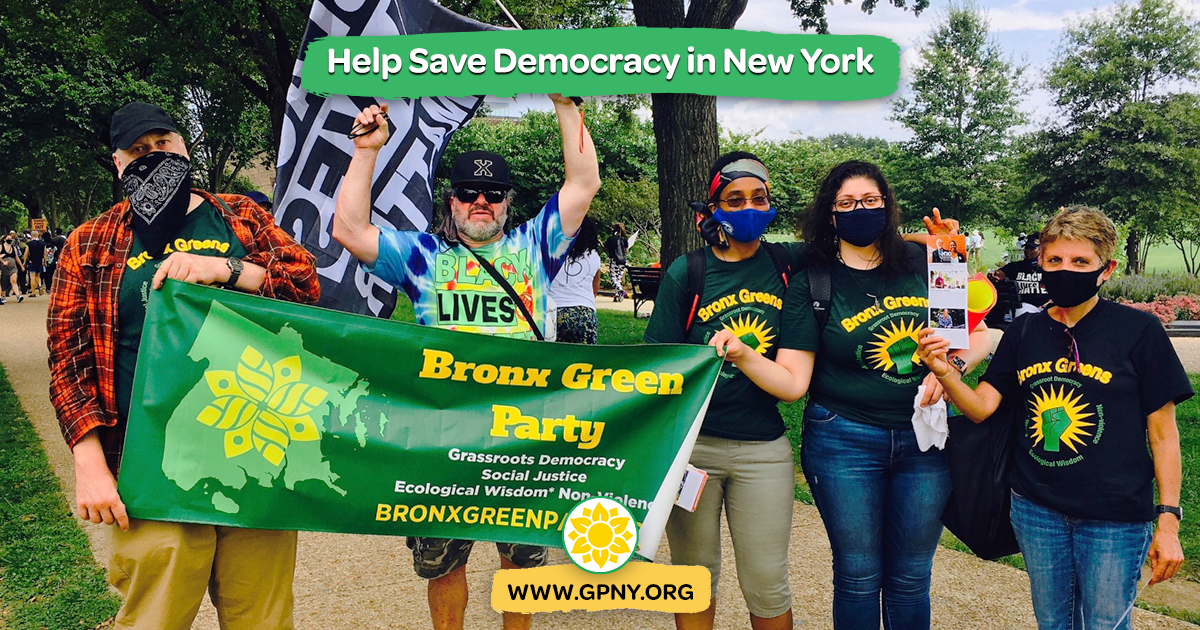 If you haven't heard, here is the legislation we're fighting:

Greens are organizing to make democracy a top campaign issue in 2022. We believe you have a right to vote for candidates who will enact an eco-socialist Green New Deal that includes an Economic Bill of Rights and bold initiatives to become fossil fuel-free by 2030.

Under current law, the Green Party candidate for Governor in 2022 will need a minimum of 45,000 signatures from registered voters to get on the ballot — but we'll have to turn in almost double that number in order to head off costly, signature-by-signature legal challenges. That means well over 2,000 signatures a day during the 42-day petitioning period next April and May. Our goal is to raise $100,000 before petitioning starts in the spring of 2022. Your donation of $22.00 will help the Green Party of New York reach its goal.

Voting rights include the right to vote for who you want, no matter their party affiliation. Our goal is not only to rescue the Green Party's ballot line but also fight for fair ballot access laws in New York. You deserve the chance to elect representatives who really do represent you!

P.S. Become a monthly sustainer and be part of the Green Party's initiative to bring election integrity to New York.