Honoring The Socialist Legacy of MLK 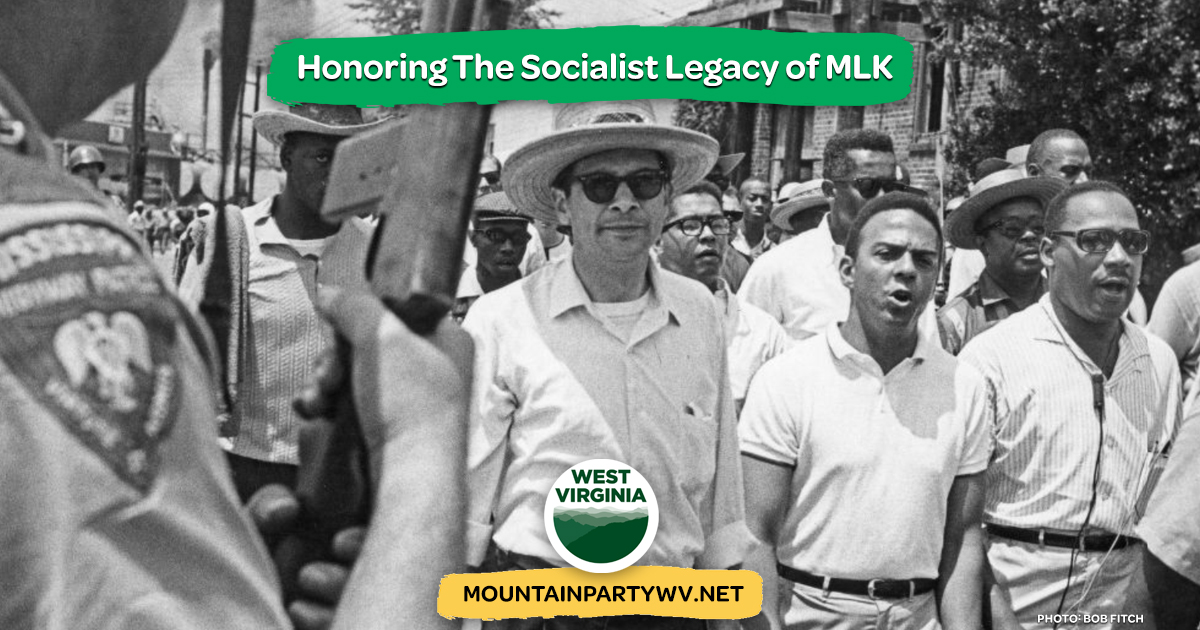 NEW MARTINSVILLE, WV – This MLK Day, conservatives and liberals everywhere will sing the praises of America's most notorious civil rights leader while at the same time completely ignoring Dr. King's strong adherence to democratic socialism which stemmed from his Christian faith. The christo-fascists in the GOP will be especially susceptible to this hypocrisy, posting MLK quotes about love and equality while at the same time pushing through legislation which aims to harm LGBTQ+ communities and pregnant people in the name of Christian values. Socialism, however, is much more in line with the teachings of Jesus than the conservatism and christo-fascism of the GOP.

While the Mountain Party has among its ranks people of all sorts of religious backgrounds and is not a religious party itself, its fight for collective and worker ownership over wealth and production, as well as its focus on fighting for the poor and dispossessed against the powerful capitalists, is a much better representation of the teachings found in the Christian Bible — such as Acts 4:32-35, James 5:1-6, Isaiah 1:27, and Matthew 19:23-24 — than any of the ungodly nonsense spouted by the GOP.

"Christian" fascists in the West Virginia Republican Party, such as Delegate Geno Chiarelli, prefer to use their interpretation of the Bible as a weapon against LGBTQ+ communities and reproductive rights – despite the fact that neither anti-LGBTQ sentiment nor anti-abortion sentiment is found in the Bible. Jesus plainly says in Matthew 19:23-24 that the rich will not see the Kingdom of God, and yet it is the rich whom politicians from both parties prefer to represent over working class people.

"Call it democracy or call it democratic socialism, but there must be a better distribution of wealth within this country for all God's children." — Dr. Martin Luther King Jr., Speech to the Negro American Labor Council, 1961